Robert joins Jason, Sam, and Diane in the interrogation room. Diane presents their case for requesting a new parole officer, who they think has a grudge against Sam by keeping her and Jason apart. Robert doesn’t do favors for the mob. Sam stops him from leaving by declaring it’s not a favor, but a trade. He snarks, “You’re finally ready to give up Sonny?” He doesn’t have time for games and starts to leave, but Jason counters they can give him Peter August. They present what they know about Peter’s link to Shiloh. Robert believes them. If they can bring evidence to tie it all together, he’ll take care of Sam’s parole problem. Alone, Diane warns Jason the chances of finding hard evidence are slim. Jason thinks it will at least give Sam something to focus on and make their separation easier.

Jax finds Nina back at work with Maxie in the Crimson office. Maxie leaves to get some numbers for Jax, who questions Nina on how she’s doing. Nina deflects by talking about Charlotte, who is the one who loses everything. Maxie returns to Nina’s office and overhears them talking about Valentin. Maxie walks out unsettled. Jax tells Nina it’s nice to have her back at work and exits as well. Maxie confronts Nina about not confiding in her about Valentin. It makes her feel like her feelings don’t matter. Nina assures her they do and explains she wasn’t even sure what she was going to do in regards to her wedding. Maxie just wants her to be happy no matter who she’s with. Nina tells Maxie how much she means to her and they exchange I love yous. Nina says she’s finally back to her old self so Maxie can take a breather at work. Won’t that be nice? Maxie half-heartedly agrees. When Nina asks if they’re good, Maxie unconvincingly confirms they’re great. 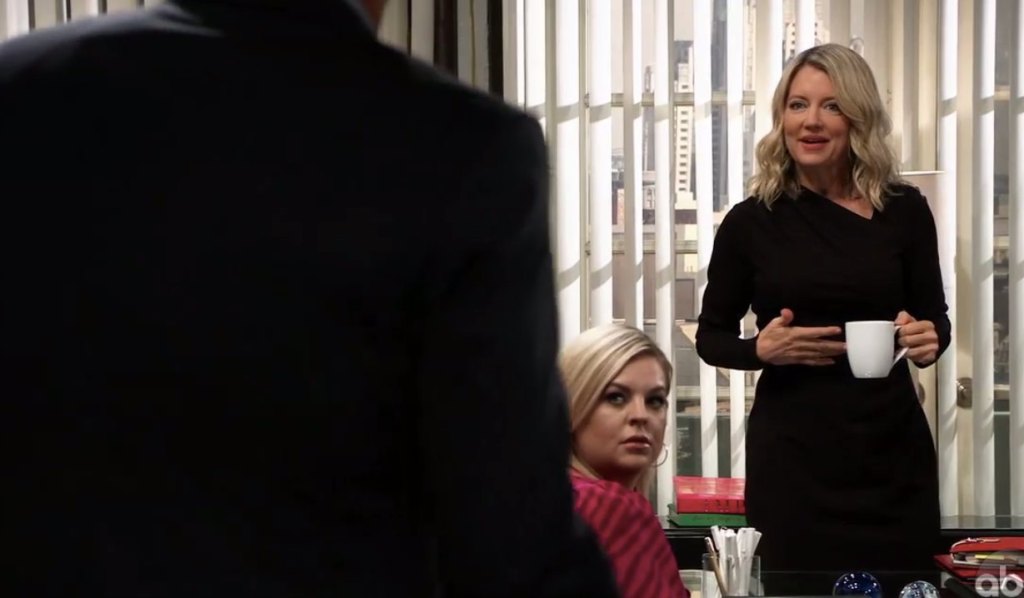 Finn comes home after dropping Violet off at school. Anna worries about covering for Peter. He suggests she find the line she won’t cross. He wishes her luck in meeting with Peter, who she’s called over. He leaves, as Peter arrives. Anna delicately questions Peter about what she found in the file. Peter talks in circles. He’s sorry he can’t be of help. He just wants to put this whole year behind him. Anna looks suspiciously at him and says she wants that too. She doesn’t think it’s pertinent to point out his connection and he thanks her. He’s trying to get away from being Henrik. 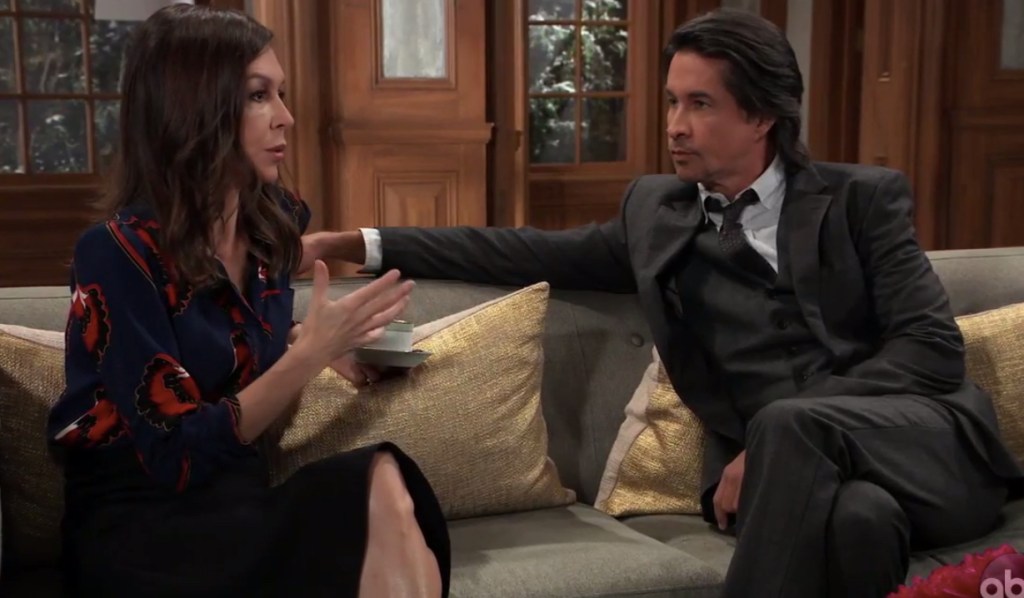 A distracted Brad runs into Michael who is holding Wiley at the hospital. Michael says daycare couldn’t reach Brad when Wiley got fussy so they called him. Brad says he’s been busy but assures him everything is under control. Michael doesn’t think it seems that way. Michael offers to pay for a nanny to help him out. Brad reluctantly agrees and thanks him. After being summoned, Jax visits Finn in his office. Finn wants to know if the Nikolas mess is what Hayden was involved with. Jax tells him about Nikolas attacking her leading to her absence. He promises to do everything he can to bring Hayden home. 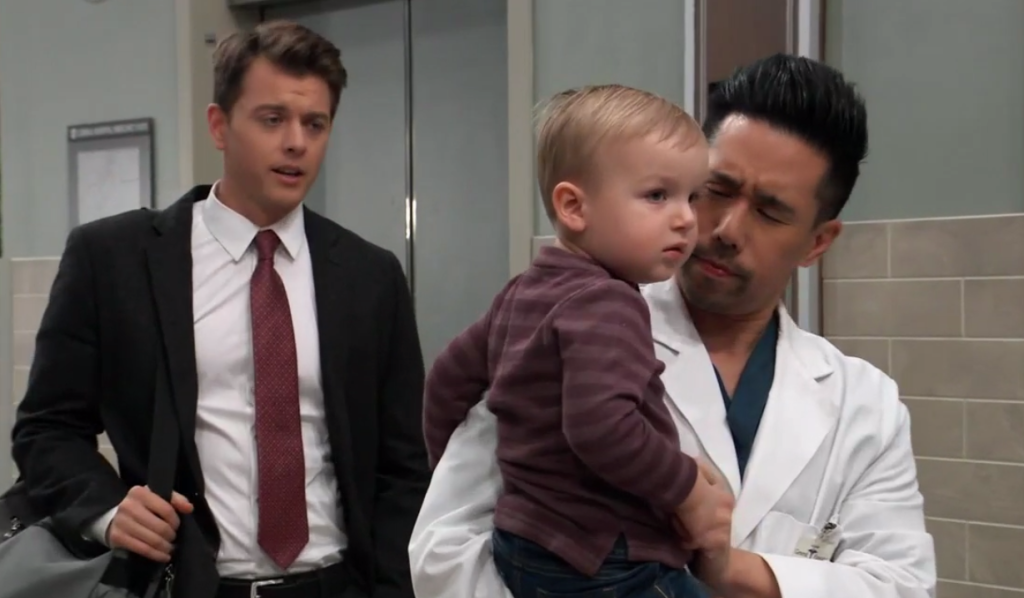 At home in the kitchen, Sonny shows Carly the article on a new Alzheimer’s treatment. Carly’s leery it came from Gladys, but Sonny checked it out. He thinks this could improve Mike’s brain function and buy him some time. Carly gets a message from Michael who wants to stop by to talk about Wiley and Brad. Sonny abruptly leaves to talk to Julian. When Michael arrives, he tells his mother how worried he is about Wiley’s safety because Brad is distracted. Carly supports the nanny idea and shares her doubts about the Alzheimer’s study with her son. Michael says all they can do is support Sonny. 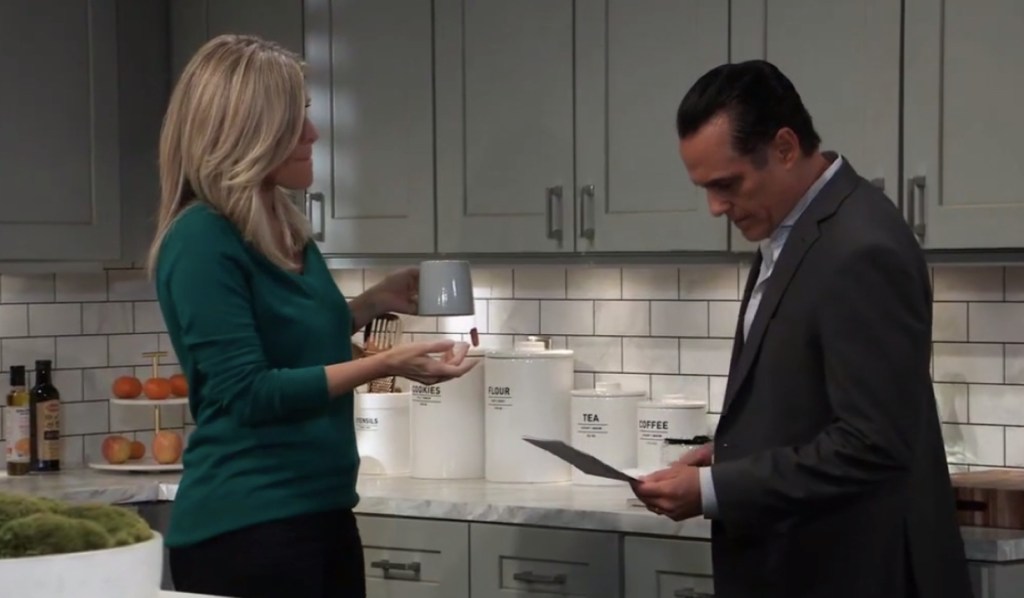 Ava enters Charlie’s as Julian hangs up with Turning Woods. She tells her brother she got married, which is her opening for revenge. Julian then forlornly updates her on Lucas and Wiley and gets a call, prompting Ava to leave. Julian answers to Brad who relays Michael is insisting on getting him a nanny. Julian thinks it’s a good idea. Outside, Ava runs into Sonny and tells him about being Mrs. Cassadine. Sonny shakes his head. She explains it’s not about love, but power, which is a game she knows how to play. Sonny warns if Avery gets hurt or Ava ends up murdered he will be very unhappy. He walks into Charlie’s as Julian hangs up with Brad. Sonny declares he knows what Julian and Brad talked about on the pier when Carly saw them. 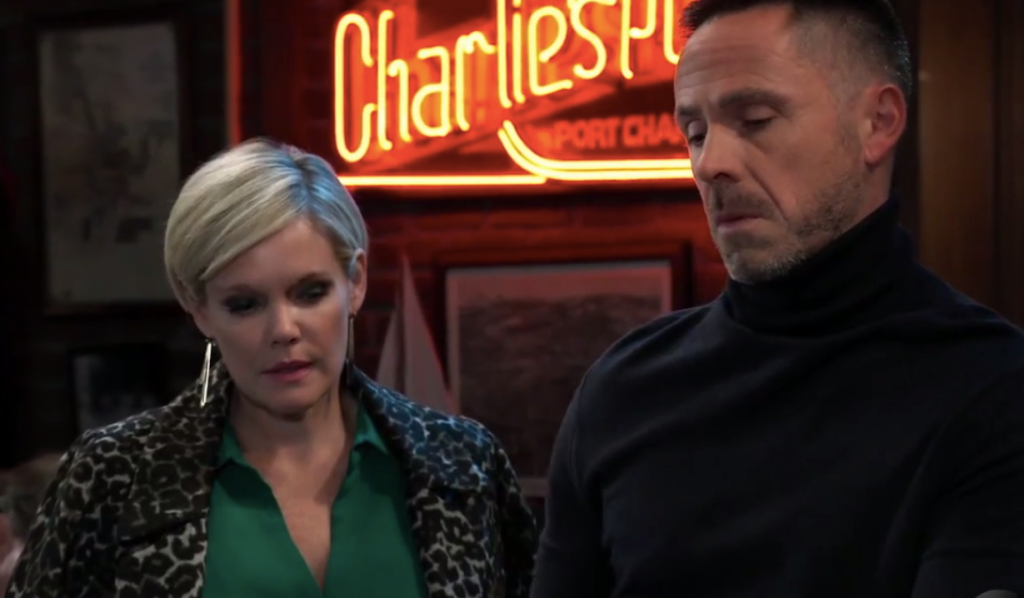 Elizabeth lashes out at Nikolas.

Brad has the perfect person for Wiley’s nanny.

Jordan wonders if Jason made an enemy.

Lulu Prepares to Fight Valentin for...