Monday January 6, 2020: On General Hospital today, Joss makes a pass at Dev, Nina confronts Valentin for his lies, and Laura lashes out at Nikolas. 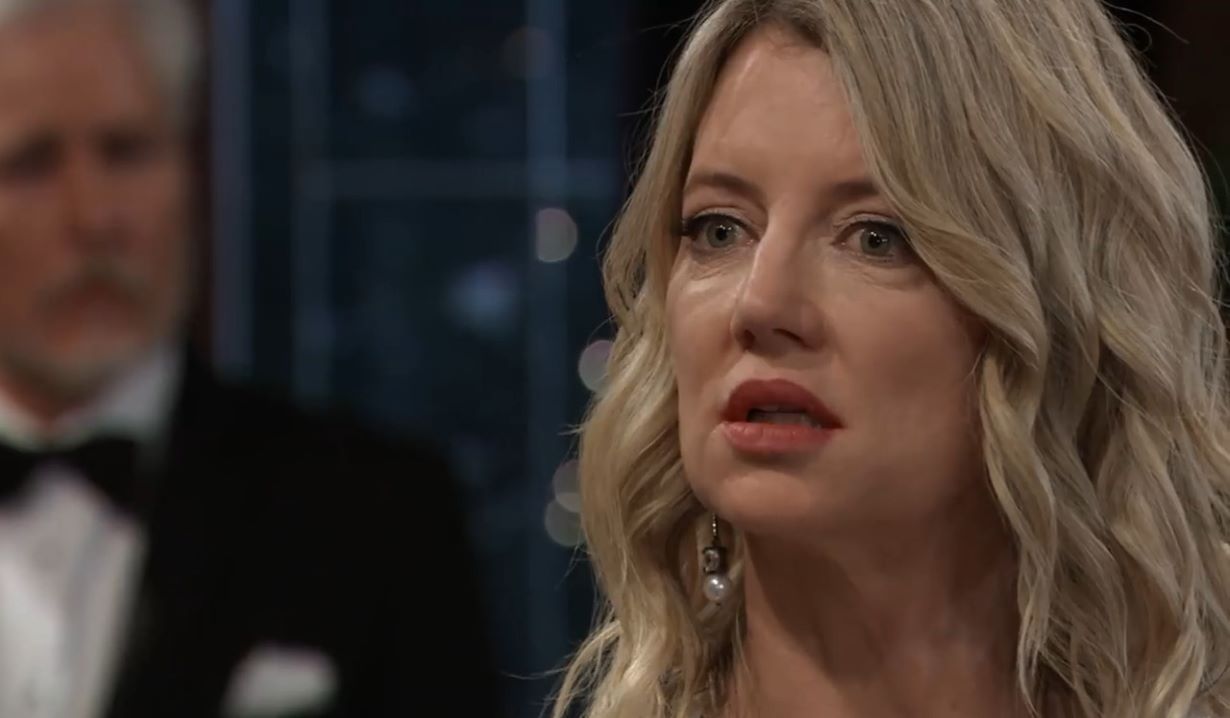 Everyone is shocked at Wyndemere as soaking Nikolas strides into the great room with Ava in his arms. 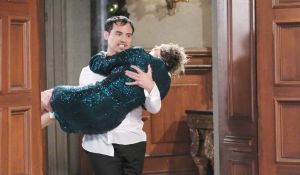 The wedding grinds to a halt and Laura runs over to her son. The children are sent out as Nikolas reunites with his family. Valentin squints and Lulu accuses him of holding Nikolas captive. He denies this. Ava accuses him of trying to kill her and he dismisses her as drunk. Nikolas starts barking that Valentin is about to lose everything. He explains that he has the codicil and it grants the entire Cassadine estate to him. Valentin refuses to believe it. Nikolas says that Valentin is Helena’s son and not a Cassadine at all. Valentin rejects this and mocks the prince’s manhood. Nikolas starts breathing heavy so his mom and sister drag him away. Valentin turns and Nina admits she’s not surprised to see the ‘dead’ man. He guesses she planned the wedding to hurt him as much as possible. Wrinkling up her face, she says she knew the truth about Sasha and Liesl told her about the DNA tests. If he’d only told her the truth, he could have stopped this. He tells her he will always love her, no matter how badly she hurts him. The truth is, he may not have the skill to love her. He points out that Nikolas, Liesl, and Jax have all been using her more than he has. After he exits, Ava reminds Jordan that Valentin tried to kill her tonight. Martin points out that Ava is drunk and Liesl isn’t reliable. Ava insists Valentin is going down and walks off. Jax walks over to Nina and offers to help. She leaves to change her dress. Meanwhile, Jordan tells Curtis a crime has been committed and she needs to question Valentin. 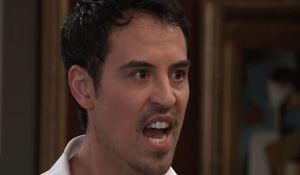 Down the hall, Nikolas tells his family how he survived. After discovering the truth about the will, he had to be meticulous about making his return. He begs for understanding. Laura slaps him and then gives him a lecture for what he did to his son. She hates Valentin, but what he did pales compared to what Nikolas did to Spencer. He insists that he did what he did for his son and he won. Ava interrupts and announces that she and Nikolas are getting married tonight. Laura and Lulu’s jaws drop. 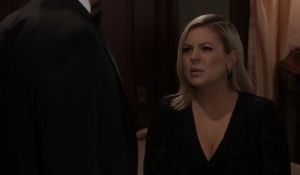 Upstairs, Maxie and Peter put Charlotte to bed. He tries to calm her fears and tells her that it’s better not to listen in on what’s happening. He assures her everything will be better in the morning. As Charlotte sleeps, Peter and Maxie discuss where Nikolas must have been. It’s obvious he’s not a sweet prince anymore. She suspects that Liesl knew this wedding was planned with ulterior motives. She can’t imagine living with those kinds of lies. Peter tells her rotten people love too. Valentin enters and picks up his daughter. Maxie says he’s not going anywhere with her. 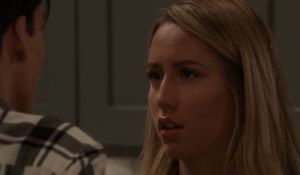 Dev arrives at the Corinthos compound and Joss surprises him with a gift for the new year, as is the custom in Turkey. This includes red underwear. They laugh about it. He gives her a fancy pen and a pomegranate to smash for good luck. When they smash it, they are covered in juice. She wipes it from his face, and he promises this year will be better for her. She kisses him but he doesn’t respond and makes it clear he doesn’t feel that way about her. She’s flustered and embarrassed. He says he doesn’t want to disrespect her family. 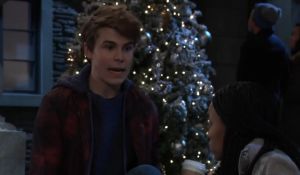 In the town square, Trina asks Cam how he wants to celebrate the end of his probation. They skate but she falls so they sit down and discuss Dev and Joss. Trina prods him to admit he has feelings for Joss. He insists he doesn’t. She thinks Dev and Joss will be a thing soon. He thought she was after Dev, but Trina says he gave her the pushback. He’s annoyed that she’s been pushing them together. She insists that Joss needs a transitional man so she can move on from Oscar. After he calms down, Joss and Dev arrive. Joss sends the boys away and tells Trina she kissed Dev and he wasn’t into it. The boys return and they all skate.

Ava has a change in fortune.

Valentin Is Arrested, As Nikolas...