Valentin Pushes Ava off the Wyndemere Turret on His Wedding Day 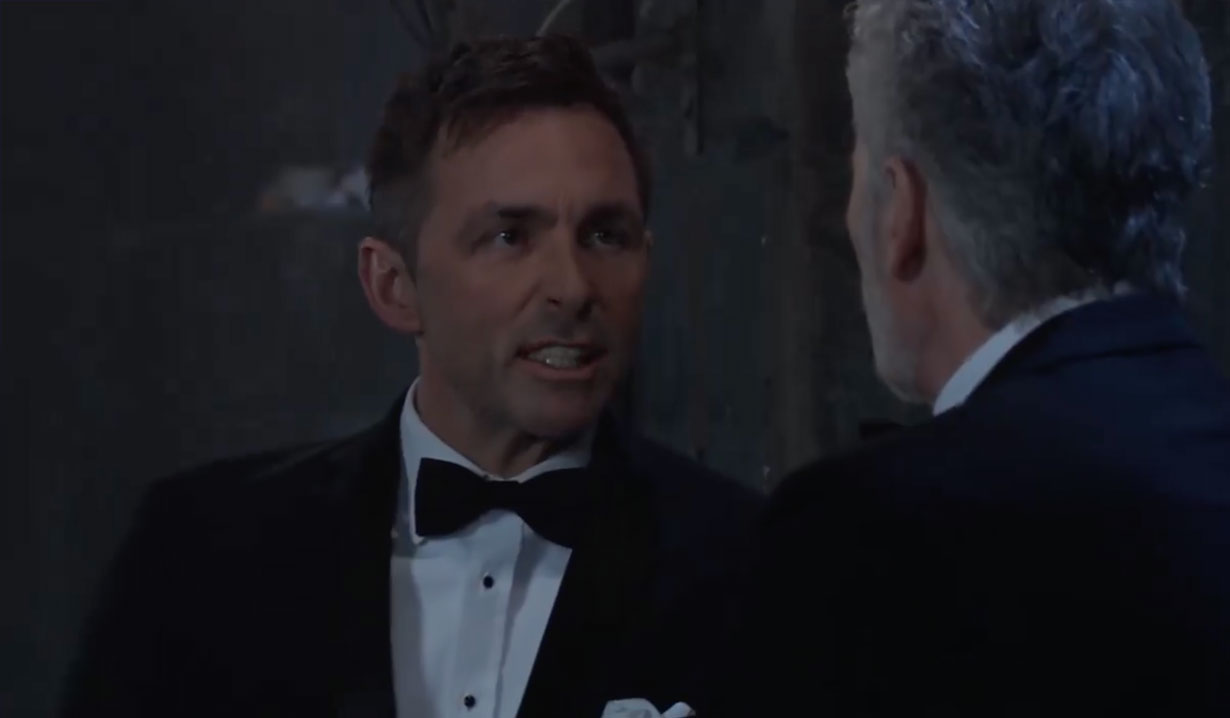 At the Metro Court bar, Sam tells Jason that her parole officer has scheduled a home visit for that evening. 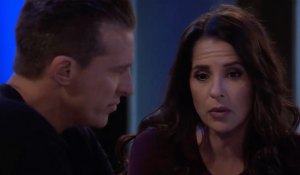 Michael arrives after receiving Sam’s message, and she tells him about Shiloh’s memorial. Michael also got an invite, and Sam says Kristina received one too. Jason has Spinelli looking into who is behind this. Sam excuses herself to go to her meeting, and after catching up with Michael a bit, Jason decides to head out to be with his family. 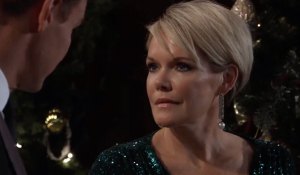 Jax arrives at Wyndemere for Nina’s wedding and is greeted by Obrecht. Jordan and Curtis arrive, followed by Laura and Ava. Ava is thrilled to see everyone and says this event will be most memorable. Jax pulls Ava aside and knows she and Nina are up to something, and he doesn’t want to see Nina hurt. Meanwhile, Charlotte enters and is thrilled to see her grandma Laura. Charlotte wonders to Laura why her bodyguard isn’t around any longer. Laura suggests her imagination made up the bodyguard to feel safe, but Charlotte knows he’s real because he has a ring just like her father’s tattoo. She excuses herself to get a Shirley Temple leaving Laura troubled. Up in the turret, Valentin tells Martin that he believes the codicil still exists and Ava has it. Valentin has a task for Martin. Martin heads downstairs and introduces himself to Ava. He claims to be an admirer of her gallery and asks for her opinion on one of the paintings in the home. He leads her off and up the tower where outside Valentin is waiting. Martin leaves them, and Valentin asks Ava where the codicil is and what she wants for it. She wants nothing from him. Back at the party, Laura calls Lulu and asks her to send her the photo she has of Nikolas on her phone. His ring is not in view in the picture.

More: Behind the scenes of the new Quartermaine set 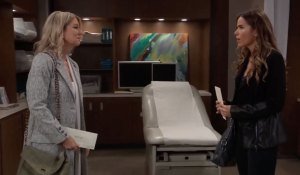 At General Hospital, Nina looks at the DNA results and runs into Sasha. Sasha is surprised to see her there given it’s her wedding day. Nina was on her way home and drops the results. Sasha picks them up and sees them. She confronts Nina and asks how long she’s known she didn’t act alone. Nina’s known all along and explains how Valentin faked the DNA test. Sasha doesn’t know what Nina is thinking of doing but reminds her she is a good person. Nina wishes her a happy New Year and departs. 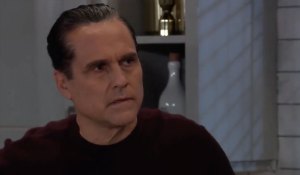 At the Corinthos estate, Carly asks Sonny not to lash out, but Nikolas Cassadine is alive and in Port Charles. She explains Jax is helping him to find a codicil to Mikkos’ will, which they thought was in Helena’s portrait. Sonny notes Nikolas is a fugitive, and helping him is a crime, so Jax is in legal trouble. Carly warns Sonny not to go there. Sonny asks why she couldn’t trust him with this. She explains she didn’t want to have this argument and have him react and blow-up their family. He asks who else knows, and Carly believes only them and probably Ava. Later, Sonny makes some calls to make sure Spencer is watched over. Carly asks where they stand now that the truth is out. Sonny says she didn’t trust him but chose to trust Jax.

At home, Sam cleans up before the parole officer arrives. The woman, Delores Malone (played by Andi Chapman), arrives and looks around to make sure everything is in compliance. Later, Delores asks Sam if Jason Morgan currently resides in the home. Later, Jason returns and Sam tearfully tells Jason this has to be the last time she sees him.

Back at the Metro Court, Sasha meets Michael and tells him about her run-in with Nina, who knows the truth about Valentin. She’s worried that Nina is heading for a world of hurt.

Nina arrives at Wyndemere and apologizes to all her guests for being late and indicates she won’t be long. Charlotte is glad to see Nina and thinks everything will be okay once she marries her papa. Nina tells Charlotte never to forget that she loves her. Curtis sees Laura is concerned about something, and she tells him that Charlotte swears that Nikolas is her secret bodyguard. Up in the turret, Ava refuses to turn over the codicil, so Valentin pushes her off the tower and she lands in the waters below.

Willow tells Chase that 2020 will be a great year.

Ned tells Olivia his daughter has made her bed and now has to lie in it.

Jax warns Nina if she takes out Valentin then she has to take out Charlotte.

Charlotte asks her papa why he’s on the turret.

Sam wonders to Jason if they can fight this. 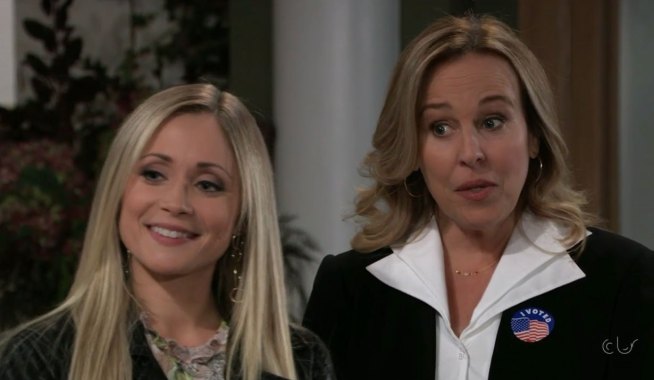 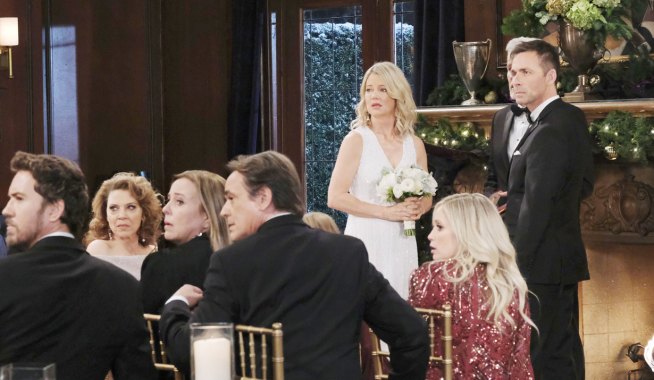