Sonny Confronts Carly About What She’s Been Hiding

Monday December 29, 2019: On General Hospital today, Jason thinks Sonny is making a mistake, Sam, Harmony, and Willow get a disturbing message, and Nina picks up the test results. 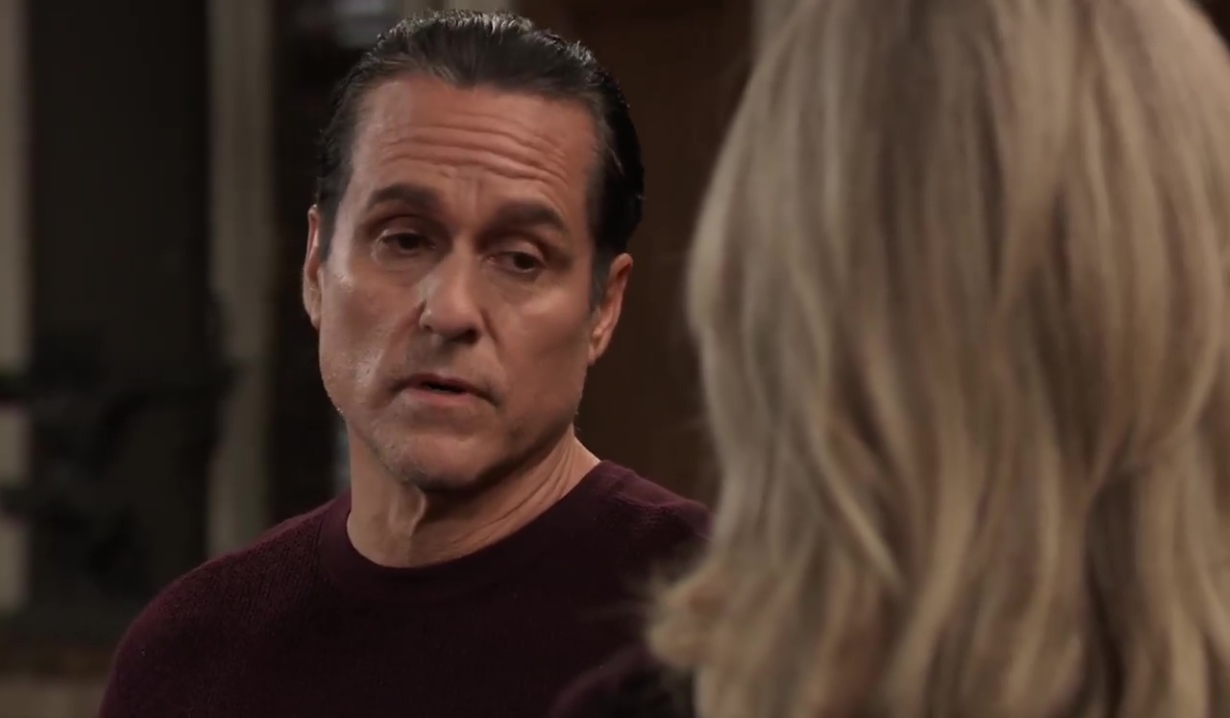 Ava bumps into Curtis at the Metro Court. He’s surprised she’s so chipper after losing out on a major deal. She says 2020 will be her year and strolls off to make a call to Nina, asking if she’s ready for the wedding. Nina’s worried about the collateral damage she’ll be causing. She hangs up when Valentin appears. Ava turns around and bumps into Laura, who wants to know why she burned the portrait. Ava insists that she was not helping Valentin and he will get what’s coming to him. Curtis interrupts. They discuss the wedding and Ava hopes to see them both there. After she leaves, Curtis and Laura guess there must be a reason for them to go to the wedding. 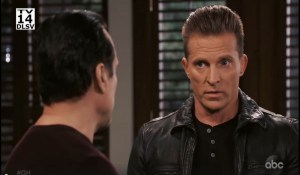 At the Corinthos compound, Sonny’s security guy, Gio, gives him an update on what Carly has been doing. Jason arrives and wonders what’s going on. Gio takes off. Jason guesses that Sonny is keeping tabs on Carly. Sonny admits it and says it’s the only way to protect her from herself. Jason worries that this will only make things worse. He suggests that Sonny is taking action with this because he can’t with Mike.

Sam runs into Willow at Turning Woods. Sam is surprised to learn that Julian has been spending so much time with Lucas. When Julian appears, Willow goes off to check on Brad and Julian mutters that Lucas should never have been in the car. A few feet away, Willow apologizes to Brad for almost letting Nelle hold Wiley. That irritates Julian and Sam. He suggests that Brad head down to the pier. He’ll meet him there after he fills out some paperwork. After the men exit, Sam assures Willow that Nelle has fooled plenty of people. Simultaneously, they get a chain text inviting them to Shiloh’s memorial. Harmony suddenly appears and explains she got a job there. She gets the same text and wonders if Daisy is behind it. Jason arrives. Harmony thanks him for convincing her to do the right thing. They tell him about the memorial. He grits his teeth and guesses someone is looking for revenge. 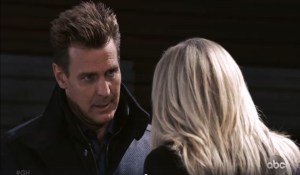 Carly meets with Jax at the pier. He informs her that Nikolas has disappeared. She can’t understand why Nikolas is behaving the way he is. Jax explains that Nikolas has changed and is only interested in revenge. He says Valentin will fall and he’s waiting to see what happens. Carly is eager for this to be over. Gio eavesdrops around the corner as Carly tells Jax that she’s dealing with a lot right now. He hugs her and says he’ll always be there for her. They spot Brad and Jax takes off. Brad starts to complain to Carly about how Nelle is responsible for his problems. Julian shows up so Carly leaves. Gio continues to eavesdrop as Julian warns Brad to stay away from Nelle.

At Wyndemere, Charlotte shows Nina the flowers that have come. She wants to take a ride before the ceremony. Nina says it will have to wait. The kid runs off to get her toy horse. Valentin reminds Nina that they will officially be a family in a few hours. He notices that Nina seems worried. She makes excuses and asks if he’s really sure the danger he’s faced is now behind him. He insists that the love that she and Charlotte give him is all he wants. Charlotte returns with her toy horse. They sit her down and Charlotte explains that Laura recognized a photo of her bodyguard that Lulu had on her phone. Valentin decides he better talk to Laura and storms off. Nina gets a call from the hospital. They have the DNA tests ready for her.

Jax drops by the Metro Court to meet with Curtis, who asks Laura to stick around. Jax explains that he’s hired Curtis to find Claudette. They look across the room as Ava happily embraces Julian. They tell Jax that Ava is crashing the wedding. Jax calls Nina to warn her but she says Ava is the least of her worries. Julian sits with his sister and wishes Brad was in a coma. She urges him to find out who has been named guardian in the will. As she mentions codicils, Valentin looms around the corner. 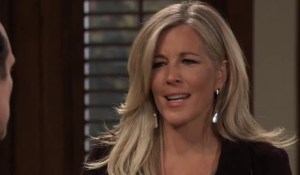 Gio returns to the Corinthos compound and fills Sonny in about Carly, Jax, Julian and Brad. Carly arrives and Gio excuses himself. Sonny starts to grill Carly and she accuses him of treating her like the enemy. She says it’s time to tell him what’s going on.

Nina goes to the hospital and picks up the DNA test results.

General Hospital will air an encore of its December 29, 2017 episode. 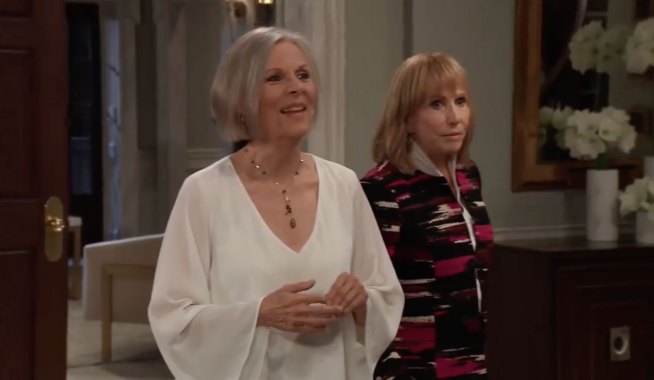 Tracy Surprises Her Family, and Sam Is Released in Time for Christmas