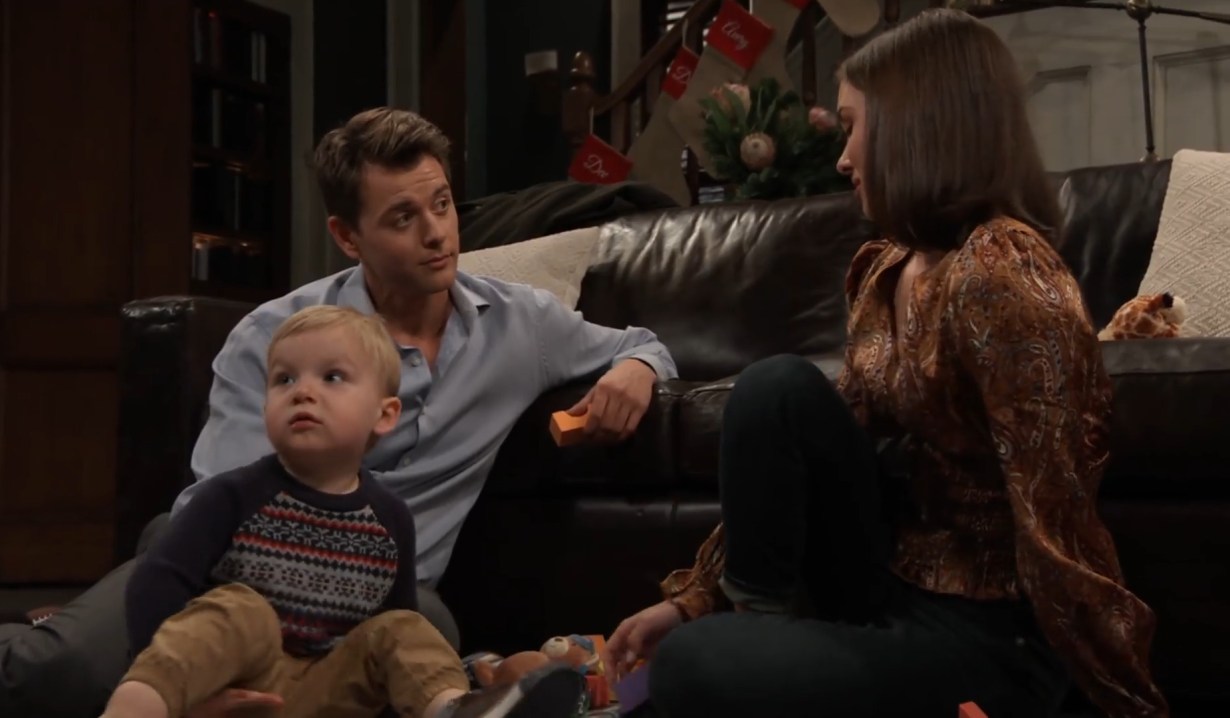 General Hospital will not be seen today, Wednesday December 25. While viewers wait for a new episode to air on December 26, which Soaps.com recapped early where Finn warned Anna to turn Peter in, please let us know what you think about a potential Sasha/Michael/Willow/Chase love quadrangle. Based on Friday’s episode when Michael invited Willow to visit Wiley and GH’s A Christmas Carol episode involving Willow’s Belle leaving Chase’s young Scrooge for Michael’s character, it seems they might be going in that direction. Would you want to see that happen or do you like the couples as they are? Chime in below!

Violet asks for her mother.

Brook Lynn has a present for Julian.