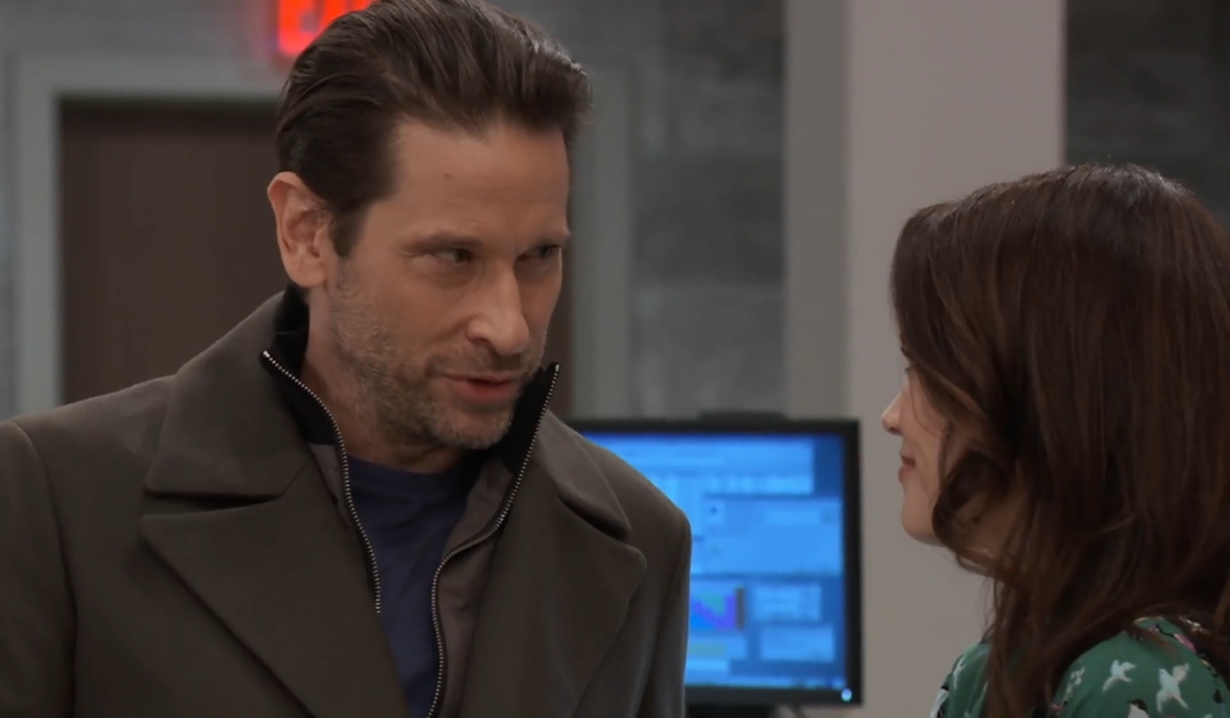 Liz runs into Julian at General Hospital and they talk about Lucas’ latest test results. He congratulates her on Franco’s recovery and asks if he’s aware of everything that happened with Kim. She spots Franco and walks over to him. After she slips his ring on, they kiss. Before they can exit, Jordan shows him a photo of the guy who tried to assassinate him. He points out that he doesn’t have Drew’s memories so she should talk to him. The cop takes off and Liz tells Franco they have a lot to discuss at home. 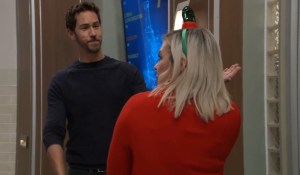 Meanwhile, Maxie drags Peter through the halls to spread Christmas cheer. They pass by Nelle’s room as Martin enters. He quizzes Nelle about her stabbing and wonders why he is working with someone as unreliable as her. When she threatens to end their deal, he warns the only way she is getting out of Pentonville is if she does as he says. Jordan interrupts and tells the convict that she’s going back to prison. Martin escorts the cop out to talk to a doctor about this. Down the hall, Brad talks to unconscious Lucas. He believes his husband would want him to send Wiley back to Michael, but he’s not sure he can. Julian arrives and says Lucas’ doctor wants to speak to them. They meet in the hall and the MD explains Lucas has slipped into a coma and should be relocated to Turning Woods. Julian goes into his son’s room and assures him that he will have everything back on track by the time he wakes up. 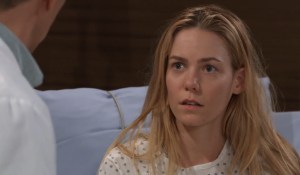 Outside, Amy finds Brad moping on the floor and telling her how perfect his husband is. She tries to cheer him up with gossip and informs him that Nelle is there. He jogs off to Nelle’s room and tells her that his life is a mess and it’s her fault. Brad’s now determined to do what’s best for Wiley. By the elevators, Jordan corners Julian and tells him she has the forensics report on Brad’s car. They haven’t come up with anything so she’s closing the investigation. 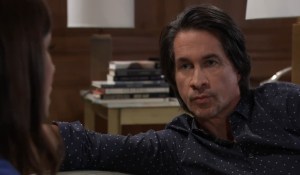 At Anna’s, Finn is exhausted and worries about cartoons rotting Violet’s brain. He notices that Anna’s desk is covered with papers about her son. The doctor makes tea and she talks about all the crimes Jason thinks Peter is guilty of. She goes over the evidence but admits she hasn’t found a strong connection yet. Anna wants to exonerate Peter and Finn suggests that it ultimately comes down to who or what you believe. Peter and Maxie arrive with gifts for Violet. As the men get them from the car, Maxie tells Anna how happy Peter is making her. When Anna is momentarily left alone, she looks through her paperwork on Peter again and mouths, “Oh no.” Peter was at the same DVX company the gunman was. 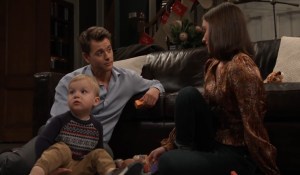 Willow arrives at the Corinthos compound and Michael tells her that he has some fun things planned for her and Wiley. They roll a ball back and forth. Willow admires how good Michael is with kids. He tells her about when he had custody of Avery and how he took her away from Sonny out of revenge. Michael explains that he eventually came around to forgiving Sonny. As they continue to talk, Amy calls and tells him that Brad is low and needs to see his son.

Michael and Willow arrive at the hospital. Martin runs into Michael and introduces himself as Nelle’s attorney. Michael suggests he steer clear of her and tracks down Brad. Back down the hall, Nelle runs into Wiley and Willow.

Liz and Franco go home. He’s impressed by the cake that Aidan made and the welcome home sign. She explains that Aidan is in Ireland with Lucky and assures him the other kids will be around to celebrate his return. Franco asks about Drew. She explains he’s missing and presumed dead. “It’s because of me,” he says, distraught about how unfair all of this is. Liz tells him that Drew chose to give him back his life because of what he did to save him when they were kids. He’s determined to lead his life in honor of Drew and be grateful for everything. Sobbing, she tells him how relieved she is to have him back. They kiss but she leaps away. She explains that Drew had sex with Kim when he was in his body.

The residents of Port Charles experience a special Dickensian twist for the holidays. 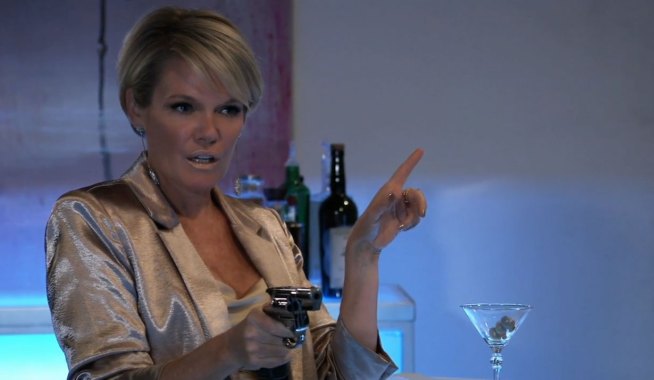 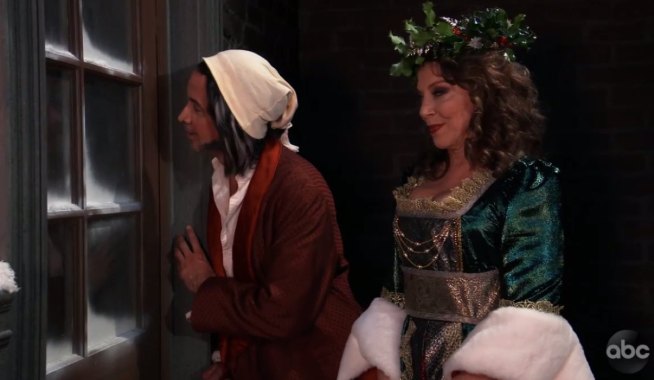