Peter Orders a Hit on Andre, Anything to Stop the Procedure 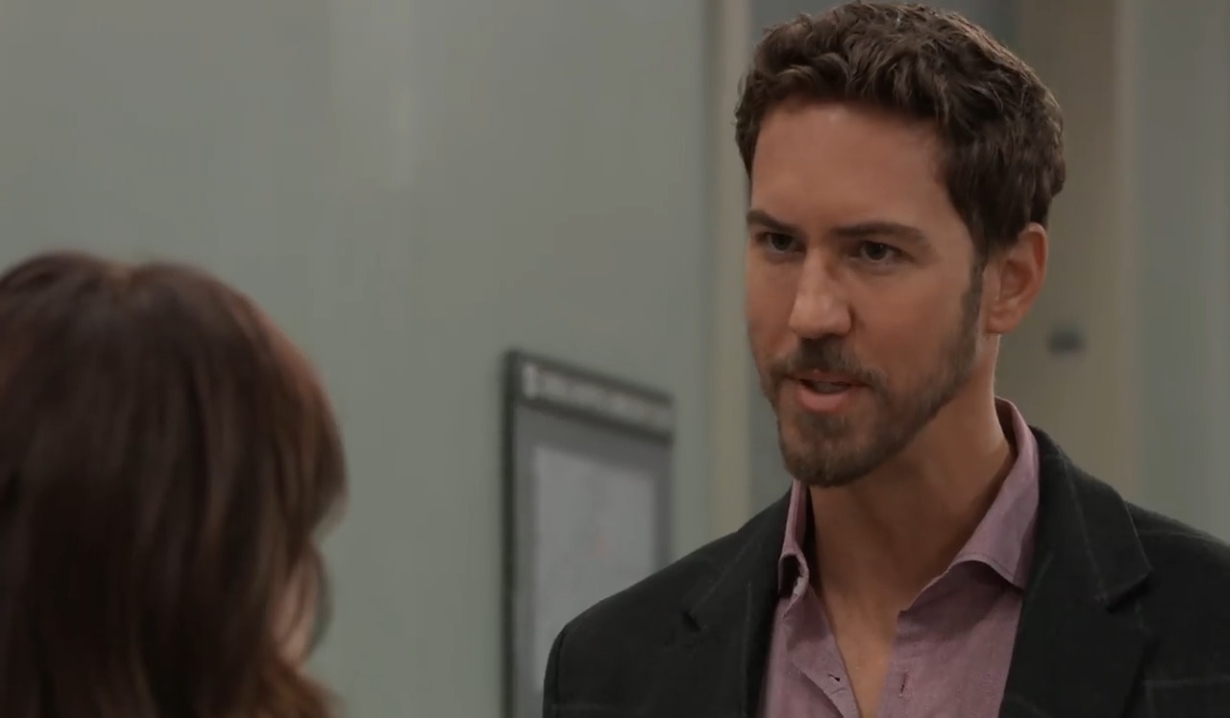 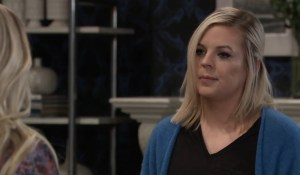 At home, Maxie tells James she loves Peter with all her heart. She then answers the door to her beau. She tells Peter he doesn’t have to knock anymore now that he lives there. After Peter has left, Lulu arrives with a housewarming present for Peter and to vent to Maxie about Brook Lynn. Maxie suggests Lulu figure out what Brook Lynn is covering up and then she’ll have all the leverage she’ll need against her. Maxie gets a call from Felicia who tells her about Lucas.

Ned finds “Drew” on the Quartermaine terrace as he works on Oscar’s treehouse. “Drew” says he doesn’t have a whole lot of time left since his procedure is this morning. Ned gets a call from 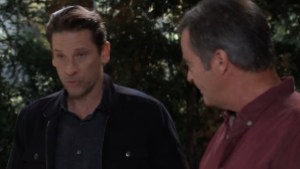 Lois. He asks her what is going on with their daughter. Inside, Brook Lynn accuses Monica of sabotaging Thanksgiving dinner. Monica explains she did it so “Drew” could experience his only Q Thanksgiving. Olivia walks in upon learning from Epiphany the family donated food to the hospital. She blames Monica, but Brook Lynn insists it was her because she missed the tradition. Olivia and Brook Lynn trade barbs before Olivia saunters out. Monica thanks Brook Lynn but wonders what it will cost her. Brook Lynn assures her she doesn’t expect anything. Monica doesn’t trust her. Jason arrives to see Ned. He gives him a list of names on Sam’s parole board. Ned recognizes them and assures Jason they are all decent guys and should deal fairly with Sam. Ned then suggests Jason help Drew with the treehouse. Jason heads outside as “Drew” prepares to leave. Jason assures him he’ll finish the treehouse and wishes him luck. Back inside, Ned overhears Brook Lynn yelling at someone on the phone to stop harassing her. As he questions her about it, Olivia enters to tell them about Lucas. Brook Lynn runs out. Ned tells his wife he knows his daughter is hiding something big. Back outside, Monica joins Jason who just finished the treehouse. They talk about “Drew” doing the right thing. Monica will miss him though. Jason hugs her.

Finn brings Violet to the hospital and sees Liz. He asks about Hayden. She promises if her sister reaches out, he will be the first to know. Later, Peter arrives to discuss “Drew’s” procedure with Liz, explaining he feels responsible for the situation. 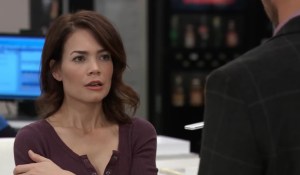 Liz confides trying to prepare herself for it not working which means she will have to let Franco go. Elsewhere, Jason tells Sonny he has to take action so things work out the way he wants where Sam is concerned. Near Lucas’ room, Griffin meets with Carly. She thanks him for coming because her mother doesn’t trust anyone with Lucas as she trusts him. Sonny joins them and greets Griffin, who explains he’s working with a traveling organization that helps people lacking medical care. Sonny is glad he’s there. After Griffin looks at Lucas’ labs he says they are at the ‘wait and see’ stage and assures them there’s nothing he would have changed about his care. Carly leaves to tell Bobbie. Alone, Griffin asks about Mike. Sonny grows sad as he updates him and asks Griffin to look at his father’s labs. After he does, Griffin explains to Sonny and Carly that Mike is significantly deteriorating. Sonny will pay whatever it costs to give them more time. Griffin knows of a study, but he’s not sure Mike could get in. Sonny has the means, so he orders Griffin to get him in. Lulu and Maxie run into the hospital and see Brook Lynn. The women bicker. Meanwhile, “Drew” steps off the elevator and locks eyes with Liz.

At the Metro Court, Anna has breakfast with Robert, who warns her about Peter. Anna urges him not to push her on this, but Robert knows she’s too smart not to see the truth. Violet runs up to hug Anna, as Finn stands nearby beaming. Robert takes Violet to the bar to color. Finn sits down as Anna vents about Robert, but Finn can’t take his eyes off of his daughter. Anna sees Peter race in. He orders someone on the phone to kill Andre, “Drew” or both as long as the procedure doesn’t happen. Anna comes up behind him. 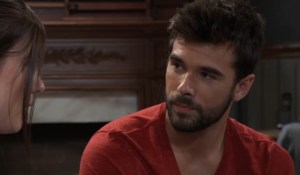 Chase urges Willow to talk to him as they spend the morning at the apartment. She cautiously tells him she thought she was pregnant for a few days. The experience made Willow realize she does want to be a mom someday but she doesn’t know if she’s just longing for Wiley. Chase knows she’ll be a great mom and he wants to have kids with her, but he thinks they should be more settled in their lives. He thinks they should enjoy the stage of life they are in now and they make out.

Griffin says he’s there for Lucas.

Valentin asks Nina if Ava gave her anything useful. 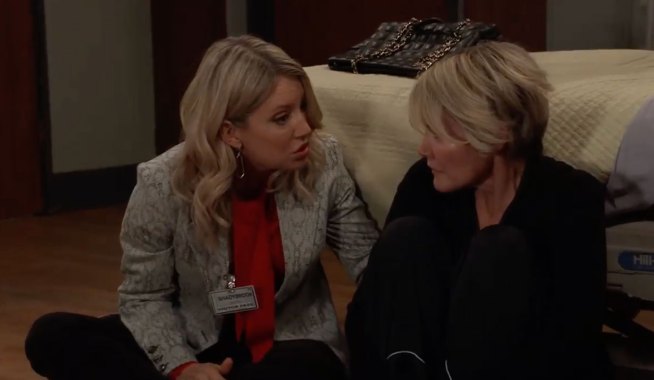 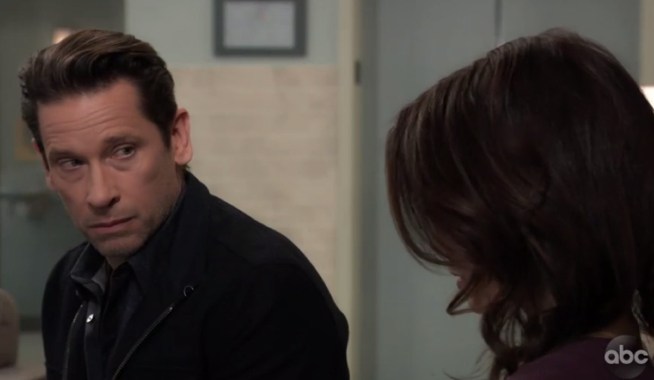