Lucas Learns the Truth About Wiley And Accidentally Runs Over Kendra

Monday December 2, 2019: On General Hospital today, "Drew" attends a traditional Quartermaine Thanksgiving, and Kendra tries to murder Alexis as Neil and Julian go looking for her. 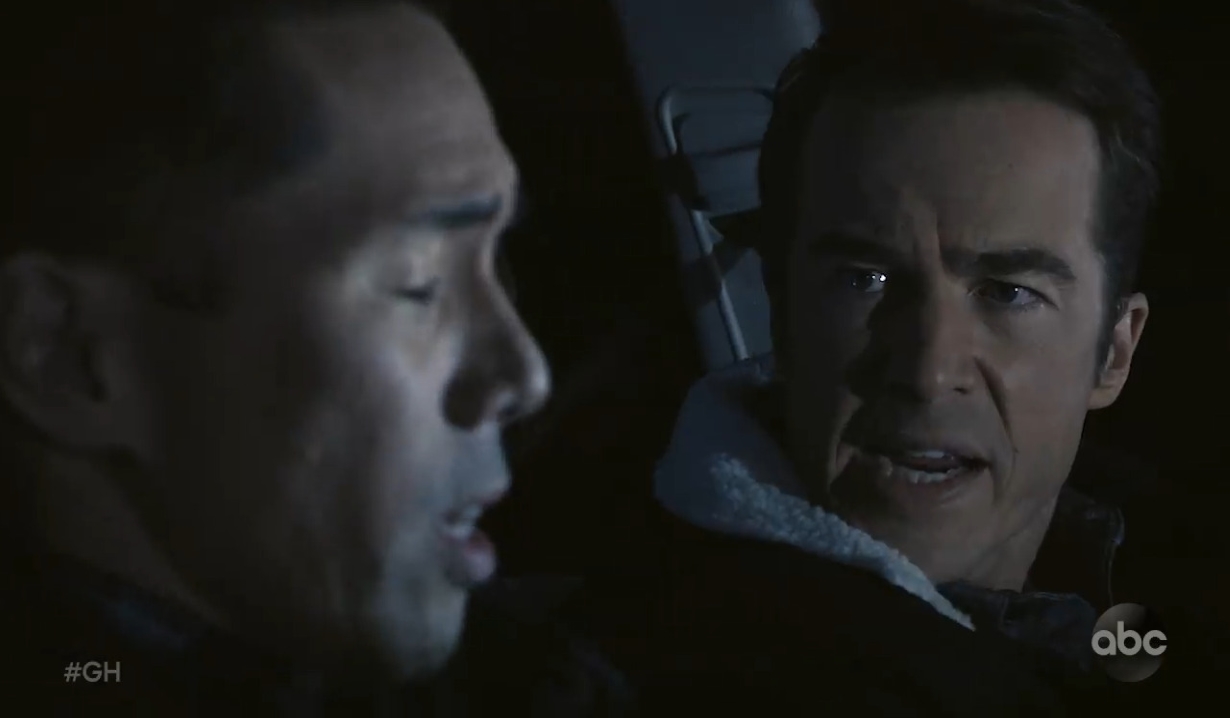 Robert shows up at Anna’s with wine. He’s happy to see Violet again. 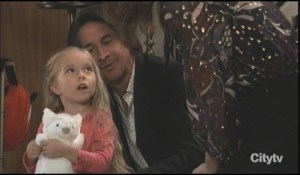 When Scorpio starts making remarks about Finn, Anna drags him into the other room, and they bicker about the doctor’s delay telling her about his daughter. Robin calls and assumes her parents are fighting. She lectures her father and tells him to cut Anna some slack. Meanwhile, Andre explains to Maxie and Peter that recovering the old Franco is like restoring an old painting. The Drew part could wind up becoming dominant. Maddox leaves to take a call. Maxie can tell that Peter is uncomfortable and assumes he’s blaming himself for his involvement with Jason’s abduction. She doesn’t blame him though and reassures him. Anna returns to Finn and Violet. The little girl is starting to miss her mom. Anna tries to distract her with turkey. They snap the wishbone and Finn tells his daughter she is his wish.

More:  Review of Ryan Paevey’s Christmas at the Plaza 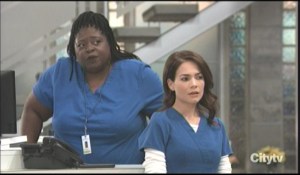 At General Hospital, “Drew” tells Liz that he’s going to the Quartermaine Thanksgiving. She tells him it’s an experience. He’s going to stop by Oscar’s Meadow on the way to say goodbye. Liz tells him how grateful she is for his sacrifice. After he exits, Liz wonders to Epiphany how she can ever thank someone who is giving up so much. Epiphany says the only thing to do is say thank you. Meanwhile, Julian and Neil realize that Kendra has been drugging Alexis. They call around to find the lawyer but have no luck. Then they try to figure out what the motive for this could be. As they search the internet, they discover Kendra went to high school in Port Charles and keep looking until they find her old last name. This vaguely rings a bell for Julian. Neil explains that Alexis ran over Kiefer. 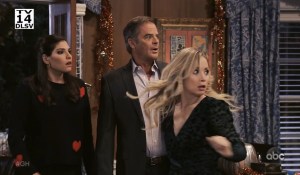 At the Quartermaine estate, Brook Lynn and Monica debate Olivia’s lousy taste in decorations. Liv tells them they can get rid of her paper turkeys if they are that bothered. When Brook Lynn walks off to see Ned, Monica warns Liv that the young woman is exactly like her grandmother and impossible to get along with. Lulu arrives with her son and immediately starts bickering with Brook Lynn. Rocco talks about spending time with Dustin and Liv starts downing wine and then runs upstairs with the kids. Monica slips outside and calls Epiphany, begging her for help. Lulu and Brook Lynn come outside for air. They begin bickering and Brook Lynn trashes her for abandoning Dante. Meanwhile, Monica orders Ned to find out why his daughter is really back. They follow the yelling outside to the women. Lulu feels awful and thinks she should leave but Liv tells her to stay. As Olivia checks on dinner, Brook Lynn starts in on Lulu again until a scream is heard from the kitchen. Olivia rushes in and declares that the dinner has gone missing. She accuses Brook Lynn of stealing it. “Drew” arrives and Monica leads him away from the family and over to the booze. She flashes back to packing up the dinner and sending it away with Epiphany. Back in the present, Monica tells “Drew” that disasters are a family tradition. Soon, the pizzas arrive, and they sing the holiday song. 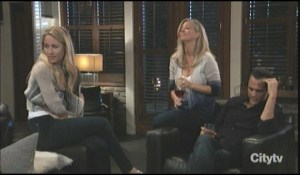 At the Corinthos compound, Jax, Michael and Joss play cards while Sonny looks pensive. Sasha joins them as they play poker. Everyone tries to keep smiling while Sonny goes out to the terrace to deal with the turkey over the fire. Carly follows him. He tells her that he’s afraid of turning into ‘that guy’ who walks into a room and sees who isn’t there. Later, the family tells Dev and Sasha about the history of the Quartermaine Thanksgivings and how they are always a disaster.

At home, Brad admits to Lucas that he’s been keeping something from him. Brad pretends it’s about Obrecht, but Lucas doesn’t buy it. He reminds his husband that this is bigger than the two of them. They never should have adopted Wiley if they were going to wind up like this. Carly calls and begs Lucas to come for the meal. Brad is reluctant but Lucas insists that they go. 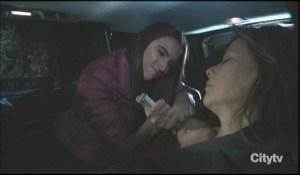 Kendra drives bloody and unconscious Alexis out to the woods. After giving her a shot to wake her up and paralyze her. She tells the lawyer how wonderful Kiefer was and how he didn’t deserve to die. Kendra complains that she hasn’t had a homecooked holiday dinner since her brother died. She drags Alexis onto the road and tells her that Shiloh tipped her off about the lawyer running Kiefer over. Now, she’s going to learn how he felt. Down road, as Brad and Lucas drive, the doctor keeps grilling Brad about when things went wrong. He wonders if Brad ever even wanted Wiley. Brad says he wanted him too much. He admits that Wiley is actually Nelle and Michael’s son. Lucas tries to stop the car, but the breaks are gone. They drive straight into Kendra as she’s trying to run over Alexis. 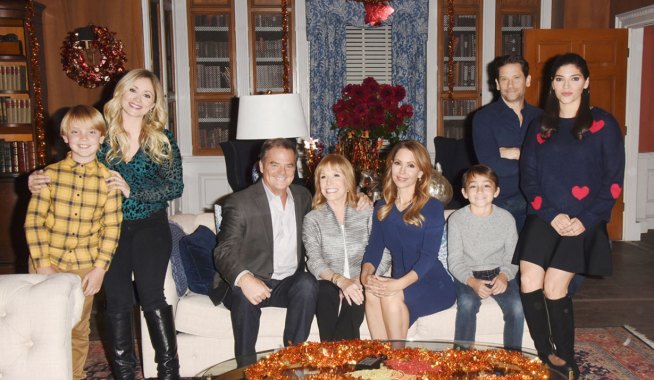 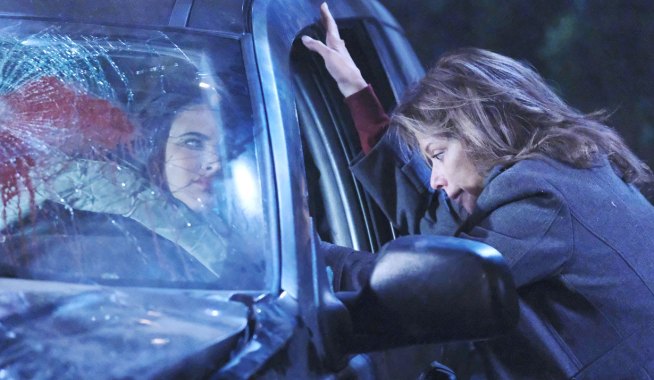