Monday November 25, 2019: On General Hospital today, 'Drew' says some goodbyes, TJ gets a warning from Stella, and Mike is deteriorating fast. 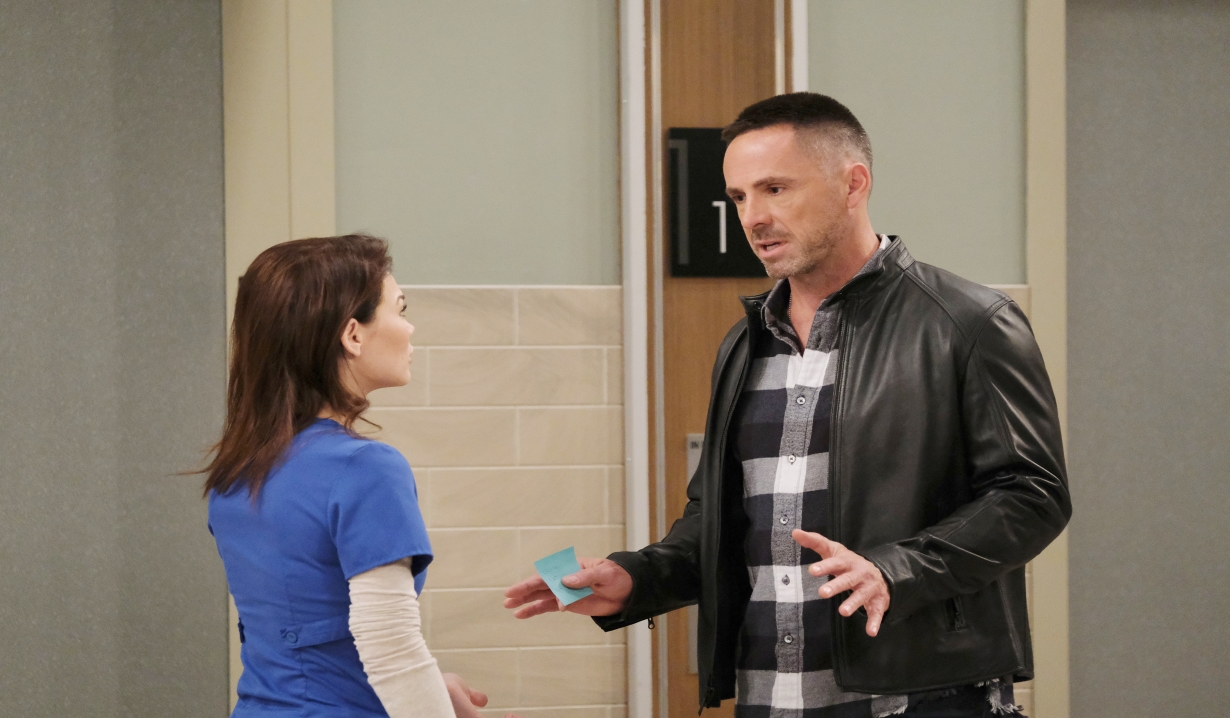 Neil interrupts Monica in Alexis’ room at General Hospital. After Monica leaves, Alexis punches her pillow and Neil asks how she’s doing. She tells him about the rat poisoning and how it must have been deliberate. TJ drops in and asks her for a minute. Neil leaves them alone. Awkwardly, TJ muddles his way through asking her permission to propose to Molly. She says that Molly would say the permission is not hers to give. Meanwhile, Julian catches Liz at the nurses’ station and asks if he can see Brad and Lucas’ schedules so he can prepare a surprise. She tries to talk to him about Kim, but he’s not interested and walks off, encouraging her to move on too. Julian runs into Dr. Byrne and asks after Alexis. Neil mentions the rat poison and Julian tells him about all the dead rats in his alley. Julian adds that he saw Kendra dumping something in the alley shortly before. Down the hall, Monica is startled when she arrives in her office and finds ‘Drew’ there. They sit down and he offers to answer any questions she has about Drew’s life. She invites him to the Quartermaine Thanksgiving festivities. 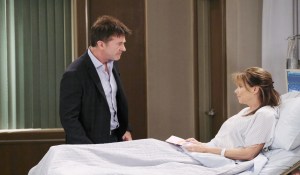 Before he leaves, he explains that there is a storage locker of his old possessions in San Diego. He suggests there might be something in there for Scout. When he heads down the hall, he runs into Liz on the stairs and they share an awkward moment before he walks off. Back down the hall, Neil visits Alexis again and asks her about Kendra. As they discuss the supplements, the lawyer is shocked to realize he thinks Kendra is poisoning her. By the elevators, Julian runs into ‘Drew’, who informs him that he’s not leaving town. Kim is already gone and he’s undergoing the memory procedure. Julian is annoyed that he’s backed out of his promises to Kim. ‘Drew’ points out that this is going to kill him and reminds Julian that Kim will need a friend. Jerome says that won’t be him. Back in Monica’s office, the doctor is visited by Liz and they talk over the ‘Drew’ situation. They both wish it had never come to this. Monica hopes ‘Drew’s’ bravery won’t be for nothing. 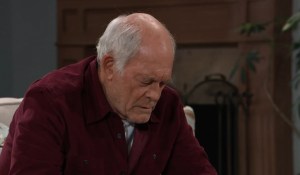 At Turning Woods, Stella finds Mike staring blankly at his shoe. Sonny and Carly arrive and Stella tells them Mike is doing a lot worse. Carly helps Mike tie his laces while Sonny and Stella discuss how variable his father’s condition is. The staff say that he’s having increased bad days. Things are only going to get harder. Stella says goodbye, telling Mike how much she’s enjoyed their friendship. Sonny thanks her for all she’s done, and she says it was an honor to know his father. She promised Mike that she would speak for him and ask them to do the impossible – say goodbye. After she exits, Sonny and Carly talk about what to do next. He thought he could hold off the inevitable a bit longer. Mike wants ice cream so Carly gets them some. 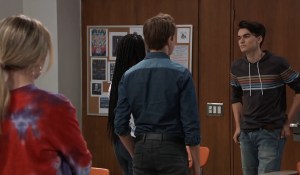 At school, Trina, Cam, Joss, and Dev are in detention, complaining about being stuck there and throwing paper airplanes. Cam apologizes to Joss for getting her drunk. Laying on the floor, they talk about chips and Disney movies. They throw a ball around and Trina tells them that she took an ancestry test and got a hit that she has a relative in Port Charles. She refuses to find out who it is. Joss asks Cam what his darkest secret is. He changes the topic and asks what’s in her journal. Cam then changes the topic to Dev and asks the ‘mysterious Corbin cousin’ why he’s really in town. Dev claims that he cheated on a bunch of tests, so he was sent away. They pick apart his story. Dev is a terrible liar and the teens demand to know who he really is. 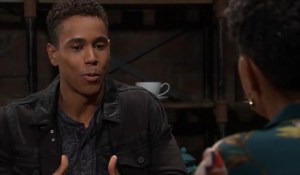 TJ joins Stella at Perks. She explains that she’s heading back to London soon and he should come visit. He tells her he’s planning to propose to Molly. Stella was expecting this and says that Molly is pretty fiery, but if they get married, they are going to have a long road ahead of them. She reminds him that Molly is white and gives him a history lesson. She warns him that there is plenty to be afraid of in the world and suggests he hold onto that fear because it could save his life.

Hayden won’t be pushed around.

Valentin tries to protect his daughter.

Laura and Jax have a surprise visitor. 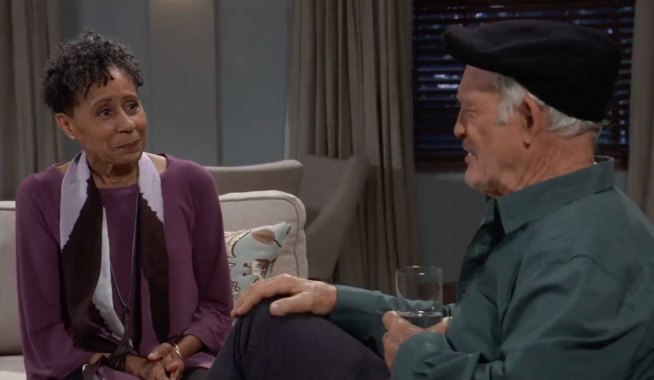 Stella Reveals to Carly and Sonny That Mike's Alzheimer Has Worsened

Valentin Learns a Codicil Is Hidden in Helena's Portrait 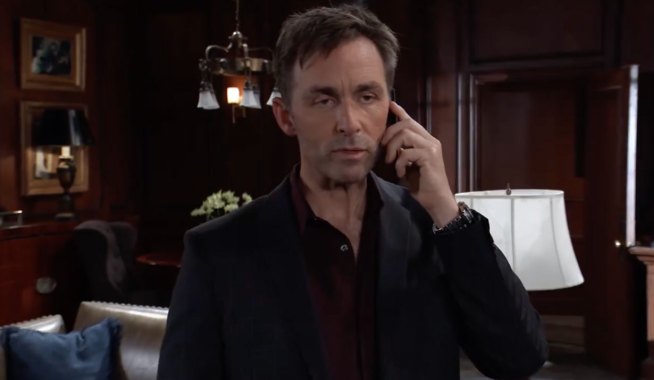