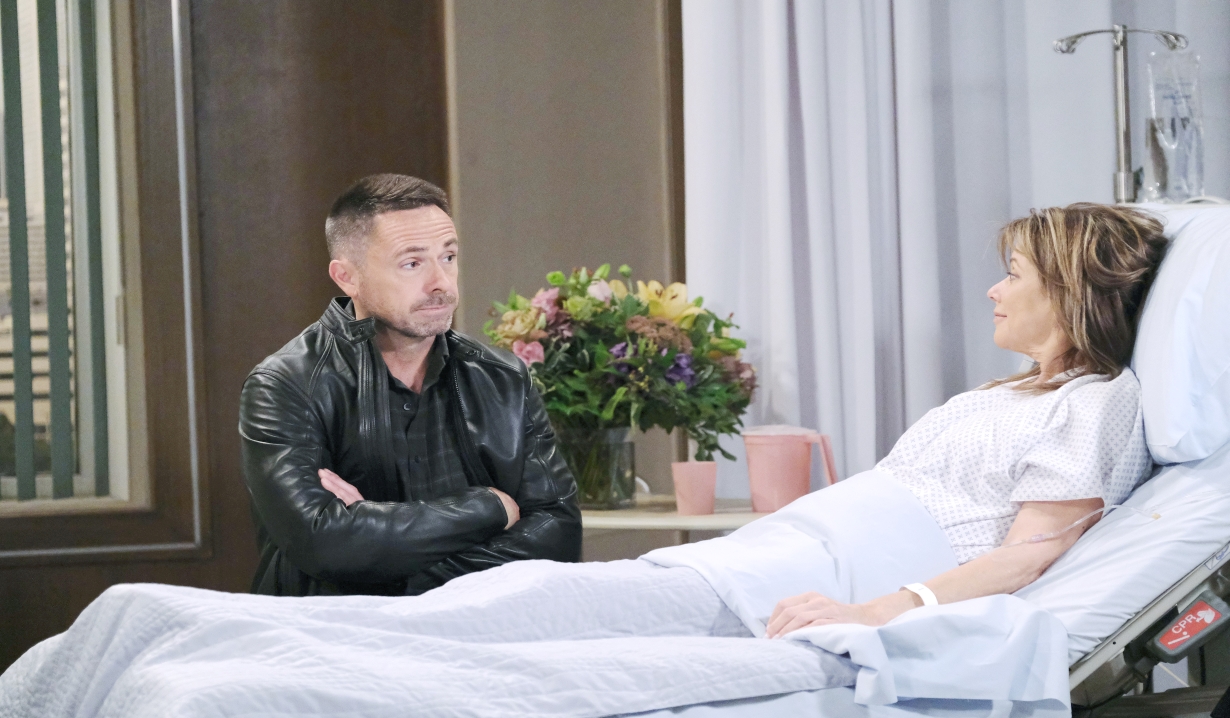 At Anna’s, Finn and Hayden sit on the couch and talk about co-parenting when Anna shows up, shocked to see them together. 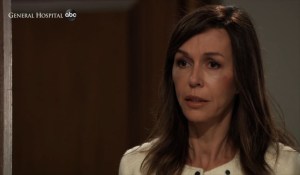 There is an uncomfortable moment until Violet comes out and asks Anna if she’s a friend of her daddy. Taken aback, Anna tells her she’s a lucky little girl. Hayden takes her daughter away for a doctor’s appointment. Finn wants to explain but Anna isn’t ready. He makes it clear that he hasn’t betrayed her. He’s wanted to tell her about his daughter and didn’t want her to be blindsided like this. This was something he needed to tell her face to face and apologizes. She says none of this is his fault, but she needs a few days to adjust. Anna is sure he’ll be a good father. She’s also sure Hayden knows this. The doctor tells her not to worry about the other woman. Anna says that Violet is big leverage and so is being a father. 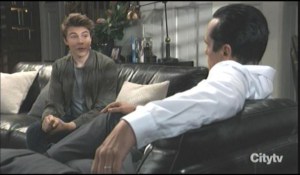 Liz and Cameron drop by the Corinthos compound to see Sonny. She leaves the kid there so they can talk. Sonny tells Cam that if he wants to punch something, he should use a bag at the gym. Cam is lectured about the dangers of drinking. Sonny worries that this could lead to drinking and driving. Cameron promises that will never happen.

Neil and TJ are at Alexis’ place to look for a toxic substance she might have been exposed to. They box up chemicals for the lab. TJ was hoping it would be obvious. Neil senses he seems worried about something. TJ admits he’s decided to propose to Molly but worried that’s inappropriate because of the situation with Alexis. Neil assures him that positive news would be good for Alexis.

Julian wanders into Alexis’ hospital room. She’s happy for a distraction. He tells her they need to do something about Olivia’s rats. Julian suggests that Olivia has been flooding his property with dead rats. The lawyer assumes he’s really there because his life is a mess and he doesn’t know who to talk to. Making fun of his problems is fun though. He tells her to focus on getting better. 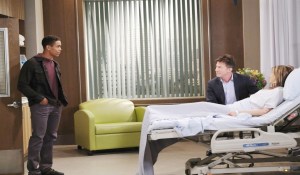 After he leaves, Neil arrives and tells her that they’ve gone through her stuff. She’s eager to find out what’s happening. TJ arrives and explains that he’s dropped the stuff off at the lab and they should get the results soon. As the men leave, Alexis jokes they are like “rats leaving a sinking ship.” That gives TJ an idea. He soon returns and suggests it could be rat poison that’s been making her sick. Meanwhile, Kim is making the rounds to say goodbye, but the nurses are ignoring her. Monica is happy to see her though and sad to see her go. She asks Kim to promise to keep “Drew” happy. Kim thanks her for welcoming Oscar into the family. 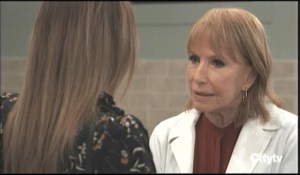 They talk about being mothers who have survived their children and how hard that is. Monica promises to visit her and “Drew” wherever they end up. As Kim heads to the elevators, Julian corners her. He doesn’t want them to leave things the way they’ve been. She reminds him that he’s publicly humiliated her and she won’t absolve him of that. He says that loving her made him a better man. She suggests he was just faking to be someone he couldn’t be. Down the hall, Scott runs into Liz. He admits that he told Franco about his childhood trauma and hoped that might have finally changed things. While Franco seemed moved, he might not have been swayed. Later, Liz runs into Hayden, who updates her about Violet learning Finn is her father and how magical that was… until Anna came home. Liz encourages her sister to be careful. Whatever she does will affect Violet.

Liz returns to the Corinthos compound to get her son. Sonny assures her that Cam is a good kid and she’s doing a good job. 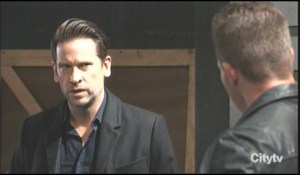 On the pier, “Drew” looks at the water and talks to Jason. He brings up Franco saving him as a child. He doesn’t know how he can’t try to give back the life to the man who once saved him. Jason points out that whatever “Drew” chooses will wind up hurting someone he cares about. “Drew” crouches and talks about his relationship with water and how it has always allowed him to live his life. In his mind, he thinks he could leap into the water and swim, but his body says otherwise. “This life belongs to Franco,” he says.

At Kim’s place, she finishes packing the last of her stuff when “Drew” shows up, looking very serious.

Jason has a statement to make.

TJ arrives at a diagnosis.

Finn tells Liz he has stuff to sort out with Anna. 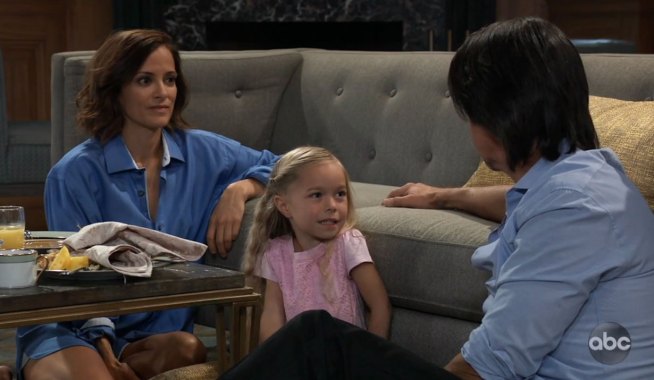 "Drew" Dumps Kim and Decides to Have the Memory Procedure 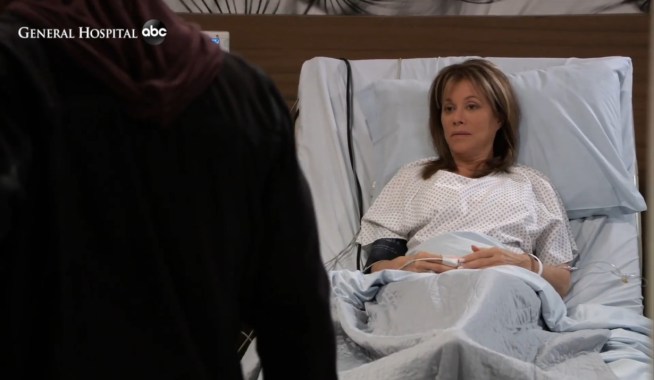