Martin Confronts a Married Nelle About Her Husband

Thurday November 7, 2019: On General Hospital today, Joss wants to move in with Jax, Nikolas helps Cassandra escape, and Valentin asks Nina if she wants to find her real daughter. 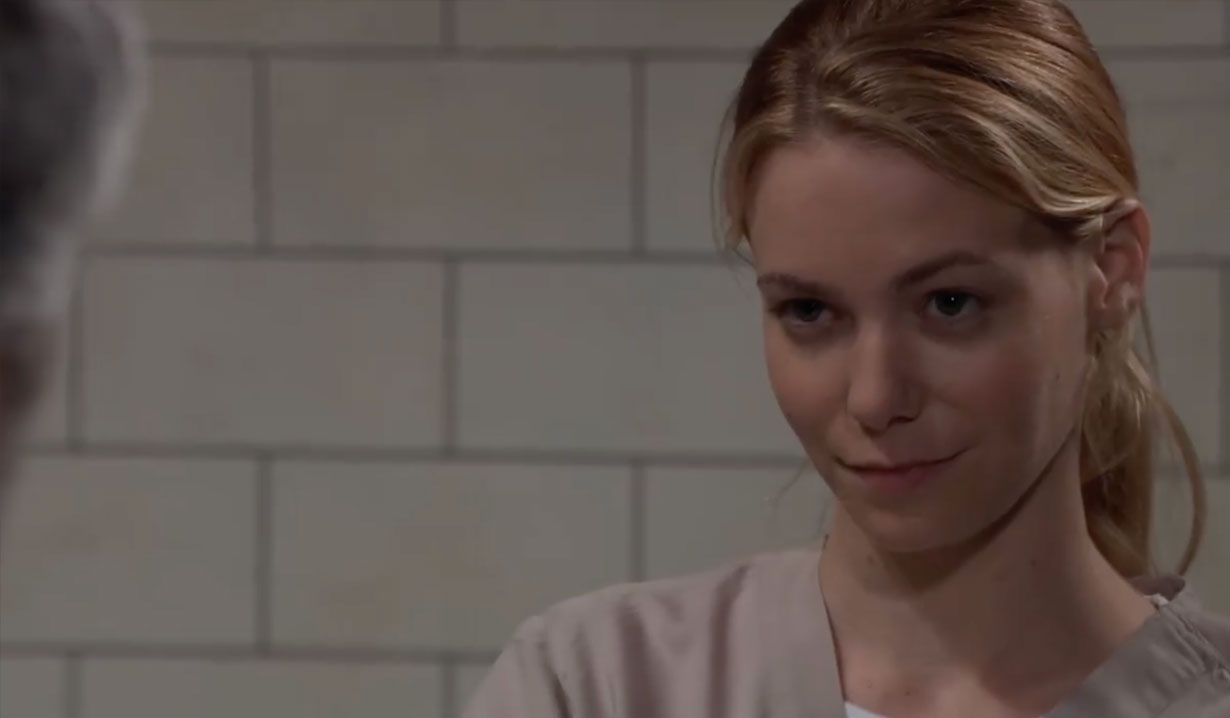 In the park, Curtis spots Sam and Cassandra on their work detail planting trees. 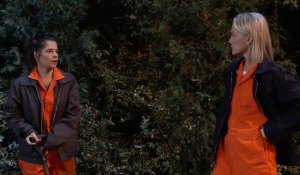 Curtis gets permission from an officer to speak with Sam. He learns Cassandra is her cellmate and warns that she’s dangerous and has a lot of enemies. Cassandra complains to the guard about Sam not working, so Sam gets back to work.

Nina visits Nathan’s grave and wishes he was there because she needs someone to confide in about what is going on. Valentin finds her and she can see he is troubled. He’s worried about Jasper and Hayden and whatever they were looking for at Wyndemere that night and thinks now Laura is in on it with her interest in Helena’s portrait. Nina tells him not to dwell on this, and she changes the subject to Cassandra. She worries someone might break her out again as they did before. She should be in prison for what she did because even though she refuses to forgive Sasha, her suffering was real after she was poisoned. Valentin asks Nina if she would like to search for her real daughter. Nina believes her baby was never born, and her mother was just playing games. She won’t get her hopes up only to be heartbroken again. 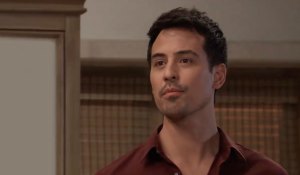 At Jax’s place, Jax tells Nikolas to keep a low profile and entertain himself. Nikolas has someplace to be today. Nikolas hides when Joss stops by and sneaks out as Joss checks out the view from Jax’s terrace. Jax inquires why she’s there, and she reveals she wants to move in with him parttime. Jax asks if he spoke to her mom about this and if she even knows she’s there.

Carly hangs out with Wiley at Kelly’s. Michael and Sasha enter to meet Curtis and spend time with Carly and Wiley while they wait for him. 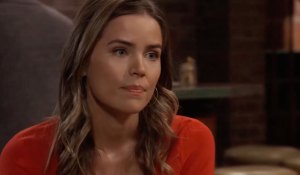 Carly gets a call from Jax, who informs her Joss wants to discuss something with them. Michael offers to take Wiley, so she doesn’t have to drop him off with the nanny at home. Later, Curtis arrives and wants the truth from Sasha because he doesn’t believe she ran her scam alone. Sasha won’t name names. He reveals he ran the test on the samples again and they still show a mother and daughter match. This means someone had to provide her with a sample to give him, and only Valentin could pull that off. Curtis realizes she’s not outing Valentin because she wants to spare Nina more pain, but this won’t help Nina in the long run. Michael tells Curtis that Nina’s been hurt enough and to drop it. 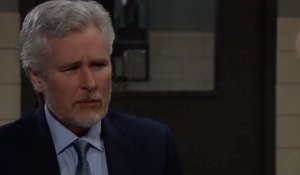 In Pentonville, Martin visits with Nelle after learning she has a husband. He wonders why he wasn’t present at her hearing since it could have helped her. She explains his identity might not have played in her favor. Martin asks who this mystery man is. She explains her husband is dead, and she had nothing to do with it. Martin plans to drop her as a client because he can’t trust her. She swears as soon as she gets out of prison there will be a large payday for her and whoever represents her. Upon hearing her plan, Martin realizes if she pulls it off then she will be sitting on a significant pot of gold. She says that is why he has to get her out, but he tells her a new parole hearing is not an option. She explains the clock is ticking and if they don’t act fast that pot of gold will disappear. He agrees to help her. Later, Martin calls Valentin and tells him the project he wanted him to look into has opened up a whole new avenue.

Nikolas heads to the park in a van, and Cassandra spots him. She pretends to sprain her ankle and when the guard comes to check on her, Cassandra wallops her across the head with her shovel. Cassandra runs and Sam yells for help. She grabs the guard’s walkie talkie and radios for help and to warn of a prisoner escape. Cassandra jumps in the van and Nik tells her to get in the back and change. Later, Cassandra notices they aren’t headed to the airport. He explains he’s taking her a back way so nobody will ever find her.

More: Who is your favorite couple on GH? 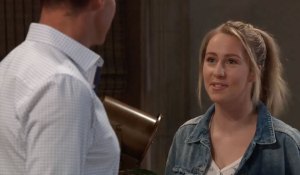 Carly arrives at Jax’s place, and Joss explains this house is a place where Oscar never was, and she wants to move in part-time. Carly suggests they start small with Joss moving in on the weekends. Jax says he needs a little more time getting things ready and they should wait a little bit. Carly likes that idea, and Joss agrees to wait.

Bobbie tells Julian that only one man will ever truly be Lucas’ father.

Willow tells Brad that Julian only wants what is best for Wiley.

Jax visits Ava and explains what happened to her is his fault.

Chase and an officer tell someone to freeze. 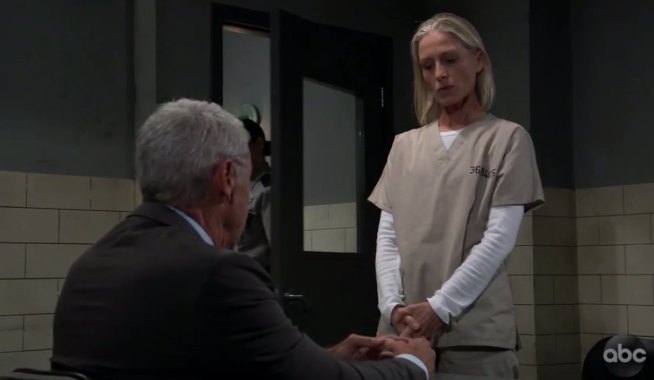 Cassandra Threatens to Expose Nikolas If He Doesn't Break Her Out 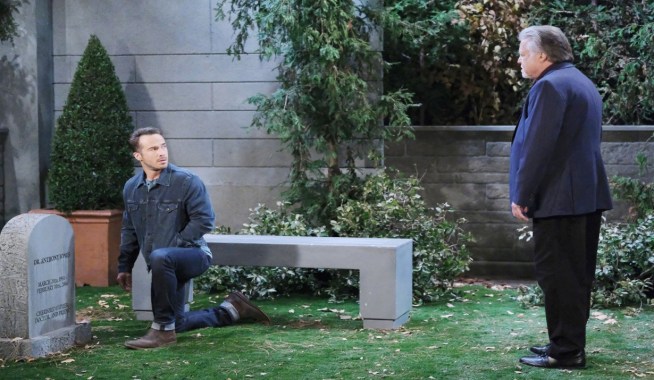