Lucas Learns Julian Blackmailed Brad and Set Him Up

Tuesday November 5, 2019: On General Hospital today, "Drew" tells Liz and Cam that he's leaving town with Kim, Ava has a nightmare about Nikolas, and Laura arrives at Jax's place where Nikolas is staying. 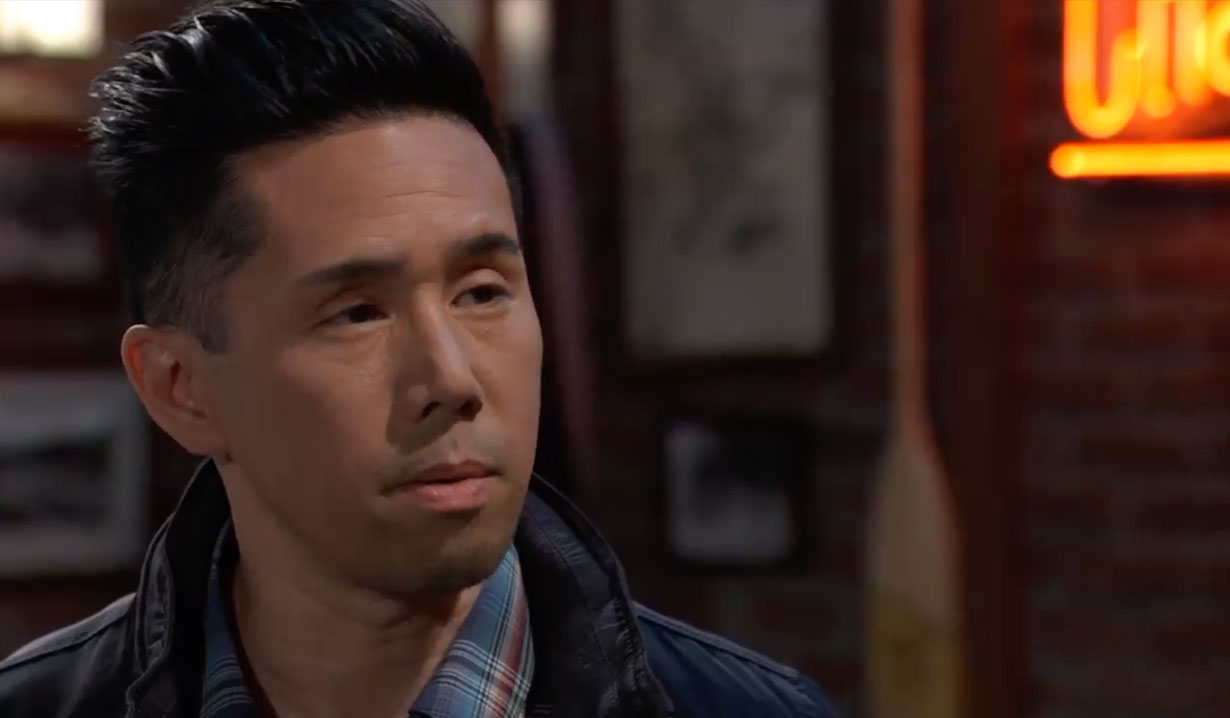 At the Corinthos house, Carly tells Joss that there will be consequences for her poor choices, and they have to meet with the principal today. Joss heads out to the patio for fresh air and finds Lucas, who stayed the night, there. He couldn’t face going home. 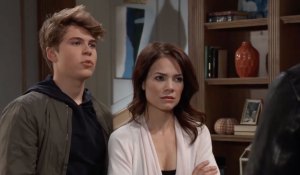 At Liz’s place, Liz reminds Cam they have to meet with the principal to discuss his punishment. “Drew” arrives at the door, and Liz invites him in. “Drew” explains that he and Kim are leaving town tomorrow. Cam begs him to stay and promises not to pester him anymore. “Drew” tells Cam they aren’t the reason he’s leaving. He recalls meeting Kim at Oscar’s meadow earlier. Kim realized she needs help which she can’t get in Port Charles. In the present, “Drew” tells Cam that staying in Port Charles is hurting Kim and she’s the only person he knows. Cam tells him leaving hurts everyone who knows him. Cam storms out, and “Drew” remembers back to his talk with Kim. Kim explained she was leaving town with or without him, and she understood if he needed to stay because he felt he owed something to Liz. In the present, “Drew” tells Liz that he’s sorry and she and her family don’t disserve this. As he goes to leave, Liz pulls him into a kiss. She tells Franco that she knows he’s still in there and has to fight to come back to her. “Drew” tells her that Franco isn’t there, he is gone.

Brad goes to Charlie’s and begs Julian not to destroy his family. Julian won’t discuss this further and orders him to tell Lucas he’s having an affair and leave him, before Lucas loses Wiley because of him. Julian swears he’s only doing this to protect his son from Brad, who’d eventually screw up again. 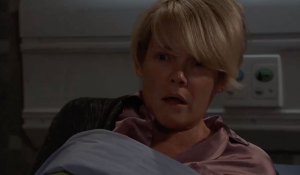 At Shadybrook, Ava has a nightmare that Nikolas attacks her and accuses her of taking something from him that he wants back. Later, Scotty and Laura arrive to check on Ava, who asks Scott if Laura told him that she’s crazy and saw Nikolas. 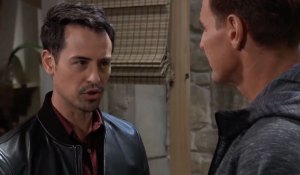 At Jax’s place, Jax reminds Nikolas that he was supposed to be on the other side of the world until the time was right for his return, but Nikolas says he had to come home when he and Hayden pulled his mother into their plan. He asks how his mom is doing, and Jax says she’s well, but will be better when she sees him. 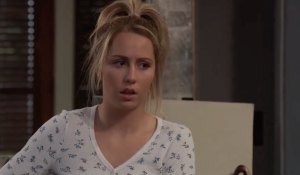 Jax arrives at Carly’s place to deal with Joss’ drinking. On the patio, Jax tells Joss it’s time to face the music. She heads inside, and her parents tell her how disappointed they are in her and remind her that her kidney transplant makes drinking even more dangerous for her. They ground her for two weeks and are taking her phone and giving her a flip phone to use in the meantime. Joss goes off to sulk, and Carly has decided that it would be best for Joss to spend time with both of them, so she suggests she spend half the week at Jax’s place. Jax thinks they should just focus on Joss’ grief and perhaps bring in a professional to help her, and then they can rethink the living situation. 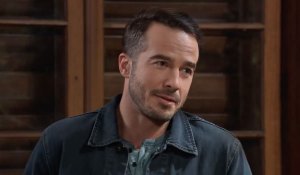 Back on the patio, Brad arrives to talk to Lucas. He swears he didn’t cheat on him and Julian set him up. Lucas thinks he’s lying to cover up his cheating, but Brad insists it is true. Lucas asks why he’d want to break up their marriage. Brad tells him that Julian learned he was pressured by Obrecht to fix Sasha’s DNA’s test, and Obrecht had gotten him some anti-anxiety meds without a script to help him so she used that against him. Lucas still doesn’t believe him, so Brad plays a recording of Julian blackmailing him. Lucas asks why his dad would want to hurt him like this. Brad believes losing Kim and watching Ava unravel has caused Julian to fall apart.

More: Vote on the Nikolas recast

Julian stops into Shadybrook to see Ava. Scott and Laura are still with her, and Julian speaks with Laura about his sister’s hallucinations. Laura suggests they could have something to do with the portrait of Helena that she has. Julian spends time with Ava alone, as Laura takes off and Scott gets a call from Liz to tell him that Franco is leaving town with Kim.

Scott heads to Oscar’s meadow to meet “Drew.” He calls Liz and tells her that he has a plan to convince him to stay by filling in the blanks.

At Jax’s place, Nikolas peruses Ava’s gallery online when Laura rings the doorbell and calls out to Jax.

Hayden tells Finn that they will work things out.

Kim tells Liz they are long overdue for a talk.

Alexis tells Kendra that she’s not to blame for her being in the hospital.

Laura realizes someone is in Jax’s house.

Sam tells Jason not to make trouble because she’s in enough already.