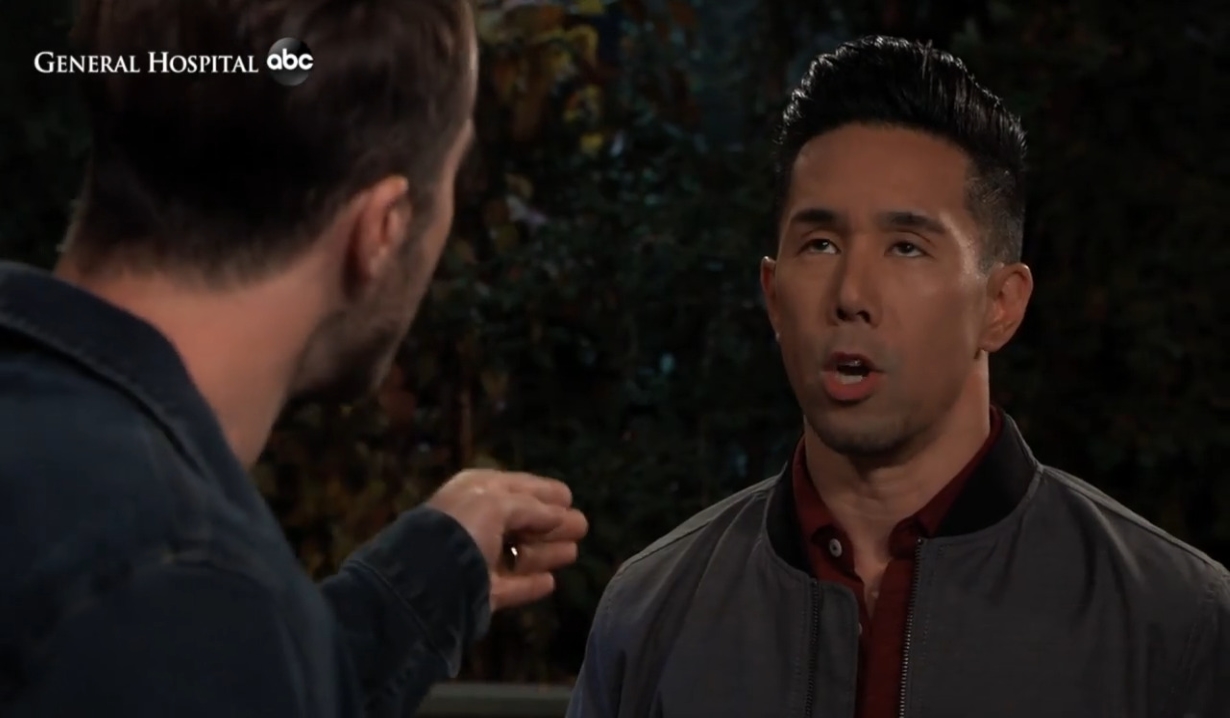 Michael and Sasha arrive at Charlie’s and she tells him ‘protective Michael’ is hot. 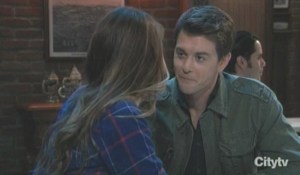 She wonders what to do with her freedom. He hopes she sticks around Port Charles. Maxie and Peter wander in and start making out at the bar until Obrecht interrupts. She admits that she knew Sasha was a fraud but stayed silent to protect Nina’s feelings. Liesl says that Peter was instrumental in convincing her to stay. Maxie assures her she will always be part of the family. Obrecht crosses the room and asks Sasha how much blame she threw at her. Sasha explains that she took all the blame. Liesl admits she faked a lab test. She goes back to Maxie, who asks her to visit James tomorrow. As Obrecht goes home to bake strudel, Peter tells Maxie that he has put in a bid on the condo they liked. He gets a message from Lucy, saying the co-op board has rejected him. Maxie asks him to move in with her. Back across the room, Michael asks Sasha to work at ELQ but she wants to make it on her own and get back into his parents’ good graces. 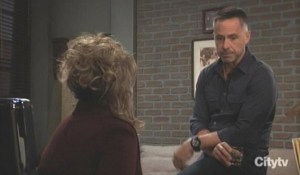 He reminds her that Lucy wants to hire her. She’s reluctant to capitalize on what she did to Nina. Sasha just wants a simple life. In the backroom, Julian and Laura have a drink. He wishes he’d gotten Ava to Shadybrook before she’d started hallucinating Nikolas. Laura talks about how painful his loss still is. He thanks her for being so kind to his sister but worries about what this will mean for Avery’s custody. She offers to talk to Sonny on Ava’s behalf. 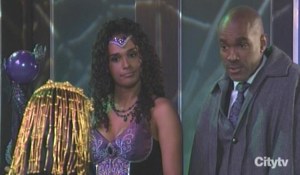 On the Haunted Star, Valentin is eager to celebrate with Nina and goes off to fetch champagne. Jordan and Curtis wander in and ask Nina how she’s holding up without Valentin. They’re surprised when the Cassadine returns. Nina defends Valentin and insists she knows what she’s doing. After the cop and her husband leave, Obrecht shows up and starts apologizing to her niece. Nina believes her and Liesl hopes they can move on. For James’ sake, Nina agrees. This makes her emotional, so she leaves to check her make-up. Liesl warns Valentin that he shouldn’t look so pleased. If the lab results are run again, they will show Sasha is Nina’s daughter and that will only raise questions.

On the terrace of the Corinthos compound, Lucas accuses Brad of having an affair after seeing a nude photo sent to his phone. Brad protests that he’s innocent and texts the guy back to prove it. The text goes to Julian, who responds, “Ha ha! You know who it is.” That’s proof enough to the doctor. Another text comes in, this time from Obrecht asking Brad to make sure their tracks are covered with the Sasha tests. Lucas demands to see it, but Brad insists it’s confidential. Getting distraught, Lucas barks at him to go. 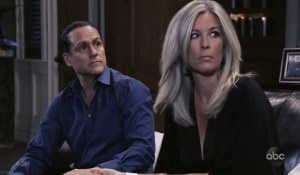 Inside, Carly tries gossiping with Sonny, who refuses to take part in this. Brad runs by sobbing and out the door. Laura shows up next. She informs Sonny that Ava has checked herself into Shadybrook. He instantly wonders if she should be allowed near their daughter. She’s been in Ava’s situation and sympathizes with her. She hopes he won’t use this to take full custody. Sonny won’t say yes or no. Meanwhile, Carly asks Lucas what’s going on and he tells her Brad is having an affair. 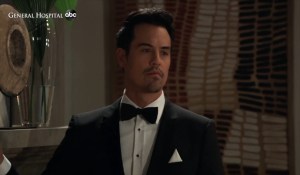 At Jax’s, Nikolas lectures Jasper and Hayden for bringing Laura into their plan. He demands to know when they will ‘neutralize’ Valentin. Jax reminds him of their deal and flashes back to Nikolas coming to him and offering money for his help. The codicil disinherited Valentin and left everything to Nikolas. He offered Jax the shipping division of Cassadine Industries for his help. Jax agreed to help for Spencer’s sake. Back in the present, Jasper suggests it’s time to re-think things. They bicker about him revealing himself to Ava. He says Ava will get everything she deserves. Hayden assures her ‘dear husband’ that they will make sure Spencer gets what is owed to him. She will get a serious cut of the fortune herself. Although he’s reluctant, Jax agrees to continue with this plot as long as it ends fast. 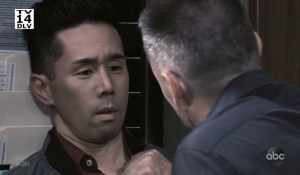 Brad shows up at Julian’s and tells him that Lucas has kicked him out. He insists that he’s not having an affair. Julian makes it clear that he’s behind all of this. This baffles Brad. Julian says he’s protecting his son. The pain of Brad cheating will hurt less than the truth about Wiley. When Brad refuses to go along with this, Julian pushes him against the wall and gets threatening. He orders Brad to end his marriage and leave town.

Curtis and Jordan go to General Hospital. He wants to check on the lab tests again. They’re shocked by what they say. The tests confirm Sasha is Nina’s daughter, but that can’t be true.

Julian does what he can to support Ava.

Liz gets some bad news.

Ava Goes to Rehab After The Shock...