Scott Reveals Kim Drugged Drew to Get Pregnant With Another Child

Thursday, October 24, 2019: On General Hospital today, Helena's portrait turns up at Ava's gallery, "Drew's" hearing continues as Kim, Jason and Monica testify, and Finn gets answers from Hayden about their daughter. 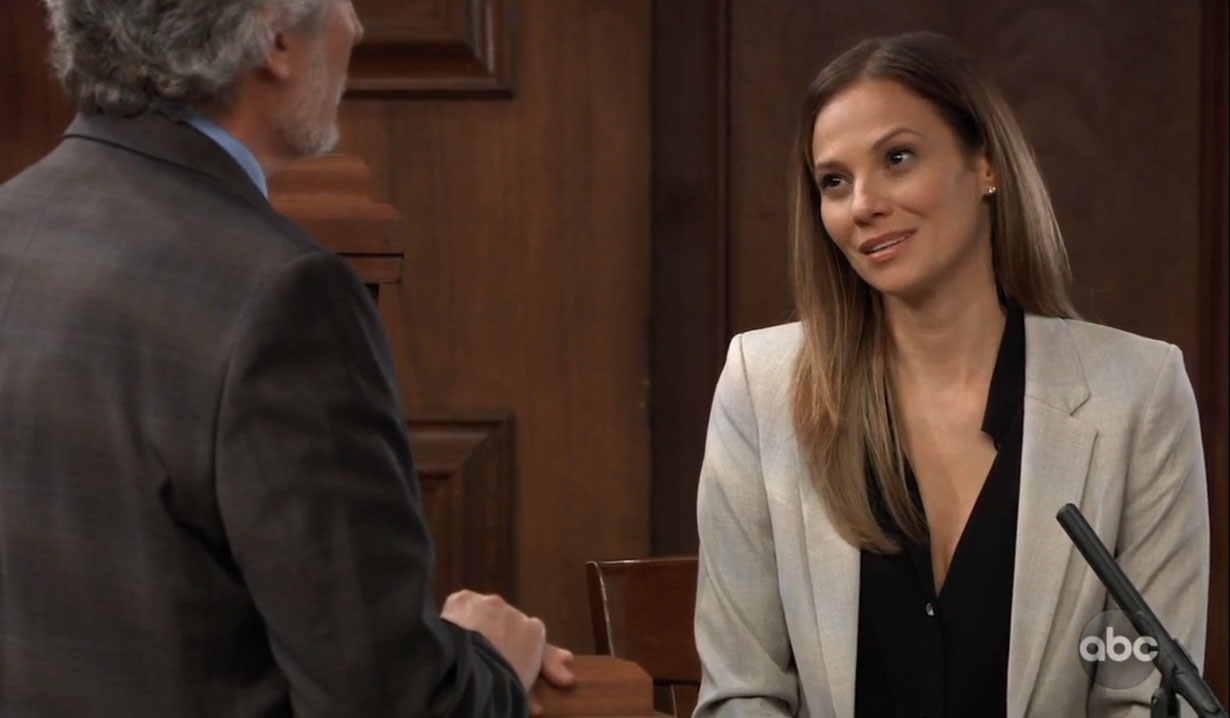 In court, Liz admits what she did to the real Drew Cain in withholding his identity wrong, but it is different than what Kim is doing trying to convince Franco that he someone else. 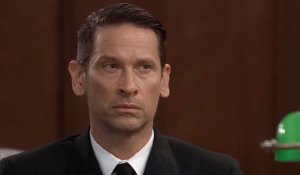 Judge Rachel Lasser, (played by Gina Hecht) calls a brief recess, and when court resumes, Monica is called to testify. She explains that DNA doesn’t make someone who they are, and Franco has Drew Cain’s neurology, which makes him Drew. Martin calls Jason next and questions him about his visit to Drew that morning. Jason explains he questioned him about Drew’s time in Afghanistan. Martin asks Jason if Franco is Drew. Jason can’t answer that, only “Drew” can. After some tense questioning by Scott, the judge calls another break. 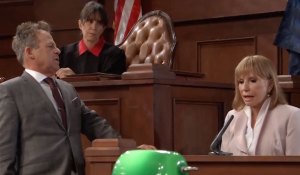 Cam confronts Jason for his inability to just say Franco was Franco. Monica however thanks Jason for speaking up for “Drew.” When court resumes, Kim is called to the stand. She talks about how “Drew” remembers all the little details of their past. She knows her son’s biological father is gone, but this man is the Drew she remembers. She wants Liz to realize Franco is gone and “Drew” is alive because of the sacrifice Franco made for Cam. Scott questions Kim and asks why she feels “Drew’s” life is worth fighting for while his son’s life is not. He changes the topic and reveals that in her grief of losing Oscar she drugged the real Drew in order to have a baby with him against his will. 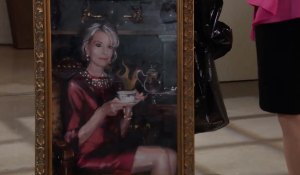 Trina enters Ava’s gallery to apply to be an intern. Ava appreciates her enthusiasm but is looking for someone older and with more experience. Dev waltzes in with a rare piece of art for sale, which happens to be Helena’s portrait. He claims he found it at a flea market, but Ava doubts Valentin gave this portrait up and it ended in a flea market. Ava declines, but Trina changes her mind by pointing out various tones and reflections in the piece. Ava offers Dev one hundred bucks for it, which he accepts. Trina asks where he really got it, and he admits he found it in the garbage. She and Dev decide to leave, but Ava asks Trina to stay. Ava informs Trina that the artist of the painting is Jay Garron, who she’s a fan of, and he hides clues in the paintings which make them a puzzle. Ava decides to hire Trina.

At Charlie’s, Jax, Laura and Curtis discuss the codicil and the fact that the painting of Helena is missing. Curtis is working on a backup plan. Jax has to depart, and Curtis tells Laura they should try and track down the artist of the portrait. Through the photo Kevin took of the painting, they discover it was painted by Jay Garron, and learn about his history of painting puzzles. Laura wonders if there are any clues underneath the current painting that an x-ray might reveal. Curtis says they’d need to find the painting to discover that. 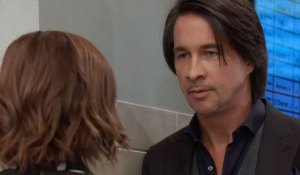 At General Hospital, Finn is furious with Hayden for lying to him about their daughter. She explains she had just been caught taking money from General Hospital, and her hit-and-run accident had been exposed, and she thought he hated her. He tells her that he was disappointed, but he still loved her and wanted a life with her. She felt she had made a mess of her life, and didn’t want her child born in prison, so she ran and fled the country. Hayden reveals Violet was born in Finland, and she named her Violet because she remembered he liked the flowers. She was going to tell him about it in Rome, but he never came. She admits she was hoping he would have and they could have made things work. Finn accuses her of withholding his daughter from him because he moved on and she couldn’t have him back. She knows it’s petty, but she never stopped loving him. Finn wants to see Violet, so they go into her room together. 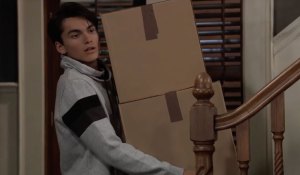 Jax stops by Sonny’s house to see Joss and give Donna a gift. He offers it to Joss to open, and it’s a necklace just like the one Lady Jane gave her as a child. Joss loves it. Dev arrives with boxes and Sonny inquires as to what is in them. Dev says its candy bars to sell at school at a marked-up price. A quick check on the internet and Joss finds it’s not illegal. Joss helps Dev take the boxes up to his room, and Sonny admits to Jax that Dev has some skills in making money. Jax just hopes he doesn’t cross a line and become a con artist. Later, Sonny warns Dev that his little business could bring unwanted attention to him and he should rethink his plans.

Lulu and Dustin have another date.

Valentin asks Laura if she is aware of the hell someone is trying to raise.

In court, Scott asks Kevin if “Drew” is in complete control of his faculties.

Diana reveals an option to Sam and Jason to speed things up. 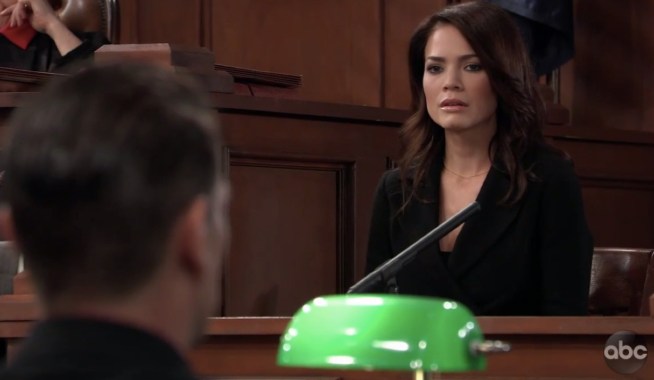 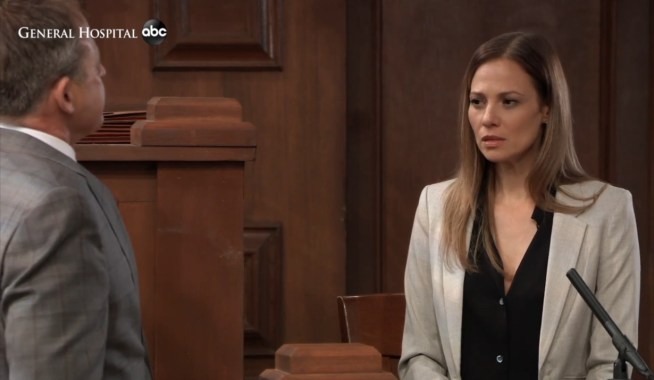