Luke spills his guts to Laura, Jerry explains to Sam why she will die and 'ding, dong' the Russian mobster is dead! 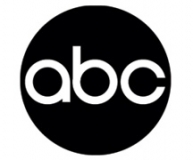 Carly returns home to find Sonny dressed and ready to go kill Karpov. She hands him his gun and explains that she wanted to save him a trip to his house. Then she makes one last attempt to try to talk him out of it, but he says that it has to be done. He reminds Carly that Karpov shoved him in the water and peace isn't an option even if he didn't shoot Kate. Carly tells him that she lost a lot this year and sitting through his murder trial would make it worse.

Jason has gone to Jax to inform him of what his big brother has been up to where Sam is concerned. Jax doesn't buy it for a minute.

Jax does, however, go over to Carly's house and delivers divorce papers. She is shocked because she thought he was ready to give their marriage another chance.

Jason and Spinelli are back in his office trying to figure out where Jerry has taken Sam. They can't figure out why Sam is so important to Jerry, but discover that he took possession of a huge shipment of explosions earlier today.

Out on the waterfront, Karpov is in a tizzy because he can't find Jerry or his shipment! Then, Olivia shows up and asks why he shot her cousin! He tells her that he was surprised to get a call from Kate's cousin, and then he completely denies shooting Sonny's fiancée. He tells her that Sonny's not a problem anymore because he's met his maker. Just then, Sonny shows up with his gun drawn. "You're a hard man to kill," Karpov says, but Sonny announces that he won't be. He tells Olivia to walk, and she does. She peeks around the corner and sees Sonny shoot Karpov several times point blank.

Sam is out on a freighter pleading with Jerry for her life, and his, as it turns out because he says that he's going to die with her. She promises that they can find a safe and beautiful place where no one will ever find them. Just to mess with her head, he roughly handles an explosive and tells her to smile on their way out. He pretends to trip the detonator and Sam screams. After she calms down, he tells her that he has too many women yet to fondle and he's not going to die just yet. He will let Jax and Alexis think he's dead, however. He says that she is the glue that holds his scheme together. She asks for an explanation and he says that the ship will blow up and people will think the drugs are gone, but he's going to have them. Her sexy, dead body will convince everyone that they both went down with the ship.

Somewhere in the California wilderness, Lucky, Nik and Lulu are trying to decide how to proceed. Nik wants to find Laura, but Lulu thinks maybe their parents are trying to work out their problems. They talk about forgiveness and whether or not they think Laura can go forward with Luke.

Tracy returns to the hotel and finds Scott in the lobby with a drink in his hand. She yells at him for getting them into this mess, but Scott says they should sit back and let destiny take its course.

Outside of the cabin, Laura asks Luke to be honest with her. She says that she can't make any plans for her future until she knows if he loves Tracy or not. Luke says that he does have strong feelings for her, but they didn't start right away. He said when he faced his mortality, it sealed the deal. He explains that his heart attacks changed everything for him and took the wind out of his sails. Laura is shocked that he agreed to surgery, but Luke credits Tracy for refusing to give up on him. He says that marriage went from 'con to con to connection' and his feelings shocked him. He adds that nothing has changed regarding the place that she holds in his heart. Laura's eyes fill with tears. She denies that Scott filled her head with lies, and says that he merely told her some truths. She offers a few examples, such as how close she and he used to be and that she and Luke turned him into the villain when he didn't deserve it.

He follows her inside and tells her that she's the only angel he's ever known. She says that she's not perfect, that's his fantasy of her. He softly tells her that she made him believe in love. They are standing very close now, and she says that they were amazing together. Luke echoes the sentiment and what turns out as her gentle kiss on his fingers turns into one, final kiss.

Next on General Hospital:

Sam contacts the Coast Guard, but Jerry sends them away.

Spinelli figures out where Jerry is holding Sam.

Jax tells Carly that he saw her with Sonny.

Sonny is arrested for Karpov's murder.

Olivia questions Liz about how she could love a violent man like Jason.

Lucky, Lulu and Nik reunite with their mother.

Anna begs Robin to fight for her own life.

Thank-you for your comments and feedback! We do ask that our visitors abide by the Guidelines and try to keep all posts on the topic of the show. If you have a Spoiler that you want to post and/or discuss in the comments section below, please always remember to start your post with ***Spoiler Alert*** so others who do not wish to read spoilers can skim over your post.

We'd like to invite you to check out the latest breaking news for the show in the GH News Room, or browse updated Comings and Goings, and if you're daring, have a peek at our new GH Spoilers!

Please feel free to Contact Us if a moderator or administrator is required to handle any bad posts, and above all, have a great time!

All photographs are courtesy of Soaps.com.

Luke and Laura Talk it Out.