Brad and Ava’s Paranoia Starts to Overwhelm Them 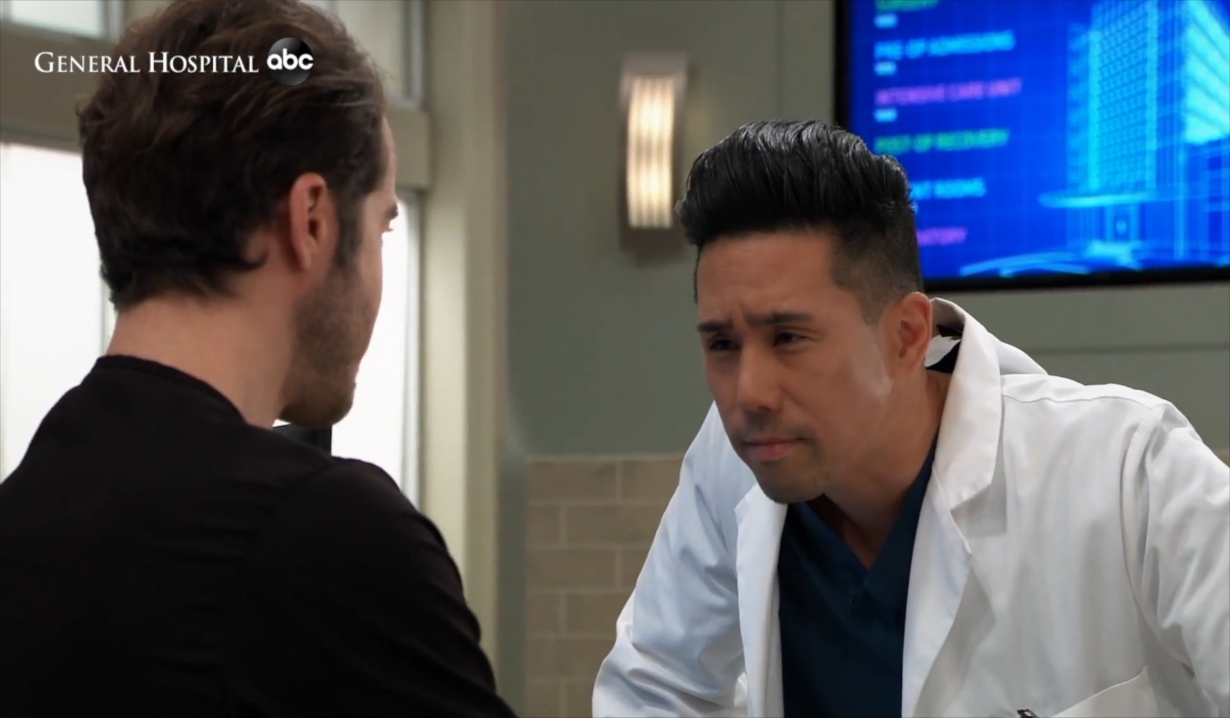 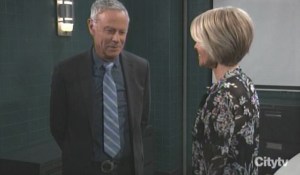 Felicia visits Robert at the Port Charles Police Department. She tells him that Anna has turned up a new lead on her sister. This means she won’t be back any time soon unless Robert does something about it. He reminds her that he’s not in the WSB anymore. She worries that Anna’s absence is straining her engagement to Finn. He explains that they agreed not to interfere in each other’s lives. She says that she went through the same thing with Frisco that Finn is going through. Felicia notices that Robert isn’t upset by the idea of Finn dumping Anna for Hayden. 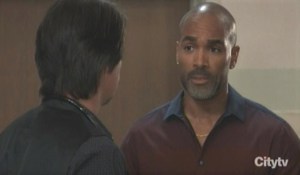 Curtis visits Finn at General Hospital. The doctor asks him how much he knows about what Hayden was doing when she was gone. Curtis doesn’t know much. She’s been cagey. Finn suggests that Hayden left the letter to be found. He thinks Hayden has been lying and their child is alive. Down the hall, Brad receives some anonymous flowers. He assures Lucas he doesn’t have a secret admirer, but they wonder who would have sent them. Lucas suggests he call the florist. Brad makes the call but has no luck. Julian and Ava arrive. He explains that she fainted and Lucas escorts her off for examination. Julian asks about the flowers and Brad worries Nelle sent them. Jerome suggests Brad could be cheating. If he is, he will pay for it. Julian joins his sister and Lucas says she’s just dehydrated but he’s worried about her martini intake. She vents about Ryan and is sure she’s being watched. 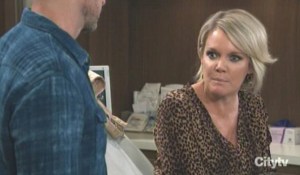 Julian wants his sister to take better care of herself. Dr. Bern arrives and asks if she’s been engaging in compulsive behavior. She repeats that she’s being watched and insists she’s not having a breakdown. Getting distraught, she argues she has every right to be upset and runs out with her brother trailing after. When Lucas and Bern return to Brad, Brad starts to worry about his upcoming couple’s therapy session. He tells the shrink that Lucas won’t be coming. Lucas insists he is and then wonders what’s wrong with Brad, who makes an excuse and rushes off. 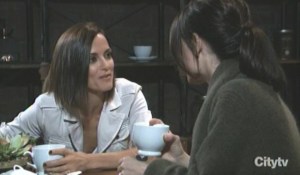 Hayden is listing to Liz at Perks but is distracted. All the same, she gets Liz to talk about how hard the situation with Franco is. Liz is surprised when her sister says she learned all she knows about motherhood from her. The nurse tells her she would make a wonderful mother. Hayden insists there is only one man she would want kids with and he’s no longer an option. Finn calls and tells Hayden he needs to see her. 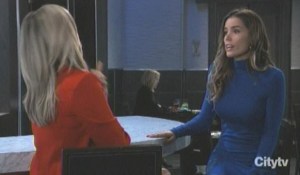 Michael takes Sasha to the Metro Court and suggests she ignore the people staring. Carly spots them and narrows in. He chats with his mom until she sends him off to put gifts for Donna in her car. Michael reluctantly leaves them alone. Carly accuses her of being a con artist. Sasha insists she really cares and isn’t after Michael’s money. She didn’t ask Michael to stick by her. That he has is a testament to Carly’s mothering skills. They wonder if Nina will file charges and Sasha says she will not drag Michael through her mess. Carly is skeptical, but she doesn’t think Sasha is just another Nelle. She admits that she came to town to find her mother and did much worse things to Bobbie than Sasha has done. Sasha is amazed that she’s being so understanding. Carly won’t give her a third chance. Michael returns and his mom informs him that they’ve come to an understanding. 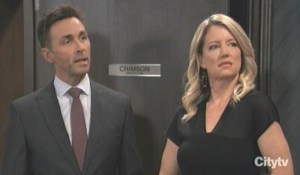 Jax drops by the Crimson office and asks Nina what is going on with Valentin, who pops up and interrupts the interrogation. Jax is disturbed to learn they are still together and Nina insists this is none of his business. She goes off to deliver something. Valentin thanks Jax for being so compassionate to Nina but adds she doesn’t need him in her personal life. When Nina returns, she sends the Cassadine off to get them a table. Jasper reminds Nina that they are friends and he will be there for her if she needs him.

Julian takes his sister back to her penthouse and apologizes for ambushing her. Ava is horrified that Ryan is still killing in her name. He offers to stay the night if she really feels like she’s being watched. She insists on being alone. Once he’s gone, she starts to drink and gets her gun out. She puts it under her pillow and tries to sleep.

Jason turns to Laura for help.

Liz has a heart to heart with Julian. 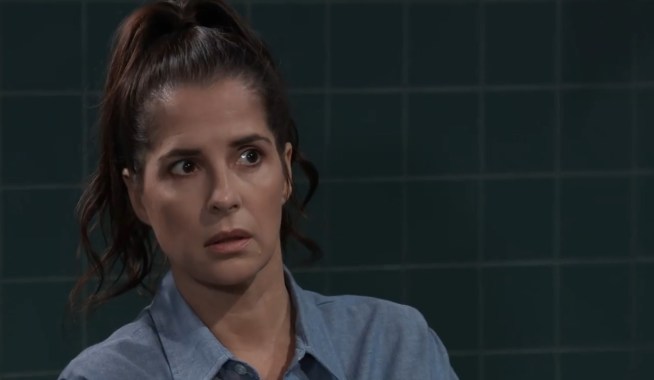 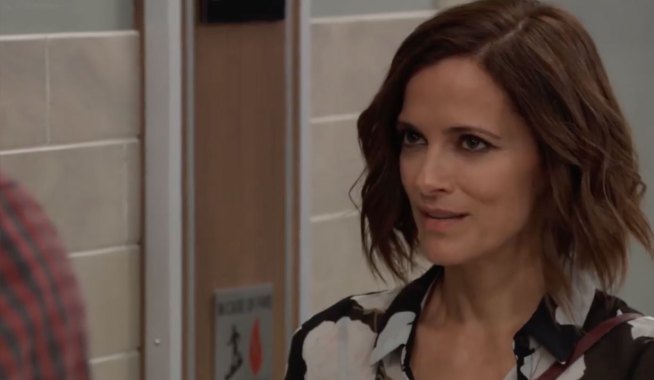