Tuesday October 15, 2019: On General Hospital today, Morgan's loved ones mourn him on the anniversary of his death, Valentin lies to Nina, and Diane warns Jason that Sam's in real trouble. 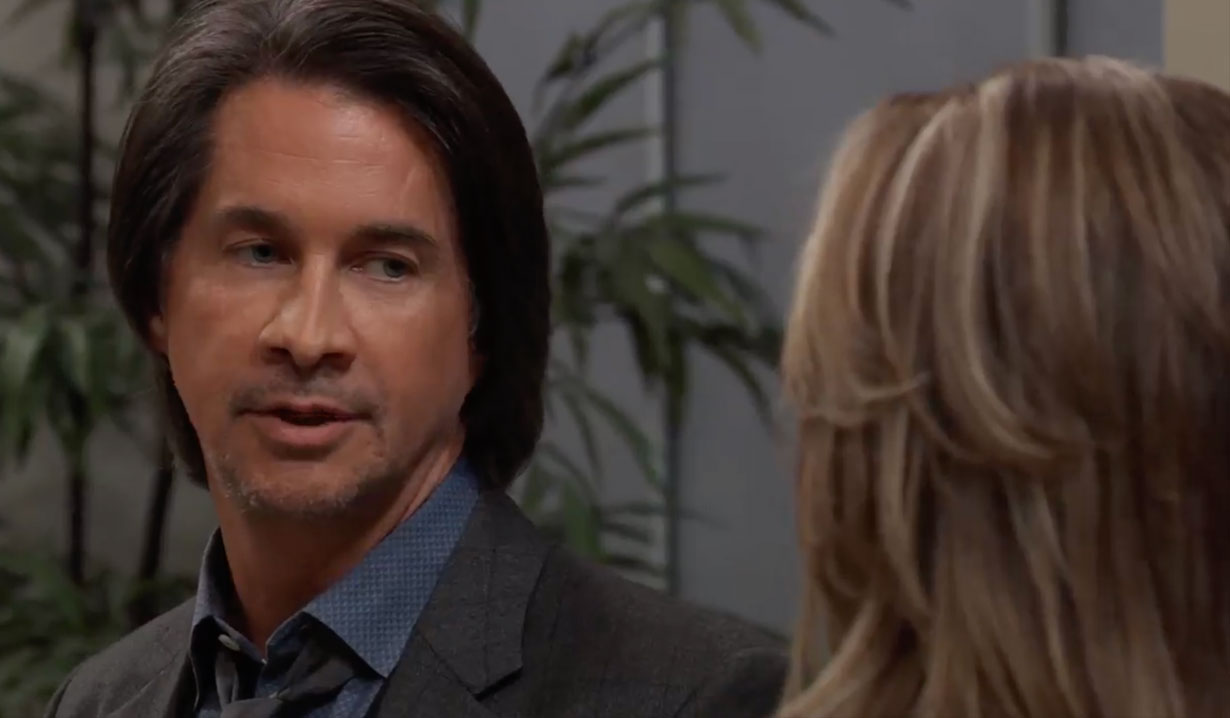 At the PCPD, Diane informs Sam and Jason that Sam’s being transferred to Pentonville. An officer enters to prepare Sam for transfer and escorts her out. Jason asks Diane how they will get Sam out of this. 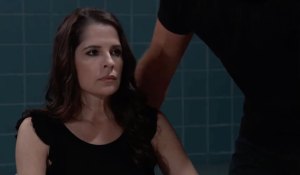 She admits it won’t be easy with the feds involved and her list of previous crimes. Diane is going to try and petition to have Sam held in county lock-up because her connection to him will put her in danger in Pentonville. Sam is returned and given a moment alone with Jason. Jason admits fixing this may take a while. Sam is worried about her kids. He says Scout and Danny will be okay and he will explain this to them. The guard notifies Sam it’s time to go. Sam asks Jason to tell the kids she loves them.

Jax brings flowers to Carly at General Hospital. Carly reveals she’s being discharged, but Donna has to remain in the NICU. Sonny is on the way to pick her up, but he made a stop first and she thinks she knows where, as it’s the anniversary of Morgan’s death. He knows, and he and Joss put flowers on his grave that morning. Jax offers her a ride, but she says she’s okay and has someplace to go. Elsewhere, Finn runs into Alexis in the hall, and he opens up to her about his belief that Hayden is lying to him. He details their conversations about her dog and the finger-painting incident with Aiden, and he wonders if Hayden never miscarried and had their baby. Alexis suggests he ask her for the truth. Later, Finn gives Anna a call and asks her to come home because he needs her. 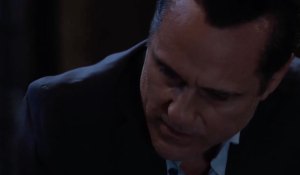 Sonny visits Morgan’s grave, and tells his son how much he misses him. Later, Carly joins him, and they share memories of their son.

Joss, Cam and Trina carve pumpkins in the Corinthos kitchen. Dev joins them looking for Sonny to borrow his car, and jokes he’ll just take it and Sonny won’t know. Joss lashes out and says when her brother did that the car exploded with him in it. She rushes out in tears and Cam and Trina can’t believe they forgot what today was. Later, Joss returns and apologizes for how she stormed out. They tell her there is nothing to forgive. 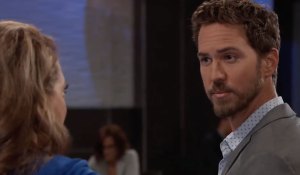 At the Metro Court bar, Liesl suggests to Peter that she write her column from abroad. He wonders if her leaving town has anything to do with Sasha’s lie being exposed. She claims innocence but knows the masses will believe she was involved in the lie. Even though she’s leaving, she warns him that she will watch him from afar and if he slips backs into his old ways that she will expose him and make sure he loses everything. At a table, Jax meets with Hayden and fills him in on Nina and Valentin’s wedding blow-up. Hayden feels they need to find the codicil immediately. He wonders if this has to do with Finn. She admits he is getting suspicious. Jax tells her that she is robbing Finn of a relationship with his daughter, and she is robbing herself of time with her daughter. She feels Finn doesn’t know what he’s missing, which is why she needs to get out of town. 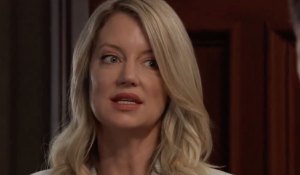 At Wyndemere, Nina catches Valentin about to leave and she can’t believe he was going to runway without an explanation. She asks where he’s going. Valentin is taking Charlotte to Greece because staying here and seeing Nina will just hurt Charlotte. Nina asks how he could let Charlotte love a sister who was a liar. He admits finding her daughter was the only way he could get her back. He tried to find her on his own but couldn’t, so he hired Curtis to. It was Curtis who located Sasha through the lawyer. Valentin laments that he thought she was her daughter, he wanted to believe it so bad because it was the answer to his prayers. He admits he never met the lawyer, he should have questioned things. He also believes while the lawyer’s intent was to take advantage of Nina, he believes Sasha is not a bad person, just someone down on her luck. Valentin apologizes for his part in setting her up for heartbreak. He breaks down and cries all he ever wanted to do was love her. He goes to leave, but Nina stops him and tells him that she believes him. She tells him he screwed up, but this is on Sasha and the lawyer for lying, and she forgives him. He pulls her into a kiss. Later, Valentin calls Obrecht and tells her that Nina believes Sasha was at fault and they don’t have to leave town.

Alexis worries when she spots someone.

Lulu asks Maxie if she’s saying she wouldn’t have told Nina the truth.

Nelle, with Brad by her side, tells Michael he needs to know the truth. 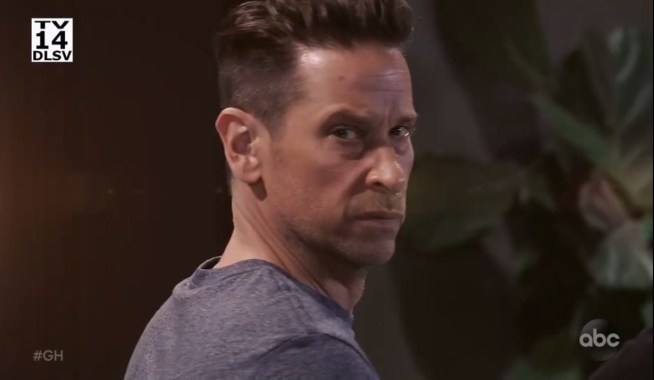 Sam's Arrested After Being Framed by Peter

Nelle Is Denied Parole, While Sasha Is Arrested 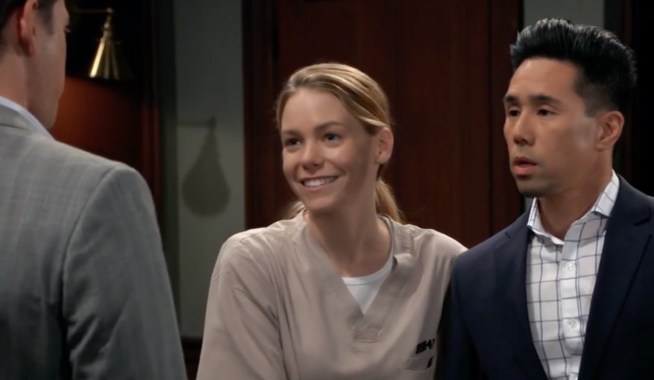