Sam’s Arrested After Being Framed by Peter

Monday October 14, 2019: On General Hospital today, Maxie and Nina debate Valentin's guilt, Julian tries to get through to Franco, and Kim argues with Liz. 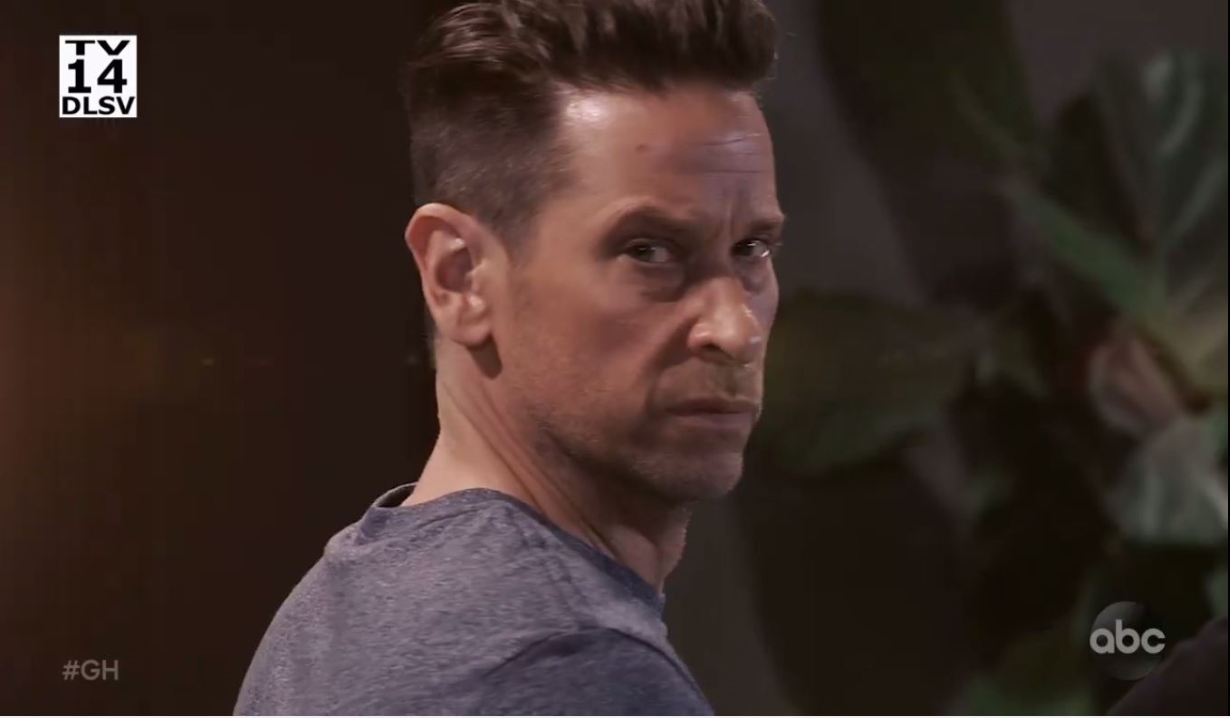 Peter and Roz (played by Nawal Bengholam) meet in an alley to confirm their plan. Peter goes into Charlie’s to meet Andre. The doctor doesn’t know why he wanted to meet. Peter reminds him that he was coerced by his father in the memory transfer business and asks after his mother. Andre isn’t privy to Anna’s situation. They discuss what could happen with Franco. Andre doesn’t have many answers.

At the PCPD, Chase and Jordan question Bryce, demanding more information about his allegation that Sam hired him to kill Shiloh. Roz strides in and ends the interview. FBI agent Caldwell isn’t thrilled about this and neither is Jordan. The law files out and the lawyer quizzes her client. She gives him a story to tell the authorities and then they call them back in. Bryce gives them his story about Sam and how she wanted to settle a score. Caldwell is willing to cut a deal and walks out. Jordan follows him and says the statement is full of holes. He insists it needs to be investigated.

Sam and Jason run into Sonny at General Hospital. He tells them that the WSB finally has the details about Drew’s death. The pilot lost control and Drew is being officially declared dead. Sam starts to weep and goes into the hall with Jason trailing after her. This is hitting her hard. She doesn’t know how she will tell Scout. He’s not convinced that the case is as open and shut as it appears. Jordan calls and asks her to come and answer more questions. Meanwhile, Carly and Sonny talk about losing Drew and how everyone will have to pull together for Scout. They visit Donna. 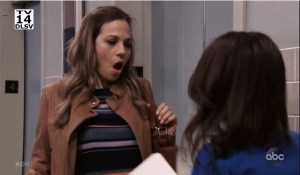 Down the hall, Kim bumps into Liz. She asks the nurse if having Franco committed was a good idea. They argue about who Franco really is now but Liz refuses to continue with this conversation. Kim admits that she put Franco in touch with Martin and is paying for the lawyer. The doctor says Franco has the right to make his own decisions and Liz reminds her of when she denied the same thing to Oscar. Liz apologizes. Kim says she learned from her mistake with her son and suggests Liz learn too.

Julian drops by Shadybrook to visit Franco. Jerome would lay him out for sleeping with Kim if he weren’t locked up. Franco regrets that he was hurt. Julian points out that Kim is just living in a fantasy and Drew never knew her. He adds that Drew and Kim were only together for a few months and she was a different person then. She deserves better than Franco dragging her into an imaginary past. He’s just a way to keep her frozen in her past and avoid healing the loss of her son. After he leaves, Kim arrives. She spoke to Martin and they have a date for his hearing. Next week.

Sam and Jason arrive at the PCPD. He has an uneasy feeling so she urges him to take off and check out some loose ends. Jason calls Andre and asks to meet. Agent Caldwell arrests Sam, to Jordan and Sam’s shock. He’s going to recommend she be denied bail.

Jason meets Andre at Charlie’s and shows him a photo of Bryce. Andre recognizes him as the man who stabbed him. 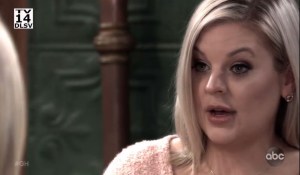 Maxie is surprised to see that Nina is still at the Crimson office with a bottle of booze. Nina admits she was with Jax last night, but nothing happened between them. She’s mad that she opened her heart to a fake daughter and let Valentin back into her life. She does point out that Sasha took all the blame and Valentin could be innocent. Maxie reminds her that the Cassadine has been trained in deception. Nina doesn’t know what to believe about him but is thinking of calling the cops on Sasha. Maxie is sure that Nina knows the truth in her heart. Later, Peter arrives to pick up Maxie and she tells him she wishes Nina could see the liar staring her in the face.

At Wyndemere, Valentin takes passports and cash from his safe. Liesl asks him what he’s doing and they talk travel arrangements. She attacks him for manipulating her niece and ruining their lives. Obrecht demands to know if Nina’s child is still alive. He explains that Madeline had the child put up for adoption. He searched and came up with nothing. They chat about the curious timing of her sister’s demise. Valentin says he provided a suitable child. He thought he was sparing her more harm. They admit that they’ve both come to respect each other. She wishes he hadn’t rushed things with Nina. Shaking hands, they wish each other good luck. She’s sure he will need it. After she leaves, he calls to make some final arrangements. Nina walks in.

Obrecht has a surprising phone call.

Hayden gets an update from Jax. 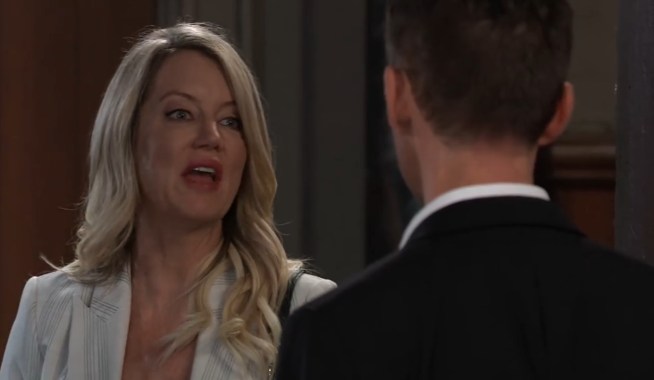 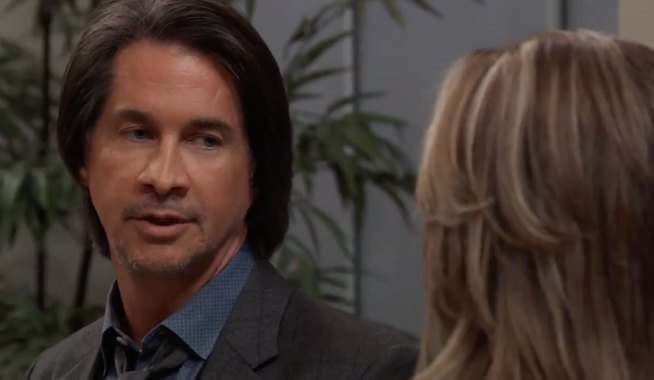