Tuesday October 8, 2019: On General Hospital today, Nina is crushed by Sasha's reveal and runs off with Jax, Nelle demands help from Brad, and Willow wonders if she should revoke Wiley's adoption. 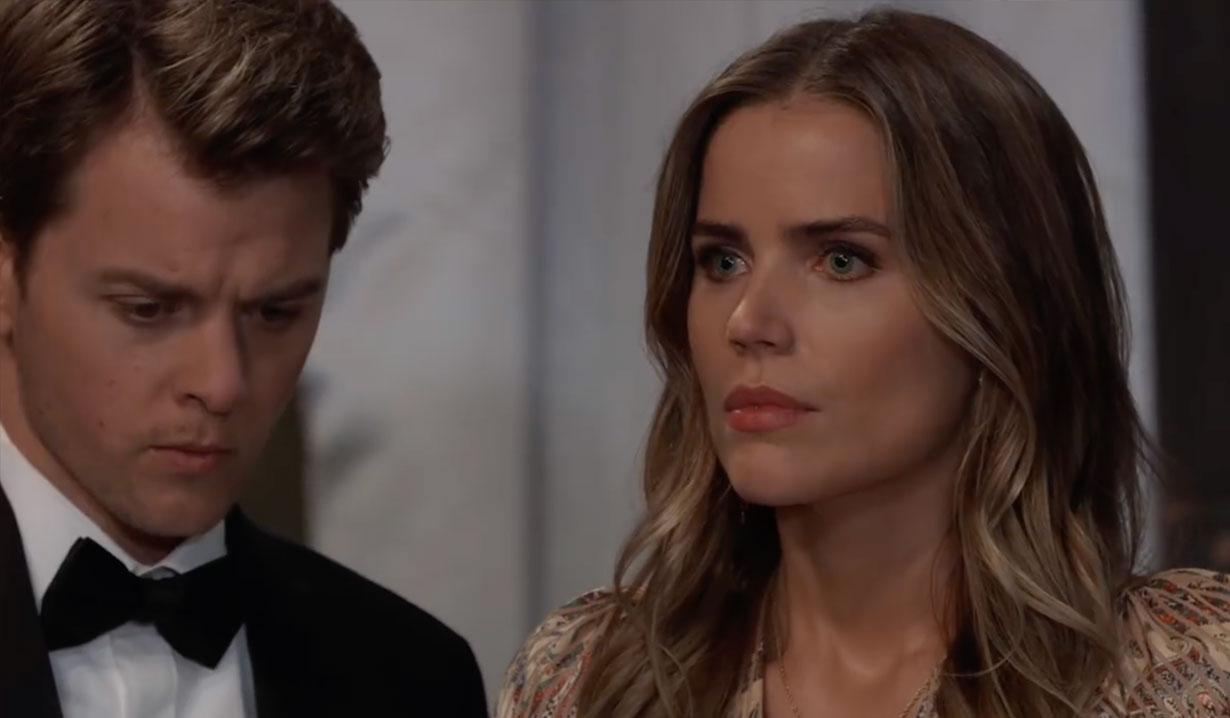 In the church, Nina asks Sasha to tell Lulu that she’s her daughter and that she’s wrong. Valentin thinks Lulu just wants to hurt Nina, and Obrecht chides that Lulu just can’t stand to see Valentin and Nina happy. 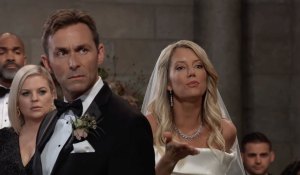 Nina thinks Luluis sure wants everyone to be as miserable as she is because her husband deserted her. Maxie believes Lulu misheard, but Lulu swears she didn’t. Nina again asks Sasha to end this and tell everyone that she’s her daughter. Sasha stammers and cries out, “I’m sorry but I’m not.” Sasha admits the DNA tests were faked, but Nina thinks nobody can fake three tests. Sasha reveals it was an elaborate scheme to make her happy, words Nina notes Valentin always says to her. Sasha details she did it because she needed money. However, in time she grew to love Nina with all her heart. Nina cries what she did was not love but betrayal and she rips the necklace she gave her from her neck and screams, “You are nothing.” She accuses Valentin of being behind this because Sasha isn’t smart enough to pull this off. She cries that he lied to her again and she is so stupid. Nina runs out of the church and straight into Jax. She begs him to get her out of there. Back inside, Michael tells everyone that Sasha wanted to tell them, and they are stunned he knew. He says he can’t explain right now and takes Sasha away. Outside, Valentin tells Obrecht that the limo is gone, and he wonders where Nina has gone. Valentin and Obrecht return and Maxie asks if Obrecht knew the truth. Obrecht claims Lulu misunderstood and jumped to conclusions as she would not dishonor Nathan by hurting his sister. Obrecht leaves to find Nina, and Maxie asks Peter to promise her they’ll never have secrets. Meanwhile, Valentin chides Lulu for breaking Nina’s heart just to get back at him and promises she will pay for destroying Nina’s heart. Curtis swears to find out how three DNA tests came up wrong and he will pay for hurting Nina. Outside, Sasha cries to Michael, who comforts her.

Nina visits Ryan in Pentonville with the stack of letters he’s written to her. He asks if she reads them by candlelight and if they keep her warm at night. She tells him she only saved them to show the warden that he’s harassing her and make him stop, but they refused. 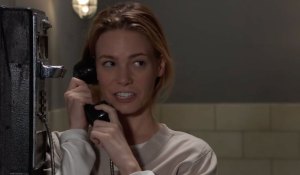 Chase and Willow head to Kelly’s and run into Brad with Wiley. They say hello, and Brad excuses himself to take a call and asks them to watch Wiley. Outside, Brad speaks to Nelle. She needs his help and asks him to come visit her now. He explains he has Wiley, so she asks him to bring her son. He refuses and says he’ll find someone to watch him. Chase and Willow watch Wiley for Brad. Chase wonders now that protecting Wiley from Shiloh is not a factor, does it change what she wants for him. Chase gets a call he has to take and excuses himself. Willow ponders Chase’s question and admits she’s been wondering it herself. Should she try and revoke the adoption? She wants to be his mother, but she knows Wiley wants the family he has. She realizes she could never hurt him by taking him from his dads, and she hopes one day they can have their own relationship. 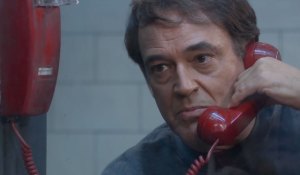 Back in Pentonville, Brad visits Nelle, who wants him to sign an affidavit on her behalf for her parole hearing. She wants him to say that she was not rational when she tried to kill Michael because she was hormonal. She reminds him of everything she’s done for him and Lucas, so he agrees. Brad asks if she’s given parole then what will she do about Wiley? Nelle says she’s done and calls the guard. Elsewhere, Ava begs Ryan to stop writing her because his letters are eating at her soul. He thinks she’s the one killing herself. Ryan feels he’s the only one who understands her, and when she was with him she was happy and healthy. Once she admits she loves him then he can start helping to heal her. She tells him she’s leaving his letters for him and to go to hell. Later, Ryan runs into Nelle as he’s escorted back to his cell. She tells him she may be getting paroled, and he says he may ask a favor of her once she’s on the outside. She agrees and calls them kindred souls.

Jax takes Nina to the home he just purchased. He grabs a bottle of scotch, which he only partakes in when he loses something. Nina sobs and tells Jax that Sasha isn’t her daughter.

Robert tells Jordan that he has news to deliver in person.

Cam asks someone to put him on the stand.

Franco believes he owes someone an apology.

Martin tells Kim that he will put Drew in the center ring.

Sonny asks Sam and Jason what the connection between Shiloh and Peter is.

Spinelli, listening to something, scream, “Aha!” 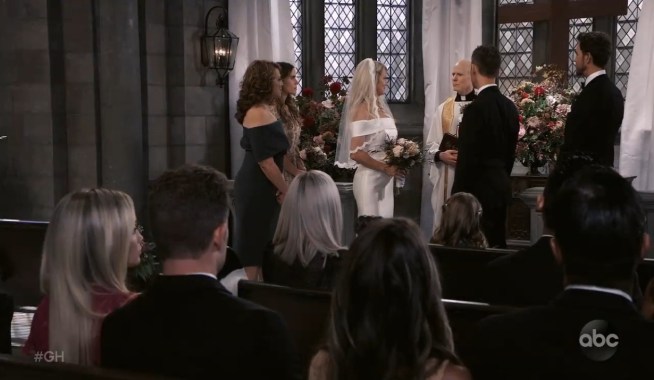 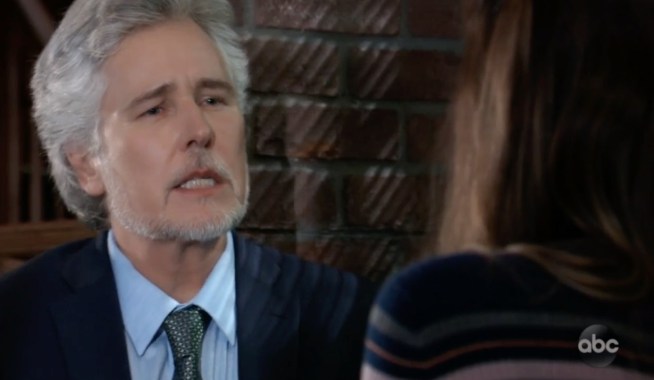