Kim’s Teetering on a Breakdown According to Terry 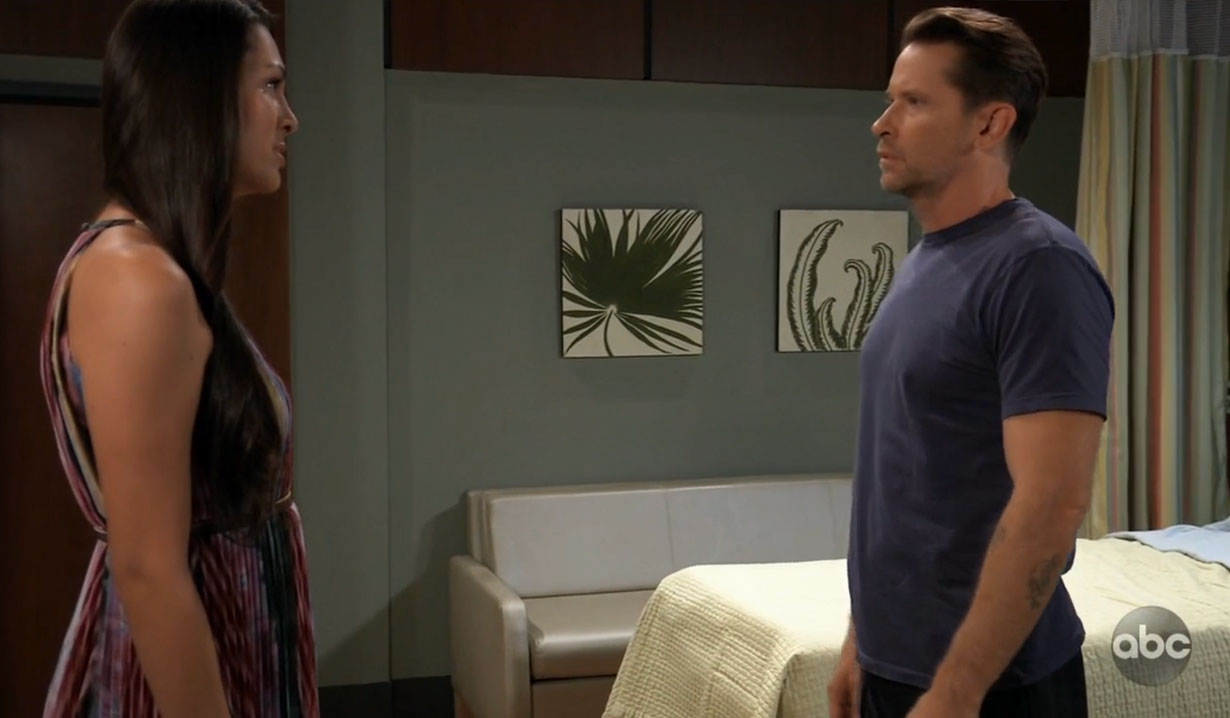 At Crimson, Jax stops by Nina’s office to discuss her avoiding him. They soon bicker about Valentin, and he can’t understand what she sees in him. She suggests if he wants to know why she loves Valentin then he should come to her wedding. In the Metro Court restaurant, Laura tells Curtis that she spoke with Spencer, who denies having anything to do with the search for the codicil. Valentin walks by and joins them. 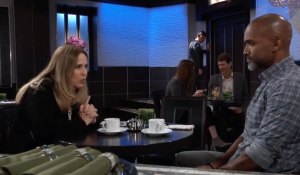 He says he will be dropping Charlotte off at Laura’s place tonight while he and Nina have their bachelor and bachelorette parties. Laura suggests she stay at Wyndemere with Charlotte, that way the girl is there to help Nina get ready in the morning. He likes the idea and leaves to see Nina. Laura tells Curtis she’ll have to work fast because she only has the night to search Wyndemere. Back in Crimson’s offices, Valentin arrives and learns Nina has invited Jax to the wedding. Jax agrees to attend and then departs. Back in the restaurant, Jax joins Curtis and Laura, and Laura learns he’s also in on the search for the codicil. She wonders what his interest in this is. He wants to purchase certain parts of the Cassidine Industries that have increased in value under Valentin’s direction, but he would never sell to him. Laura tells Jax that she and Kevin will search Wyndemere tonight and with luck, they’ll find what they need. 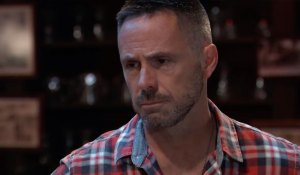 Liz stops by Charlie’s to try and convince Julian to leave town with Kim, but he tells her that they are through. Liz lashes out for him for refusing to help her. He pours her a drink, and she apologizes for her tirade. Liz feels Franco is still in there somewhere, and he could be watching and aware with no way to tell them. 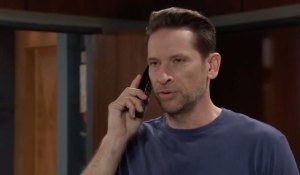 In Shadybrook, Franco calls Kim. The doctor apologizes for what Liz is doing to him. Franco insists he’s not insane and he is in love with her. She tells him that she’ll be there soon. 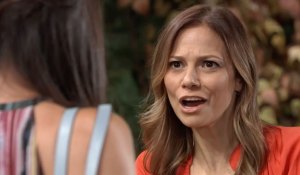 Hayden is playing frisbee with Aiden in the park when she runs into Finn. He’s impressed at how good she is with her nephew. She admits she’s finding kids to be a lot of fun. Finn gets a reminder to call Anna due to the time zone difference, so he excuses himself. Hayden stops Finn and tells him she has something she has to tell him. She reveals she didn’t lose the baby and they have a daughter who is the best of both of them. Finn is overjoyed and hugs her. He loves her and wants to be a family with her. Liz arrives and snaps Hayden out of her daydream. Elsewhere, Terry encounters Kim after her call with Franco. Kim asks Terry if she can get through to Liz about Drew and accept the fact that Franco is gone. Terry feels Kim is the one not accepting the situation and is clinging to the memory of Drew to hang on to Oscar. Kim insists Franco is her Drew. 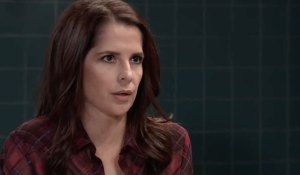 At the PCPD, Jordan plays a recording of Sam saying she wanted Shiloh dead for what he’d done and would do anything in her power to make it happen. Jason exclaims Sam is being set up, and Diane demands a moment with her client. Jordan steps out, and Diane explains this has now moved to a case of premeditated murder. Sam assures Diane she has never said those words, and the tape has to be a forgery. Diane exits and demands to know where Jordan got the recording. It came from Daisy Kwan, who Diane points out is devoted to Shiloh. The tape is sent to forensics and later Jordan gets the report and the audio hasn’t been tampered with. Sam is cuffed and taken into custody.

Kim visits Franco at Shadybrook and promises to get him an attorney to protect his rights. Later, Terry visits him and explains Oscar’s illness and death pushed Kim to her limits, and she is still teetering on the edge of an emotional breakdown. Terry fears getting swept up in his situation is going to break her. She needs to move on, and discover a new path that no longer involves being Oscar’s mother, and he’s a reminder of the past. She advises Franco to set Kim free if he loves her.

Kim stops by Charlie’s to check on him and return some of his belongings. She apologizes again for hurting him, but he was right, and she was lying to herself about how she feels about Drew. She can’t stop or control it. He knows but is worried she is walking into a situation of hurt that there is no hiding from.

Sasha tells Nina that nothing will spoil this night for her.

Peter asks Maxie how to throw a bachelor party for a guy with no friends.

At the Metro Court, Valentin promises Curtis that nothing will come between Nina and the happiness she deserves.

At Nina’s party, she hugs and thanks Maxie. 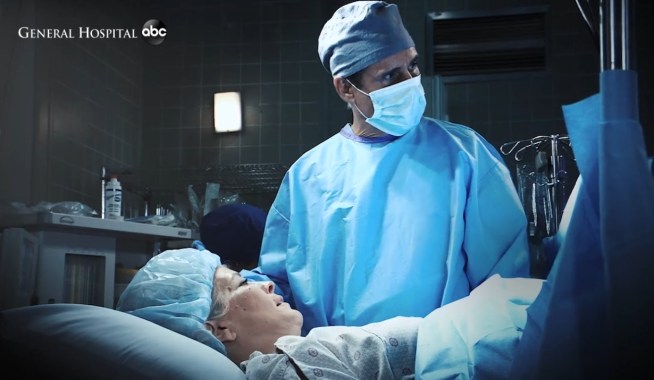 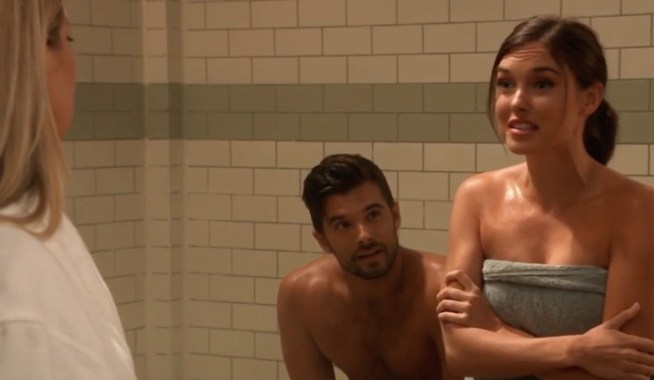