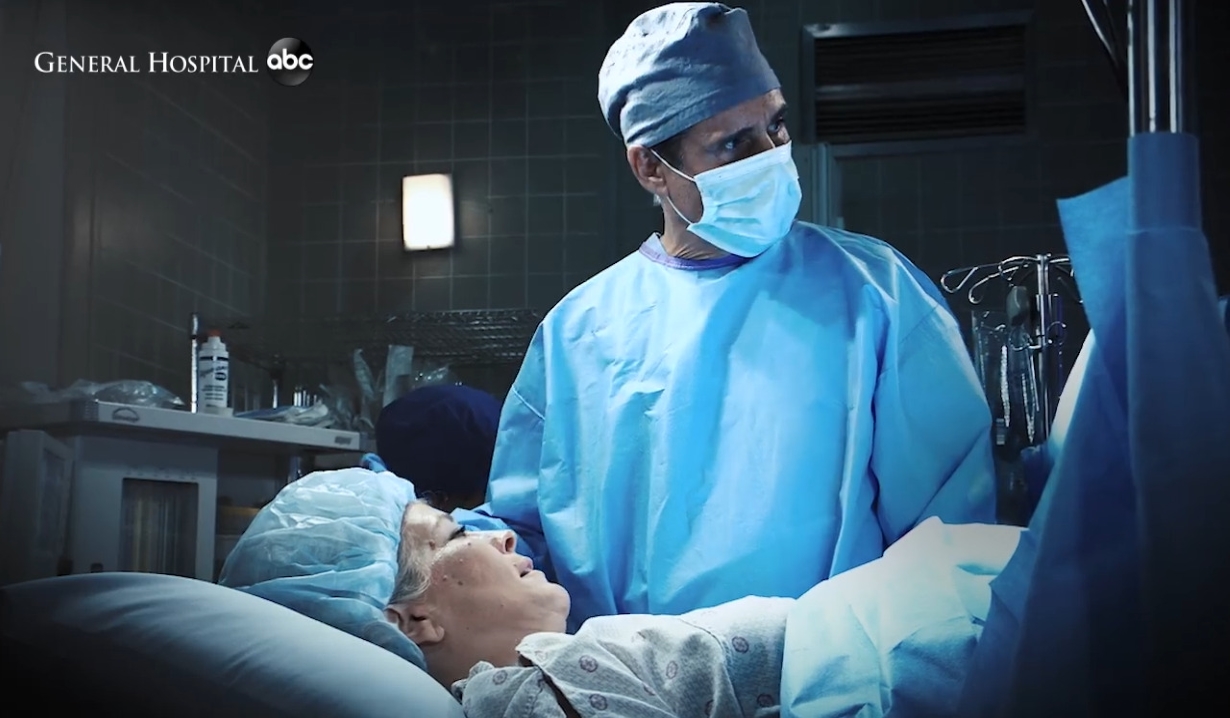 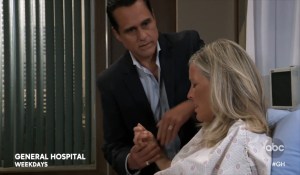 At General Hospital, Sonny is by Carly’s bedside. She’s excited but worried that the baby is coming early. Michael pops in to wish her luck. A doctor arrives to start prepping her for the c-section. Moments later, she and Sonny are in the operating room and she’s numbed by meds. Sonny is reassuring. The doctors arrive and explain the surgery before commencing. The baby girl is delivered, and her spine looks healthy. They welcome her to the world and name her Donna. The doctors take the baby away for surgery. In the waiting room, Jason explains to Michael that the baby will have spina bifada. 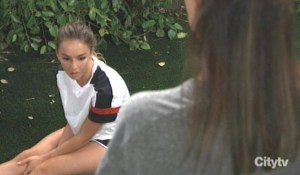 In the park, Alexis and Kristina stop their jog. The lawyer talks about how great fitness is for her and then asks her daughter if she wants to discuss Sam killing Shiloh. She assures her that the case is closed. Kristina talks about therapy and how helpful it has been. She’s glad she had the chance to face Shiloh in court before he died. However, she still feels bad for lying about her mom killing Kiefer. Alexis doesn’t think they should talk about that. Kendra appears. She looks familiar to Kristina and the lawyer explains that she’s her trainer. When Kendra leaves to take care of something, Kristina quizzes her mom about Neil. She hopes he is making her mom happy. Kendra returns and Kristina takes off. The lawyer and her trainer discuss her progress and Kendra hands her a giant jar of dietary supplements. Alexis wants to look up the ingredients before she starts taking them. As she does, Kendra steps away to look at photos of Kiefer on her phone. Alexis is satisfied with the supplements, so they put some in water and Alexis starts drinking. 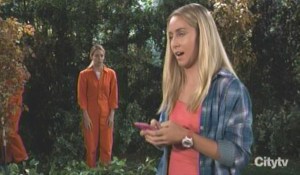 As Joss is walking through the park, Nelle calls over to her. Joss isn’t happy to see her and gloats about Michael moving on. Nelle tells her how great fresh air is and how much she looks forward to freedom. This appalls Joss, who calls her a psycho. Explaining how much she has changed, Nelle says she forgives her. This outrages Joss and Nelle makes it worse by bringing up Oscar’s death. Joss calls a guard to take her away. 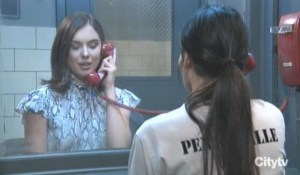 Willow goes to Pentonville to visit Harmony, who tells her how impressed she was with how she behaved at the trial. She’s sorry for what Shiloh did to her. Willow breaks the news that he’s dead. Harmony feels bad for letting him manipulate her. Her daughter tells her that at least Shiloh will not be able to hurt her grandson. Harmony is relieved to see her daughter at peace. Willow is proud of her for standing up. Meanwhile, Nelle meets with a lawyer, Martin Grey (played by Michael E. Knight.) They discuss her case and he tells her how bad it looks. She lists her hardships and talks of losing her baby. Nelle feels like she’s paid enough and she’s been a model prisoner. It makes her sick to think of the pain she has caused. She wants to make amends and can’t do that behind bars. He agrees to represent her at her parole hearing. As Nelle is taken down the hall, she runs into Harmony, who breaks the news of Shiloh’s death. After Harmony is taken away, Nelle smiles and says the day keeps getting better. 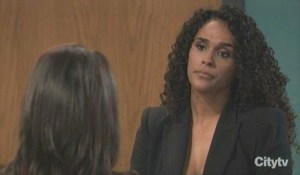 Sam arrives at the PCPD after being called over by Jordan. Sam doesn’t know why she’s being questioned about Shiloh’s death again. Sam won’t say any more without her lawyer. Diane and Jason soon arrive and Jordan informs them of the incriminating conversation the nurse overheard. This makes Diane roll her eyes. She lectures her that the statement won’t stand up in court and declares this over. Jordan walks off to make a call and Diane warns her clients that they will be in for more questioning. They get a text about the baby. Before they can leave, Jordan stops them and places Sam under arrest for murder. 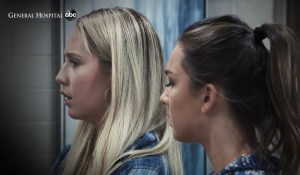 Joss arrives at the hospital and finds Michael in the waiting room. She tells him about her annoying encounter with Nelle. Kristina arrives next and Michael informs them of the baby’s condition. Sonny comes out and tells them that the baby has been born. Everything is going according to plan and the baby is in surgery. The family goes into Carly’s room and she announces they have a new baby sister, Donna. Sonny explains that Donna was a great lady from the old neighborhood who was caring and wouldn’t stand bullies and their daughter will be the same.

Julian has a broken heart.

Curtis and Laura catch up.

Kim's Teetering on a Breakdown...

Once Upon a Time, Dustin Hoffman Nearly Lent Colin O'Donoghue a Hand