Friday September 20, 2019: On General Hospital today, Sonny and Carly argue about what to do with Dev, Maxie and Lulu discuss their professional options, and Robert gives Jason a warning. 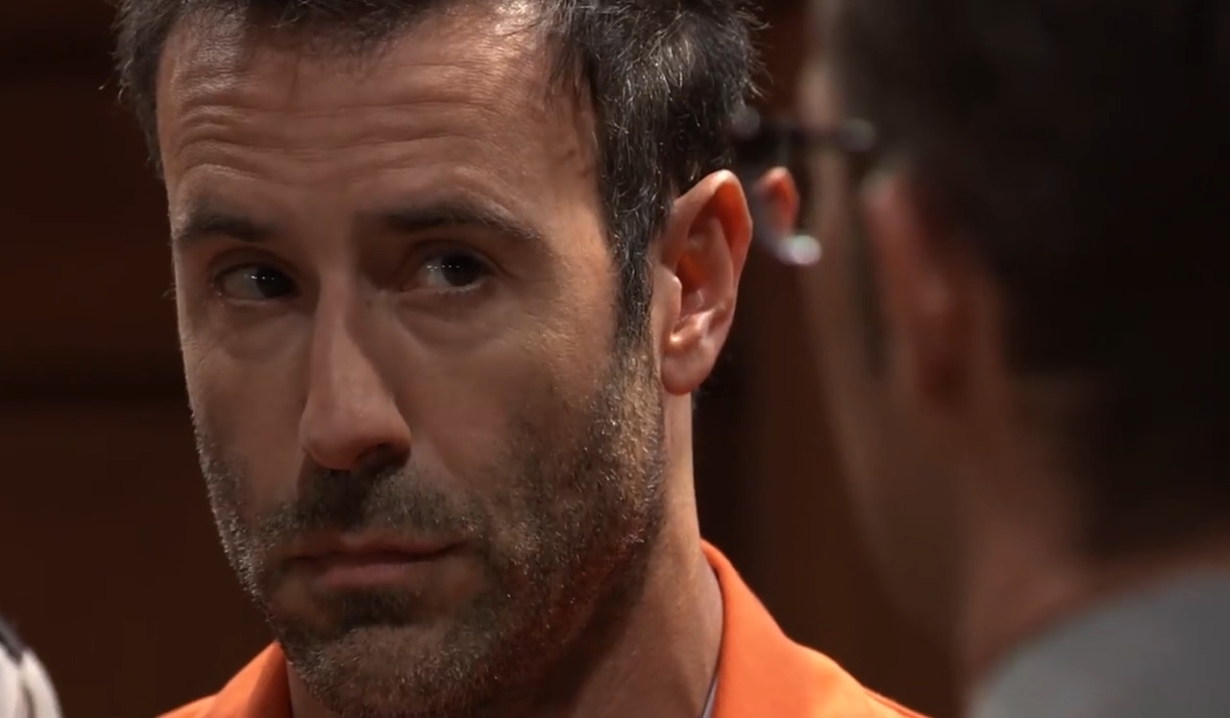 Outside of Kelly’s, Joss notices that Dev is quiet and wonders if he is worried about school. 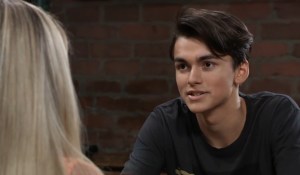 Sonny interrupts them doing homework. Sonny tells Dev he can take some time off from the warehouse. Joss assures Sonny that she is back to being an upstanding student. After he’s gone, she talks about how hard school is without Oscar. She doesn’t want her parents to worry because that might only make things worse. When she asks Dev about working in the warehouse, he’s vague. He feels like he’s in the way at work and at home. Grabbing her hand, he tells her that what her family has done for him has meant a lot to him. She assures him he’s not going anywhere. After she heads home, he looks for flights to Montreal. 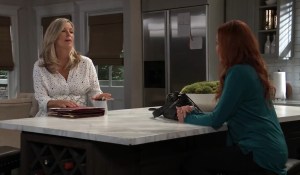 At the Corinthos compound, Carly calls around to find a school to send Dev to. Bobbie surprises her and they chat about Wiley. The topic changes to Carly’s pregnancy and her mom wants to know her birth plan. Carly explains she’s having a C-section. This leads to Bobbie asking if there are complications with the pregnancy. Before Carly can explain, Sonny shows up. Bobbie would like to keep digging for information but has to leave to look after Wiley. Once she’s gone, Carly tells her husband that she doesn’t want her mom to know the details because she wants her final weeks of pregnancy to be peaceful. She shows him brochures for schools. He’s annoyed that she’s so eager and points out that he never agreed to send him away. She’s worried that Dev’s presence is making Joss’ life into a lie. Sonny suggests they let Joss move in with Jax. Carly says forget it. She thinks that Dev would be free if he could start his own life. Later, Joss returns and is surprised to see the boarding school brochures.

More: Scott Reeves in The Resident 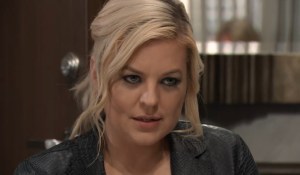 Lulu and Maxie arrive at the Crimson office with salad. They talk about Laura walking in on Lulu with Dustin. Maxie admits she’s almost nervous about how well things are going with Peter. Out in the hall, Peter calls his man at the courthouse and orders him to take care of Shiloh today. He interrupts the ladies and they discuss the dog fashion show Lulu went to. She begs Peter to tell her editor to put her on the crime beat. He says that will only happen if she doesn’t go vigilante again. Maxie points out that the crime beat will take away time for Dustin. As they chat, Peter mentions that Maxie might leave the magazine. Lulu starts to prod for details, but Maxie insists she’s happy where she is. Peter agrees to speak to Lulu’s editor and leaves. Lulu asks her friend about what her plans for a magazine would be. Maxie starts to talk about all the things she would do and it becomes obvious that she’s thought about this a lot. Lulu pushes her to consider this more seriously. 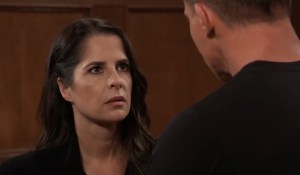 Shiloh takes the stand at the courthouse and is sworn in. He confirms that he is the founder of Dawn of Day, but it is not a cult and he is not a leader. He talks about the work that the group has done for the community and the therapeutic help he gave to the Davis family. Sam came with ulterior motives, conspiring with Jason. The prosecutor objects to this but it is sustained. Shiloh explains that Sam wiped out his family’s savings. The prosecutor questions him about the trust and the women he’s initiated into it. The judge ends questioning for the day and orders Shiloh returned to Pentonville. Chase tells Willow how proud he is of her. Kristina asks her out for a drink. They leave as Spinelli tells Sam and Jason that the trial seems to be going well. Jason reminds him he needs to check into the relationship between Shiloh and Peter. Sam can’t believe that Shiloh used her past against her. They approach Robert and he tells them they all want Shiloh to face justice, but the legal kind, not Jason’s. After Scorpio walks off, Sam complains about how unfair that was. Jason admits that he will kill Shiloh if he’s not found guilty. Down the hall, Peter’s man, dressed as a guard, catches up with Shiloh and his guard. Later, Chase runs down the hall to Sam and Jason, explaining that Shiloh has disappeared. The van never made it to Pentonville.

By the elevators at Crimson, Spinelli bumps into Peter just as he gets off the phone to his man looking after Shiloh. Spinelli starts to question him about how his paper is covering the trial and his relationship with Maxie. He suggests a double date. Peter awkwardly exits. Spinelli calls a contact to track a call from that location.

On the road, Bobbie is pulled over by Shiloh dressed in a police uniform.

Sam makes a run for the Haunted Star.

Finn has news for Peter.

Do you remember at this time in September 2016 on General Hospital, when Julian was cleared of murder charges, Alexis drank, and Ava questioned Paul about him killing complete strangers. 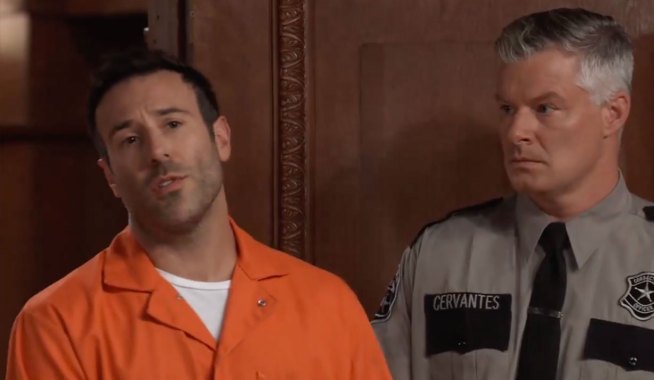 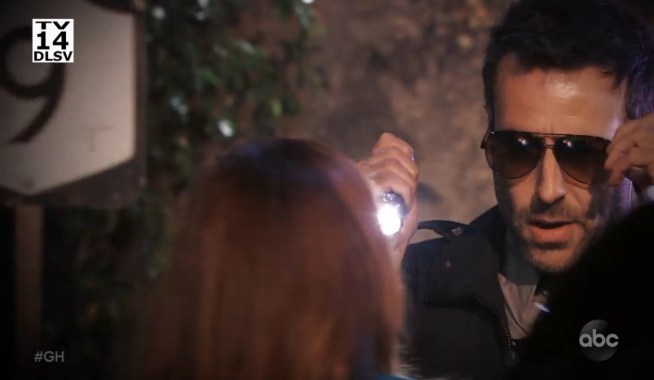