Sasha Confesses to Michael That She’s Not Nina’s Daughter

Monday September 16, 2019: On General Hospital today, Laura and Curtis are shocked by what they find on the Haunted Star, Julian agrees to get rid of Obrecht, and Kim can’t say goodbye to Drew. 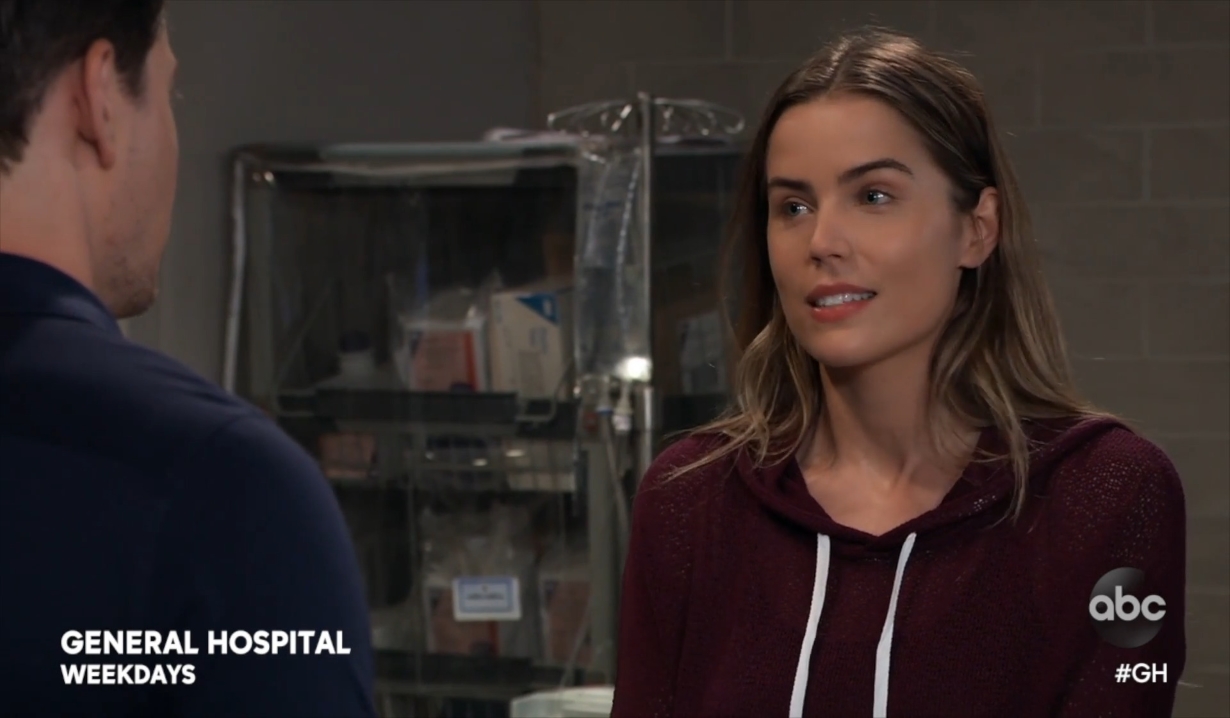 On the Haunted Star, Laura and Curtis are shocked when they walk in on Lulu having sex with Dustin. 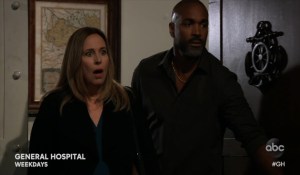 They escape fast and Laura needs to go out for some air. Dustin admits to Lulu that it has been a while since someone’s mom walked in on him having sex with their daughter. Lulu is mortified. Out on deck, Laura and Curtis are surprised Lulu has moved on so fast and he offers to run a check on Dustin. She doesn’t think that will be necessary. They try to come up with an excuse about why they are on the boat. Eventually, Lulu interrupts and makes excuses for moving on so fast. Her mom is proud of her. Lulu wonders why they were going to an isolated bedroom. They explain they are working a case but can’t explain because of client confidentiality. As Dustin comes out, the mayor and PI go off to continue their search. While they are searching, he discovers a kerchief. They can still smell the perfume on it so guess someone else is still on the boat. Someone peers at them from the closet. 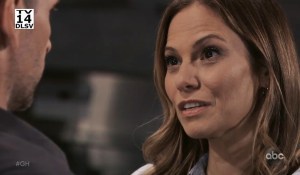 Franco drops by Kim’s place to check on her. She’s distraught about losing Drew, but still has faith that he might be alive. Franco offers to ‘stand-down’ if she wants Julian to be the man in her life. She insists she does. Franco points out that he is more Drew Cain than the other, memoryless, Drew will ever be. When she accidentally calls Franco ‘Drew’, he reminds her that he loves her as much as ever. He spots the snow globe Drew bought for her years ago and remembers buying it. Chase shows up. Kim is annoyed that he’s been following Franco like a criminal. The cop explains that the judge has dismissed the charges against Franco. He takes off the ankle monitor and exits. Franco is thrilled and tells Kim he wants to go anywhere she wants. He reminds her of their trip to the zoo and all the plans they made. She admits that when she closes her eyes, her heart believes he is Drew, but with her eyes open, she sees he’s her friend’s husband. Kim repeats that her future is with Julian. Franco promises to respect her wishes and will send her a postcard. She asks him not to. As he is about to exit, she tears up. She can’t say goodbye again. They kiss. 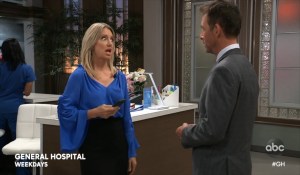 At General Hospital, Nina tells Valentin that it would be cool if Sasha became famous as the face of Deception. Obrecht wonders how happy Valentin will be about people becoming obsessed with the details of Sasha’s life. Valentin and Dr. O think Sasha should weigh the pros and cons carefully. Obrecht heads down the hall and startles Brad. He doesn’t want to talk to her. She’s missing Britt and asks him to reunite her with her daughter. Julian hovers in the background as Obrecht reminds Brad about the Wiley problem. When she walks off, Julian hurries over. Brad begs him again to get rid of Obrecht. Jerome tells him he will take care of it. After he leaves, Obrecht returns and bickers with Brad. He tries to stall her, but she barges past and gets on the elevator. Down the hall, Sasha tells Michael that she can’t lie anymore, and he deserves the truth about her. “I’m not Nina’s daughter,” she admits. This perplexes him. She explains how she’s faked it because she needed money but has come to love Nina. Sasha admits it was Valentin who hired her as part of a plan to win Nina back. Making excuses, she adds that she wasn’t taking the place of a real daughter and was giving Nina what she always wanted. After her grandma died, Nina was the closest thing to family she had. Nina and Valentin interrupt and Michael leaves Sasha in tears. Valentin looks worried and suggests they give Sasha some space. Sasha insists on going somewhere with Nina to talk. Out by the nurses’ station, Chase arrives and finds Michael. He’s happy to hear Sasha has recovered and suggests they all go and celebrate. Michael doesn’t think so.

Julian goes down to the garage and starts to tinker with Obrecht’s car. As he does, he thinks of all the promises he’s made to Kim about being a good man. He gets a text from Brad warning him that Dr. O is on the way. Once Julian has left, Obrecht comes down and gets in her car.

Obrecht is amused by Valentin’s problems.

Julian has some reservations. 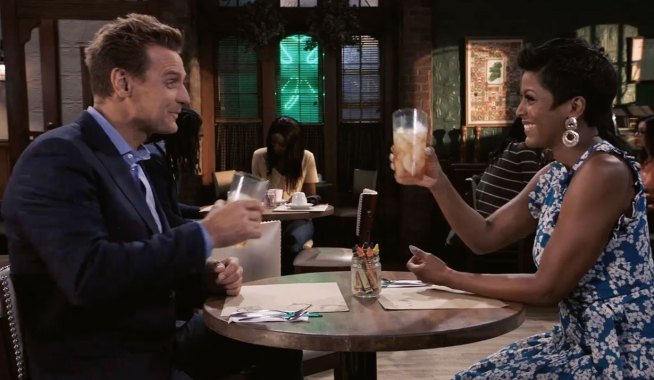 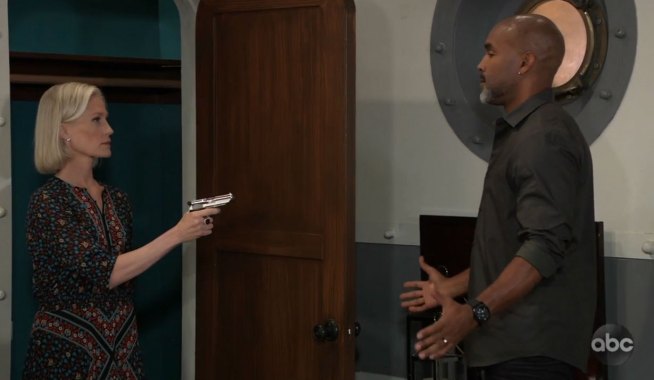