Monday September 9, 2019: On General Hospital today, Scott asks Sonny for a favor, Andre tells Liz what could go wrong, and Monica asks Franco to shares Drew's memories with her. 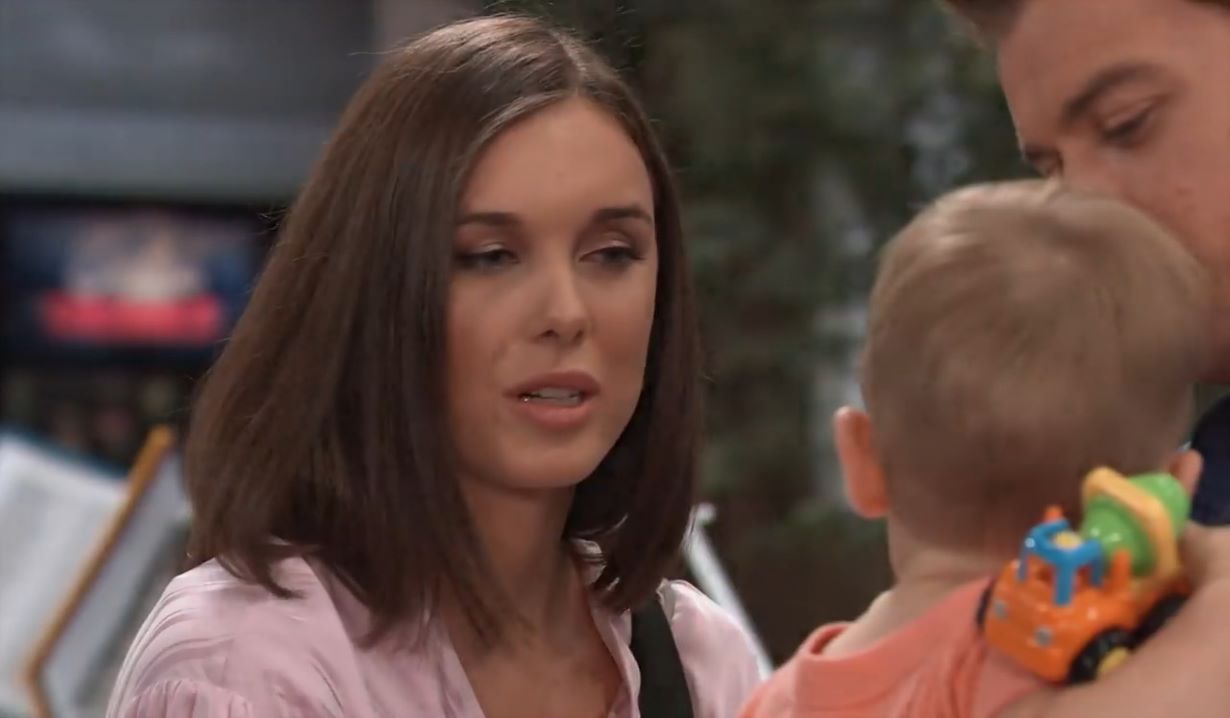 Michael runs into Willow at General Hospital and she tells him about her interview to be a pediatric teacher. She has a good feeling about it. They discuss Sasha and her recovery. Brad arrives with Wiley and grimaces as they fawn over the child. Michael tells Brad that Obrecht said Wiley was lucky to have two loving dads. That irks Brad. When he wants to take the kid back to daycare, Michael offers to look after him. Brad takes off, leaving them to talk about how things are finally looking up for everyone. Suddenly, he notices that Wiley doesn’t look like his parents. 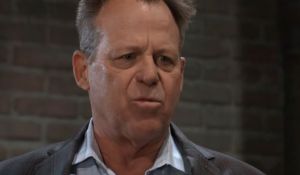 Outside of Kelly’s, Scott listens on the phone to Franco barking to get him out of his ankle monitor. When Scott gets off the line, Liz is standing there, guessing that Franco is eager to get back with Kim and move on. She tells him about Cam catching Franco kissing Kim. The lawyer explains that legally there isn’t much they can do other than commit Franco. Liz is eager to do that, but he warns that she might wind up losing her husband in the process. Scott gets another idea and sends her off to see Andre. Inside, Sam informs Jason about Drew’s plane going missing. He guesses that Andre being stabbed and Drew going missing is more than a coincidence. They realize that’s beyond anything Shiloh could do. Jordan calls them over to the PCPD. 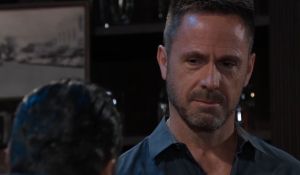 Sonny saunters into Charlie’s to see Julian and asks him about the sale. Jerome explains he has to pass inspection first. Sonny assures him he will pass but nearly gags when Julian serves him some non-Corinthos Coffee. He hands Jerome a stack of cash and explains he wants to buy his collection of old photos for his dad. Julian tells him to keep his money. Mike can have them for free. Sonny gets a text from Scott and crosses paths with Brad on the way out. Brad tells Julian they have a problem with Obrecht. He explains that Liesl is the person who delivered Wiley. That seems impossible to Julian at first, but he quickly realizes he must have been Nelle’s baby. He’s outraged that Brad dragged him into stealing Sonny’s grandchild. Outside, Scott meets with Sonny and tells him he needs his son back. Corinthos may be his only hope. Sonny is reluctant to help anyone with a horrible history. Scott plays the father card and asks if he will help detain his son with his goons. Sonny offers to do his best but won’t promise anything. 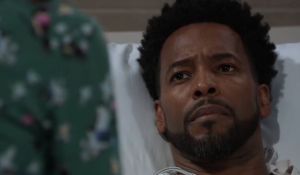 Andre wakes up in his hospital room and is surprised to see Monica there. He explains that he’s come back to try to restore Franco’s memory. She admits she hopes that doesn’t work because it will erase all of Drew’s memories. After she leaves, Liz arrives and he tells her how much he wants to undo what he’s done. He explains that they have a chance to reverse things since Franco didn’t technically lose his memories. They go over how many ways this can go wrong, including the possibility that it will erase Franco’s memories or turn him into a vegetable. 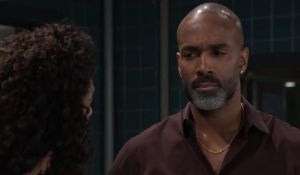 At the PCPD, Jordan and Curtis are hoping that Drew will be found. The WSB doesn’t suspect that anyone would have taken down Drew’s plane. Jason and Sam arrive and they discuss the disappearance. Jordan explains that the pilot of the plane was working under a cover and they don’t know who they were. They pool everything they know and guess that this isn’t about Shiloh. Jordan gets a call informing her that the WSB found the wreck of Drew’s plane and no sign of survivors. Sam looks worried and Curtis tries to reassure her. 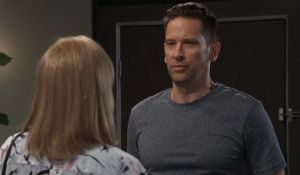 Franco is doing push-ups in his room at the Metro Court when Monica shows up. He appreciates her calling him Drew. She explains that she wants to know all about him, everything she would have known if she’d had the chance to raise him. They talk about their favorite movies and he offers to tell her all of his stories if she can use her power to put pressure on Scott. She offers him a place at the Quartermaine estate, but he doesn’t want to impose or take money. Jason arrives and announces he has something important to tell them.

Brad has some explaining to do.

Peter is prompted to make a call.

Michael catches up with Josslyn. 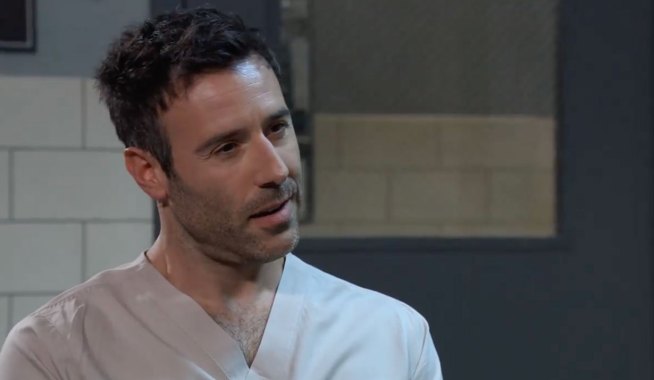 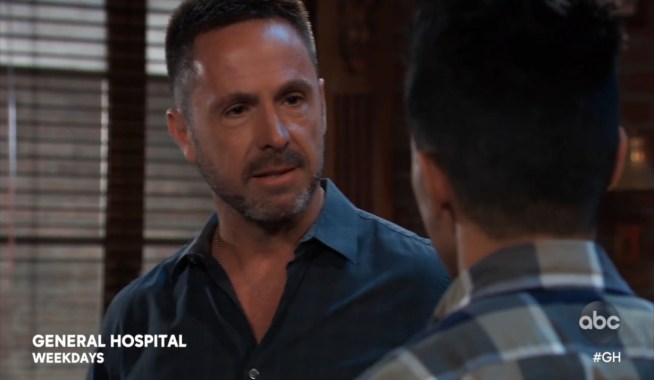