Wednesday, September 4, 2019: On General Hospital today, word of Andre's return spreads, Cam confronts Franco, and Alexis has bad news for Julian about the sale of Charlie's. 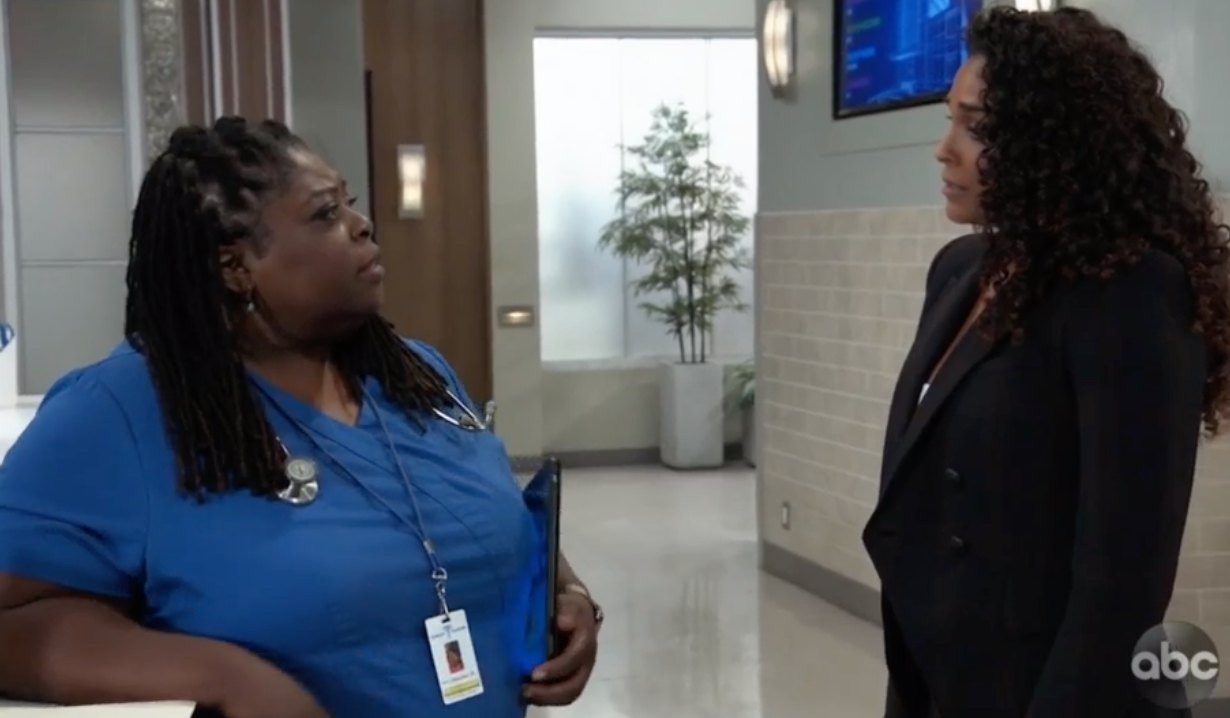 At General Hospital, Epiphany explains to Jordan that Andre suffered near-catastrophic blood loss. It’s touch and go, but they’re doing everything they can to treat him. Jordan calls Curtis. She instructs him to keep trying to get a hold of Drew and to keep everything under wraps. 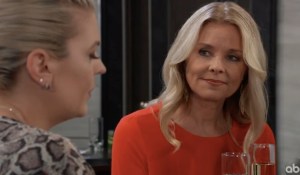 A worried Maxie grills Mac at the Metro Court about his job at the PCPD. She wants to make sure he’ll be safe. Robert steps away to take a call and runs into Peter. Robert knows his family will eventually see the dark side in him. They bicker as Maxie reminds Mac he can be a hero to Port Charles, but he’s a hero to his family too. Peter and Robert return to the table as Maxie proposes a toast to her family of heroes. Mac gets a call from Jordan for him to rush to the hospital. Peter looks panicked when Mac announces Andre is back. After everyone else has left, Felicia, who has taken note of Robert’s attitude, warns him away from Peter until he has a real reason to pursue him.

Mac arrives at the hospital. He tells Jordan and Epiphany he checked the cameras that show Andre stumbling from a car into the E.R. He takes Andre’s belongings to look for a clue. 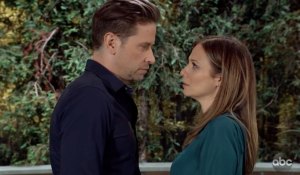 In Oscar’s Meadow, Cam and Trina walk by to see Franco kissing Kim. Trina pulls a stunned Cam away to hide him. She thinks they should listen in so he can learn something. Kim calls Franco Drew as she pulls away. He’s thrilled, but Kim insists he’s not Drew and she can’t do this to Elizabeth. He retorts he’s more Drew Cain than that other guy is and if she wants to start over, she should start over with him. Cam looks pained as “Drew” talks about not wanting to remember Franco’s life. Kim thinks he owes it to Liz and the boys to try, but he says she’s his only family. He will wait for her. Once his ankle monitor is off he’s getting out of dodge and taking her with him. She walks away. Cameron runs up and lashes out at Franco for tearing his mother apart. Franco reminds him the guy his mother loves is gone. He’s there now and he’s not going anywhere. Cam is happy Oscar isn’t there to see this. He’d be disappointed in Drew, who says that doesn’t change anything. 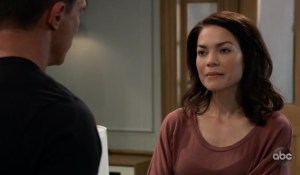 Jason drops by Liz’s house with a back to school gift for Jake, who isn’t there. Liz invites him in and they talk in her kitchen. He’s sorry she got caught in the fallout of Shiloh’s insanity. She knows they’ll make it through and Franco will come back. He suggests she prepare for the possibility of disappointment. She points out her disappointment is his dream come true. They debate the Franco issue, but Liz won’t give up on him without a fight. Jason wonders what the fight will cost her. She agrees there might not be a way for Franco to come back, so there’s nothing to lose by trying. Liz gets a call from Epiphany about Andre. She anxiously asks Jason to go to the hospital so she can wait for Cam to return and watch Aiden. She thinks everything’s going to be okay now. Cam enters the house to Elizabeth who tries to rush out. He stops her because there’s something he needs to tell her.

Jason enters the hospital and asks about Andre, as Peter walks off the elevator. He overhears Jordan tell Jason that Andre is in no state to give them information. However, Mac and Jordan give the go-ahead for Epiphany to inform Jason Andre was stabbed. Meanwhile, Peter sneaks into Andre’s room and glares at him. 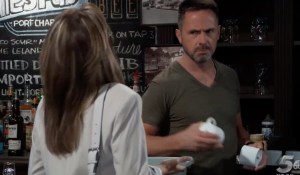 Alexis enters Charlie’s to tell Julian the deal with Olivia is being delayed. Olivia learned it might be better for her to buy the bar under a corporation so she is considering having Michael purchase it through ELQ. When he expresses concern over Kim having to stay there longer with memories of Oscar and running into Franco, Alexis offers to try and fast track it. Lucas later enters and questions why Sam is throwing Julian a party. Julian quips she probably just wants to celebrate his departure. They talk about his leaving as Alexis runs into a distracted Kim outside. Alexis offers to give her free legal advice to help keep Franco away from her. Kim points out Franco isn’t exactly stalking her, but Alexis thinks a restraining order could put things into perspective for him. Kim thinks they’ll be gone soon anyway, but Alexis says they could be staying longer than expected. Back inside, Julian informs Lucas of a trust fund he set up for Wiley. Lucas accepts the gesture but says they don’t need his money, they need him. They hug.

Cam tells Liz what he saw.

Peter wonders what he’s supposed to do. 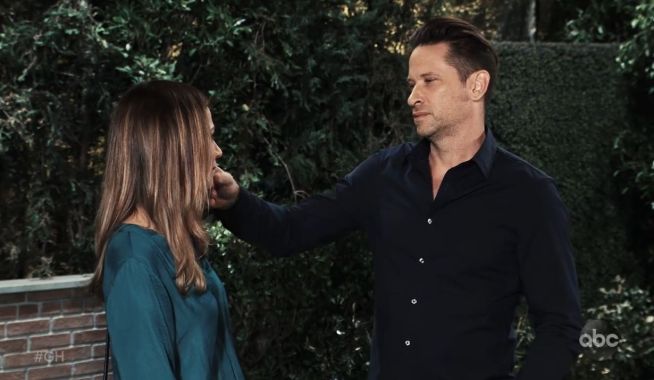 Franco and Kim Bond and Kiss 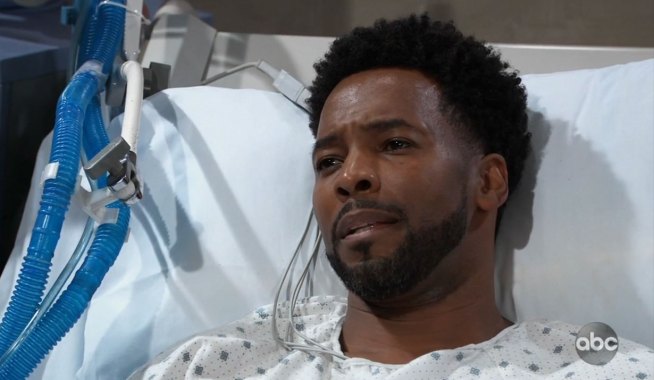