Friday, August 23, 2019: On General Hospital today, Carly and Jax discuss Joss, Joss and Cam consider dropping out of school, and Sasha wonders if her illness is karma. 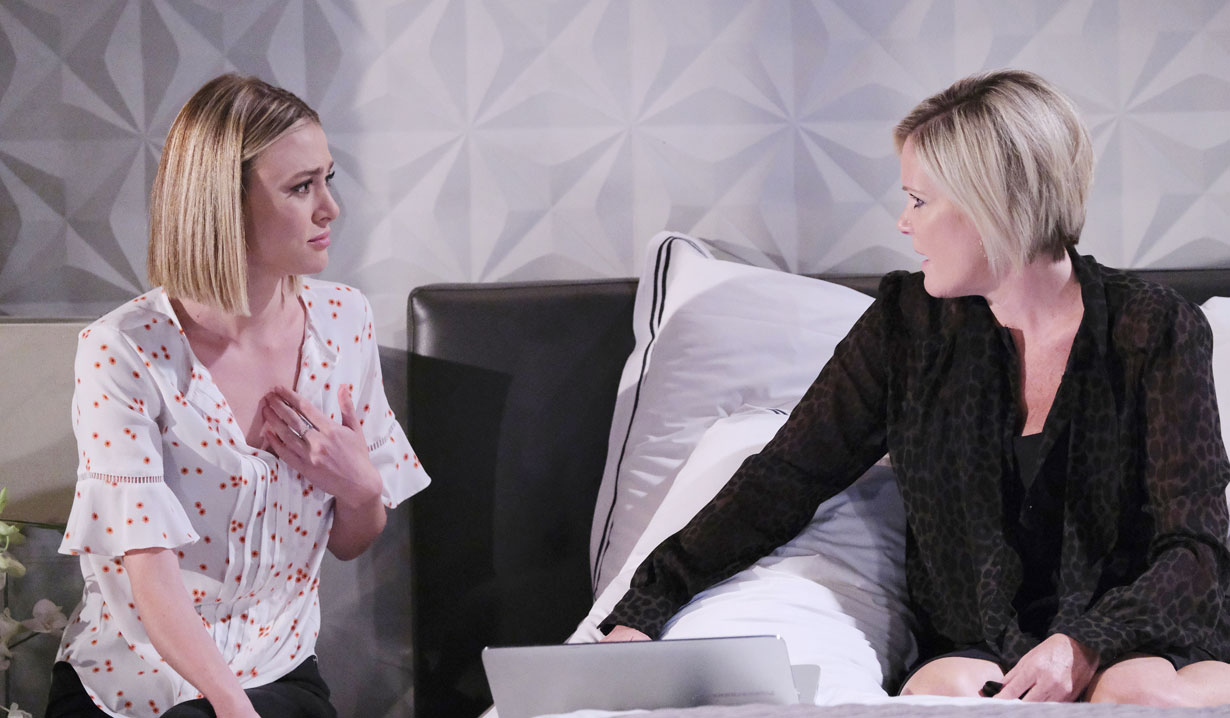 At the Metro Court, Carly surprises Jax in his room with breakfast, and asks what is up with him and Obrecht. 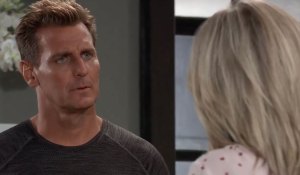 He assures her nothing is going on, so she turns her questions to Hayden. He promises that it’s strictly a business relationship. Jax changes the subject and asks how her pregnancy is going. Carly says it couldn’t be better, but he wonders if she and the baby are in danger like when she carried Joss. Down in the restaurant, Robert finds Peter and wonders why he was visiting Shiloh in Pentonville. Peter claims it was for an interview with The Inquisitor. 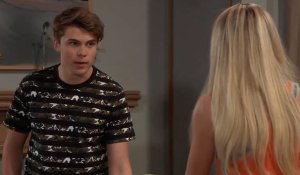 At Liz’s place, Cam talks to Joss about Aiden having trouble accepting what’s happened to Franco. Trina drops by to scold Cam for missing too many soccer practices. Cam wishes he could drop out of school, so Joss suggests he become home schooled with her. Trina tells them both that they are going back to school, because they are going to be juniors and have letter jackets, prom and senior year to look forward. Cam and Trina manage to get Joss somewhat interested in the idea of going back, even without Oscar.

Sam and Jason take Danny to the park for his baseball game. Sam is enjoying the moment, but Jason is waiting for the other shoe to drop. 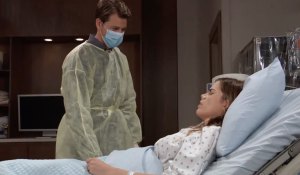 At General Hospital, Michael dons some scrubs and a mask to see Sasha. She remains extremely sick and becomes tired and begins to fall asleep. She wonders if this illness is happening because of karma and what she deserves. Michael thinks they’ve all done things they regret, and this is not her punishment. In the hall, Monica asks Finn where they are with curing Sasha. He has some specialists coming in to consult. She suggests until they arrive, he should get a decent meal and take a walk in the sunshine because he looks like a vampire. 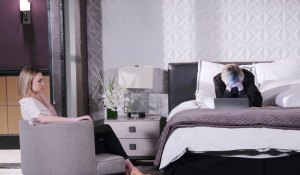 Ava wakes up in her bedroom and finds herself alone. She logs onto her laptop and reads the negative comments on the Crimson article. Kiki appears and asks her mother if she really thought a magazine cover was her shot at redemption. Kiki wonders what her mother truly regrets. Ava regrets that they were mad at one another when she died and that she believed Ryan’s lies. Kiki doubts that and accuses Ava of choosing Ryan, the only man to understand her, over her own daughter. Ava assures her that is not true and needs her help otherwise she’ll never find peace. Kiki tells her, “Because of you, neither will I.” They argue about their relationship, and Kiki says she was the only one who wasn’t afraid to point out her mother’s faults and tell her when she was wrong. Kiki accuses her mother of using her death and making it all about her with the Crimson story, and now the world sees her for who she really is and not the martyr she wants them to see. Ava asks Kiki what she has to do to gain her forgiveness. Kiki can’t help her because she’s dead and vanishes before Ava’s eyes. Ava wakes up from her dream and cries that Kiki got her wish and she’s alone. 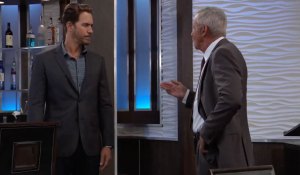 Finn walks into the Metro Court restaurant while on the phone with Anna. He sees Peter and Robert talking and interrupts to tell them Anna sends their love. He doesn’t know when she’ll be home, but she is helping Drew locate Andre and return him to Port Charles to help Franco. When he gets a text about Sasha he takes off. Later, Peter makes a call to someone and tells them to make sure Drew does not find Andre Maddox. In Jax’s room, Carly tells Jax that she is fine, and if anything comes up with the baby then they’ll cross that bridge when they get to it. Talk turns to Joss, who was trying to convince her to home school her. Carly is insistent that Joss stay in school, because she has to learn to move on and allow herself to be happy without Oscar. 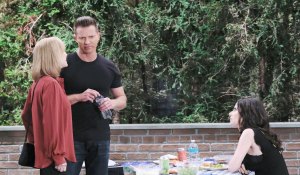 Monica stops by the park to watch Danny play, and quickly connects with Jason and Sam before heading home. Sam reveals to Jason that she just got an email from Drew, who is on his way to get Andre to help Franco before going to Afghanistan. Jason says Franco told him that he doesn’t want to go back to his old life and believes he’s Drew. He admits if his family tried to force him into a procedure to go back to being Jason Quartermaine, then he would have fought them.

Finn returns to General Hospital and is given some test results from Epiphany. He doesn’t understand how this is even possible.

Epiphany asks Finn if it can be treated.

Nina visits Sasha. Sasha tells Nina that she’s so grateful for her.

Jax tells Hayden that “she” can be a helpful ally.

Willow asks Chase, “What if this ruins everything.”

Sonny and Carly renew their vows.

Do you remember on August 23, 2012 on General Hospital, Liz prepared a romantic dinner for Ewan, who was in cahoots with Jerry, while Tracy was charmed by Joe Jr.

Peter Professes His Love to Maxie,...