Peter Professes His Love to Maxie, Agrees to Help Shiloh 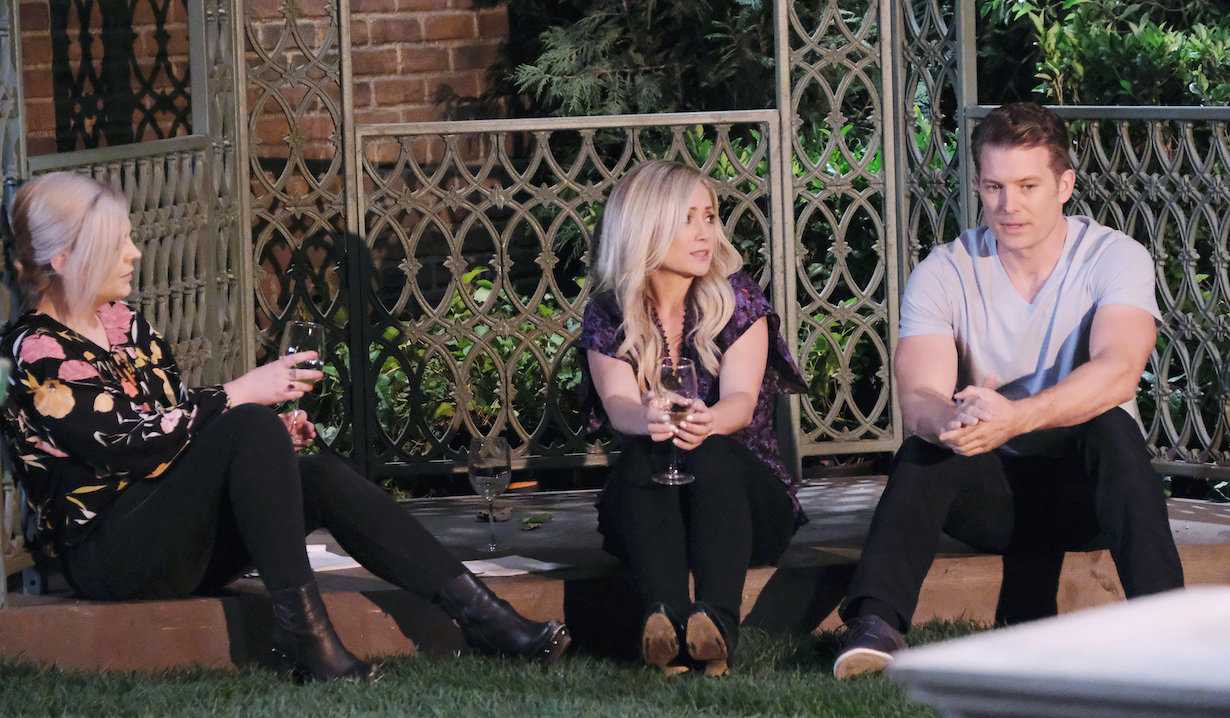 Kim joins Julian, Willow, and Lucas at Charlie’s who are discussing Julian’s move. Julian says they may already have a 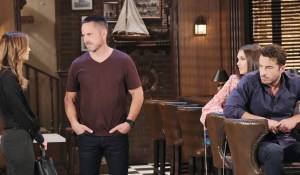 buyer for the bar. Kim thinks there’s nothing is keeping them there then. When she’s eager to move, he asks what the rush is, wondering what she’s afraid of. Meanwhile, Lucas shows Willow pictures of Wiley and says someday he’ll know who his mother is.

Curtis approaches Finn at General Hospital to ask about Anna. He’s hoping she knows how to get in touch with Andre.

When Cameron brings Aiden home, the youngster asks where Franco is. Elizabeth gently explains that Aunt Hayden is staying with them while Franco gets better. He wonders who will help him with his seven-layer cake and make them all feel safe. Cam offers to help and Hayden asks for baking lessons. Elizabeth says that they will all pitch in and do it together. Hayden says that’s what families are for. Curtis drops by as Hayden leaves to run errands and Cam takes Aiden upstairs. Curtis tells her Drew went to Afghanistan so Franco could stay in Port Charles. He adds that he has a location on Dr. Maddox who is in Ethiopia. Curtis talks on the phone with Drew, who plans to find Dr. Maddox and put him on the first flight to Port Charles. Elizabeth hopes with Andre’s help Franco will come back to her.

Hayden runs into Finn at the hospital. After catching up about Sasha and Nina, as well Elizabeth, Finn says he’s glad she came home. As he walks away, she says to herself, “I hope you mean that.” She later gets a call and asks to talk to “her.” She says mommy’s so happy to hear her voice.

Lulu and Maxie drink wine at the tasting in a park. Dustin joins them but doesn’t drink as he is their driver. 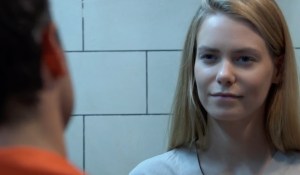 While cleaning at Pentonville, Nelle secretly listens in as Shiloh warns Peter he will tell everyone he called the shots with Jason and Drew. Peter wonders how he can be sure Shiloh will keep quiet if he gets him out of there. Shiloh responds that he can’t, but what other choice does he have? If Peter sets him free, Shiloh will do the same for him. Peter hangs up and steps out to call Maxie. He asks her to meet him at the Metro Court. Meanwhile, a guard rushes in. They’re on lockdown so he secures Shiloh and Nelle in the visitors’ area. Alone, Nelle explains Harmony is her cellmate and she knows all about the baby he’s trying to steal. Shiloh responds that the baby is his and he has faith he will beat his charges. He tells her about the ELQ shares Oscars left him. As the guard comes back for her, she says the Quartermaines owe her too, so… to be continued.

After Maxie has left the park, Lulu informs Dustin she is officially divorced. After they talk about his job, he offers to listen to her problems, but she’s ready to call it a night. Dustin says he’s driving. 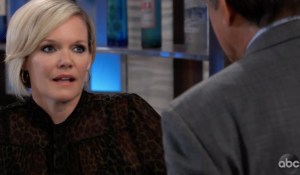 Kevin finds Ava at the Metro Court restaurant. She confides in him her dreams about Kiki. She asks what he thinks Kiki is trying to tell her. Kevin thinks maybe it’s not about what Kiki is trying to tell her, but what Ava is trying to tell herself. She thinks her message to herself is that she didn’t deserve Kiki. Franco walks by and recognizes Kevin as the doctor who helped him. Kevin gives him his phone number if he needs him in the future and walks away. Franco sits down with Ava and asks her to tell him about Franco. He assumes she hated him too, but she corrects him – they were kindred spirits. He asks if she has Kim’s number. At the bar, Peter tells Maxie he just left Pentonville. As he tries to explain everything, Maxie interrupts to say she only cares about the man he is now – the man that she loves. He loves her too. She makes him think anything is possible. They kiss and when she asks, Peter says Shiloh just wanted to pitch him a story for The Invader. After Peter gets called away, Lulu storms in to confront Maxie about calling Dustin, but admits she didn’t have a terrible time. Maxie shares that she and Peter expressed their love.

Peter returns to Pentonville and agrees to help Shiloh.

Sasha thinks she’s getting the punishment she deserves.

Ava yells for someone to tell her what to do. 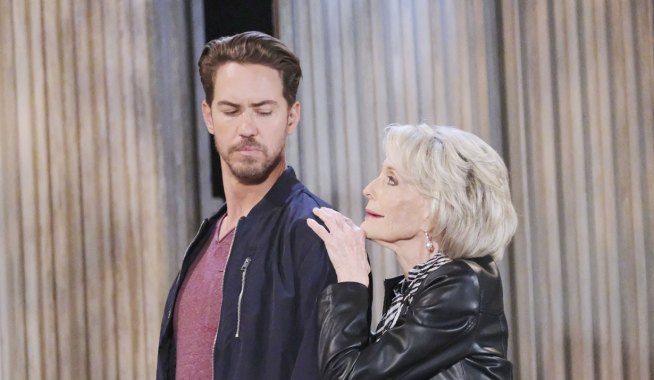 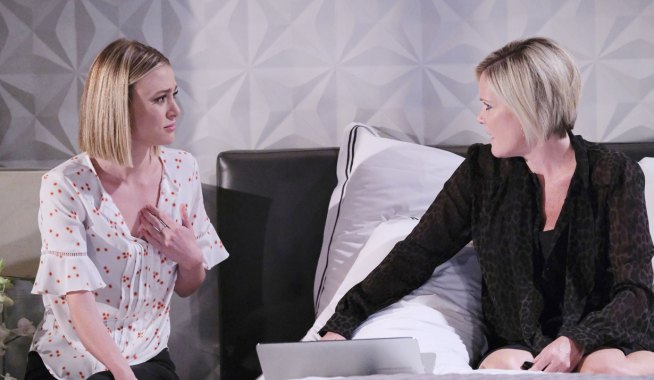