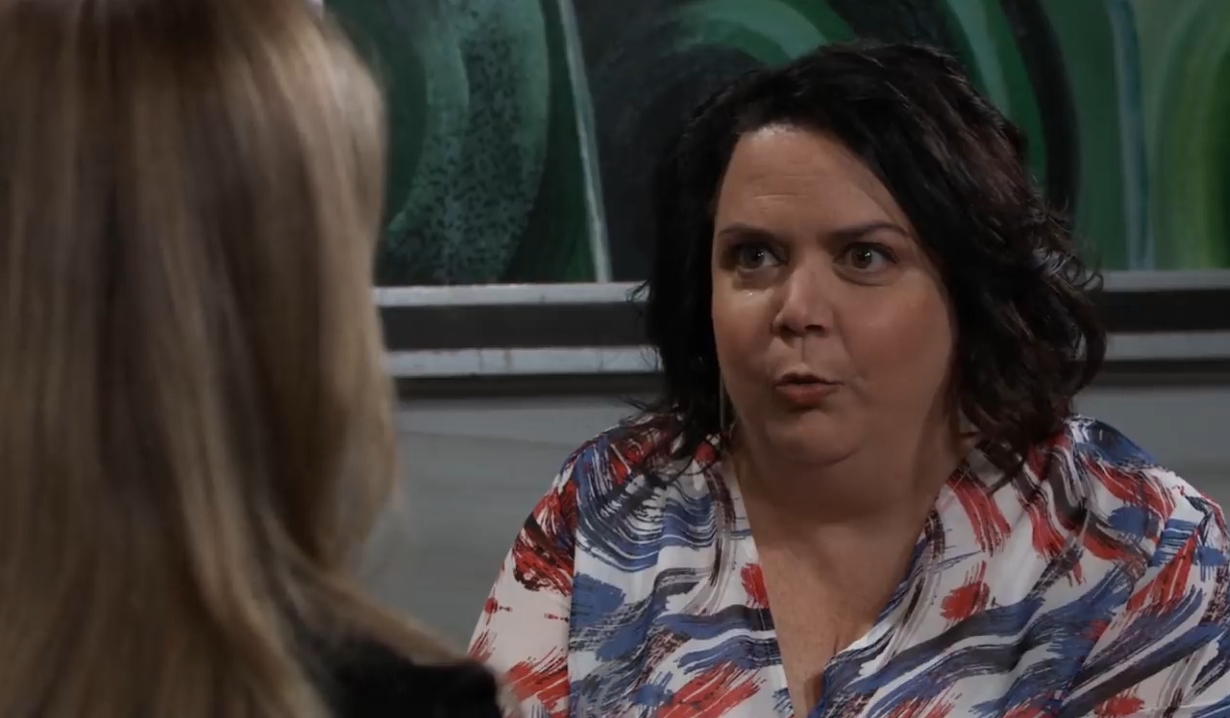 Michael sits by Sasha’s bedside at General Hospital. She thinks he should be at his grandfather’s wedding rather than sitting there. He feels bad for leaving her. They joke and she coughs. Finn knocks on the door and Michael goes out to the corridor to see him. Michael explains that there has been no viral outbreak in Puerto Rico, but they did have breakfast with a mysterious woman named Sandy. 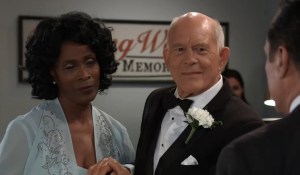 At Turning Woods, Mike tells Sonny and Carly he’s eager to get the wedding started. The bridal march begins and Yvonne walks in. Sonny officiates and talks about how marriage is important because of family, not law. It means unconditional love and support. Family always have each other’s backs. Michael joins them in time for Mike to make his vows. He promises to do his best to make Yvonne happy and to cherish her. After the ceremony concludes with their kiss, Sonny tells Carly that for a moment, he thought his father recognized him. Sonny tells Carly they should renew their vows.

More: Trailer for Dominic Zamprogna’s To the Moon and Back

At the Metro Court, Laura meets with Chelsea to contact her late brother. When Laura asks to speak to her brother Jonathan, Chelsea searches but can’t find him. She says it’s like he doesn’t exist. But she does have a message from her sister wishing her well. Suddenly, she gets a message from her son claiming he’s in danger. Chelsea won’t explain until she gets paid. Laura has to think about that and slips away to call Lucky. He’s fine. She returns to Chelsea and tells her that her son is fine and accuses her of violating the law against fortune-telling. Chelsea insists she’s not a fortune teller. Besides, it’s not her son in Africa but the other one she needs to worry about. 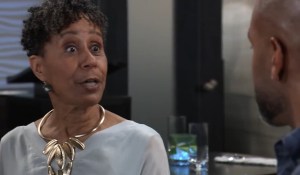 At another table, Jordan tries to calm Curtis’ worries. Shiloh is going away for good. He doesn’t think things are so good for Liz and Franco. Stella joins them and explains that their relative got in touch and is in London right now. She offered to fly her out there and Stella is excited to go. She’s going to use up her vacation time and travel around Europe. This sounds fishy to Curtis and he wants to do a background check on their relative. Stella tells him to hurry because she’s leaving tonight. Curtis makes some calls and everything checks out. He admits to Jordan that he’s going to miss his aunt and is proud of how they have grown as a family. Stella tells him she needs to live her life while she still can. 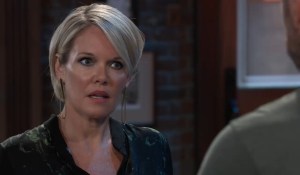 Ava walks into Charlie’s and asks Julian why there’s a for sale sign outside. He informs her he’s moving away with Kim so they can have a fresh start. She tells him it’s too bad because she still needs him. All the trolling she’s getting on the internet is taking a toll on her. Ava says that grief follows you regardless of where you go. Chelsea arrives, much to Julian’s chagrin. Ava tells the psychic that her brother is leaving, but Chelsea says he’s not going anywhere. 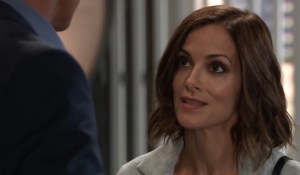 Jax strolls into Crimson and Nina tells him she’ll be working remotely for a while since her doctor is in the hospital. As she starts crying, he comforts her and Hayden interrupts. After Nina takes off, Hayden says they need to use Nina’s trust in him to their advantage. She’s eager to get into Helena’s trophy room but Jax doesn’t want to take advantage of this situation. After he leaves, she calls to arrange a secret trip to Spoon Island.

Back at General Hospital, Kevin explains to Drew that Franco believes he is Drew and it’s 2012. 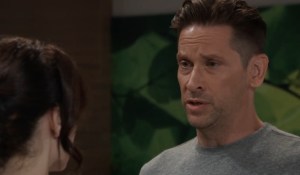 In his room, Franco tells Liz that he needs to speak to his superior officer immediately. She tells him he’s Franco and she’s his wife. He’s never seen her before and asks her to stop calling him Franco. Drew and Kevin hear them arguing and burst in. Kevin has Franco sedated. The shrink and everyone else clears out. He’s going to order an MRI but thinks they need to confront Franco with the facts. They all return to Franco’s room as he wakes up and tell him that he’s not Drew and this isn’t Afghanistan. Kevin has to leave to take a call. Franco continues to doubt their story. They hand him a mirror so he can see his face. Down the hall, Nina joins Finn and Sasha in the isolation ward. He leaves them alone to talk. Nina wants to take her home, but Sasha insists on staying. After Nina leaves, Michael returns and tells her how much he belongs with her. Out in the hall, Jax brings Nina some coffee while Laura meets Kevin and tells him about her strange meeting with Chelsea.

Sam and Jason take a break.

Julian and Lucas have a difficult talk. 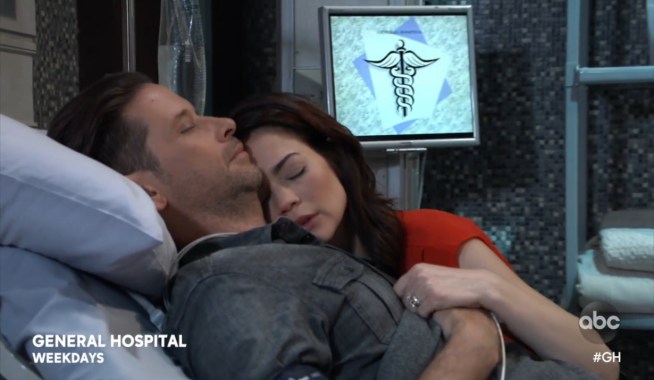 Franco Wakes Up and Stuns Liz With Drew's Memories 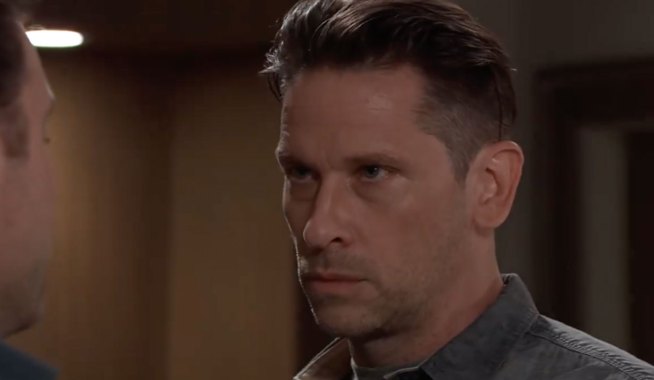