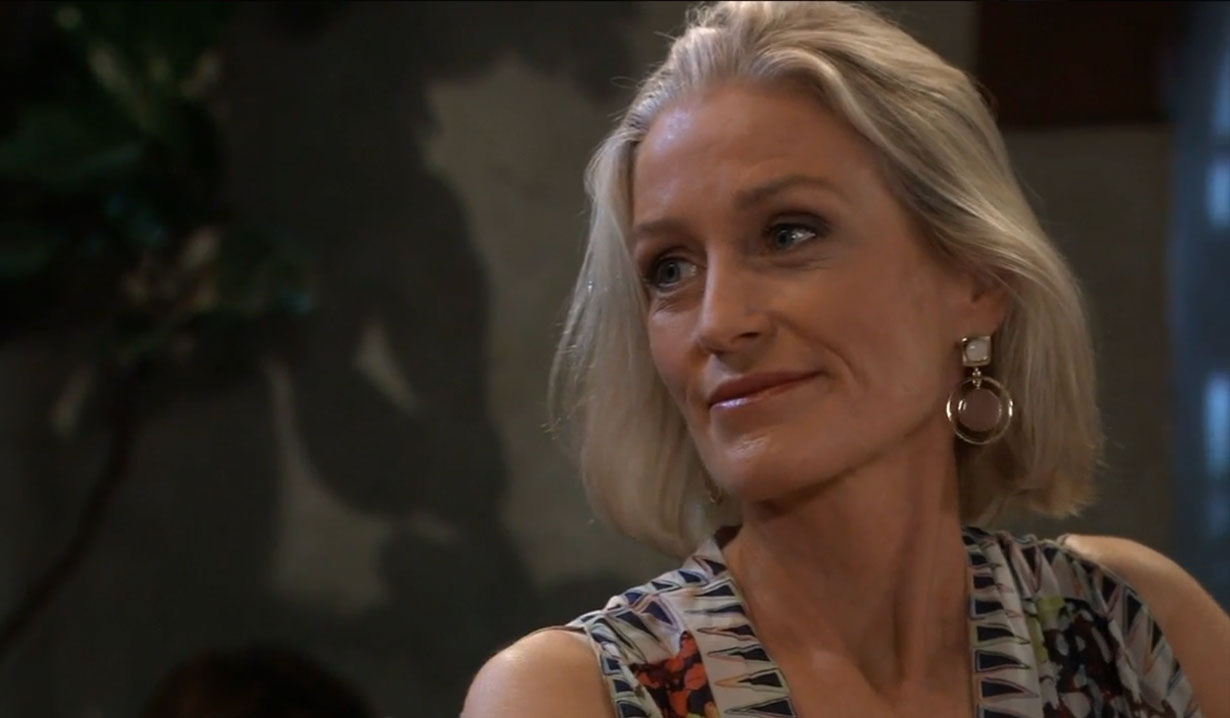 Michael and Sasha are down in Puerto Rico enjoying time together. 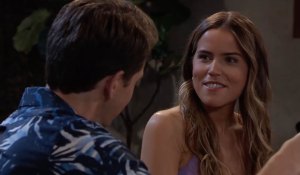 Michael excuses himself to find out when the moon is set to rise so they can watch it. A woman in a large hat sits at the bar next to Sasha and sees she’s reading Crimson. The woman claims she’s a big fan of the magazine and the editor in chief. Sasha reveals Nina is her mother and tells her the whole complicated history. The woman introduces herself as Sandy Lance, but it’s actually Cassandra Pierce, (played by Jessica Tuck). Michael returns and Sasha introduces him to Sandy. Sandy wonders if Michael is related to Sonny. Michael reveals Sonny is his father and asks if they have met. Sandy doesn’t believe so, but his family name is well known. Michael suddenly realizes how he knows Sandy.

Valentin and Nina wait for Jax and Hayden’s arrival at Wyndemere. Valentin reveals he has a vial of truth serum to get Jax to open up about what they want to know, but Nina refuses to drug her boss. Finn arrives at their door unexpectedly, and he tells them he has news they’ll want to hear.

Jax picks Hayden up at the Metro Court hotel and reminds her this is a business relationship and when they get what they want, they will part ways. They go over the plan. Once there Hayden will excuse herself to use the bathroom and then looks around for it. She worries Valentin may have already found it, but Jax doubts he knows it exists. 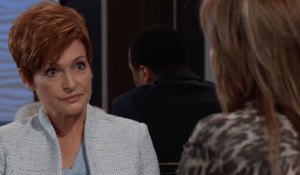 In the restaurant, Diane and Alexis talk at a table, and Diane can’t understand how Alexis is able to resist her sexy shrink. Diane thinks she should find a new doctor so she can date Neil. Alexis insists she needs a shrink more than a man and isn’t sure if she wants a man anymore. Diane laughs but then asks if it’s been that long since she’s gotten some that she’s ready to give up on love. Alexis refuses to discuss her sex life and says goodbye to Diane. At a nearby table, Sonny meets with Neil. Sonny thanks him for helping Kristina and tells him he owes Neil a favor in the future. Sonny thinks what happened to Kristina must have brought up what happened with his own daughter Joanna, who was also involved in a cult. Neil is annoyed that Sonny’s dug into his past because that was not public knowledge. Sonny explains he had to do his homework on Neil if he was to help Kristina. Neil asks Sonny to keep that to himself, and Sonny wants him to keep Kristina’s cult involvement to himself as well. Neil departs and runs into Alexis at the elevator. They share it, only to get stranded when there is a power failure. 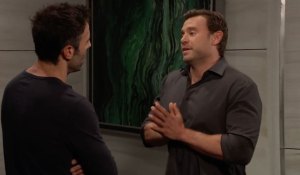 Elsewhere, Drew runs into Shiloh. Shiloh wants to fix their friendship and says they were once close. Drew warns him that he knows about Tex, who died in the IED explosion, and he’s going to get his service records to figure out what really happened between all of them in Afghanistan. Down in Aurora, Curtis discovers the break-in as Jason and Sam arrive. They ponder why someone would rob Drew. Drew walks in, learns of the break-in, and realizes the flash drive is gone. They all suspect Shiloh, and that there is a memory on that drive he thinks can somehow help him. Back in the hotel, Shiloh meets with Dr. Arthur Cabot, (played by Time Winters), in his room. Cabot is eager to complete his life’s work and asks Shiloh if he has a subject in mind. Shiloh has two and asks Cabot to place Drew’s memories not back into Drew, but in his twin Jason.

More: Find out what Amara confesses on the latest episode of Ambitions 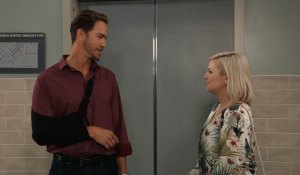 Maxie accompanies Peter to General Hospital for a check-up of his gunshot wound. The doctor is running late, so they chat. Maxie brings up how Crimson has changed a little with Jax in charge, and Nina is paranoid he has a hidden agenda. Peter wonders what if he does, which gets Maxie thinking. 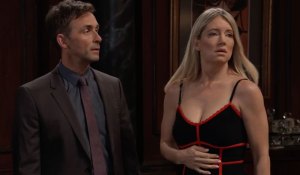 Back on Spoon Island, Finn reveals to Nina and Valentin that Cassandra has resurfaced in Italy not long ago and has gone underground and into hiding. They thank him and see him out, only to run into Hayden and Jax at the door. Finn rushes out, and Valentin and Nina welcome Jax and Hayden. Nina offers them a drink, which Valentin insists on making. He brings the Martinis over when suddenly the doorbell rings. Nina, Jax and Hayden grab some drinks as Valentin returns with a soaking wet Finn, who was unable to get back to the mainland due to a brewing storm. Hayden excuses herself to use the restroom and takes off. Valentin grabs Nina and suggests she pace herself because one of the drinks has the truth serum. Meanwhile, Hayden makes her way to where Valentin’s office likely is, only to be startled by someone.

In the elevator, Neil panics because there is someplace that he needs to be.

Nina tells Valentin that something about him doesn’t add up.

Hayden is relieved to see who scared her.

Cassandra makes a call to someone.

At the Metro Court, the power is out and Carly makes a call about a big problem.

Drew's Flashdrive is Stolen on...

Hayden Confesses to Finn She Can’t...