Tuesday July 30, 2019: On General Hospital today, Ava visits Ryan with a request, Liesl settles into Wyndemere, and Jordan has more information for Stella. 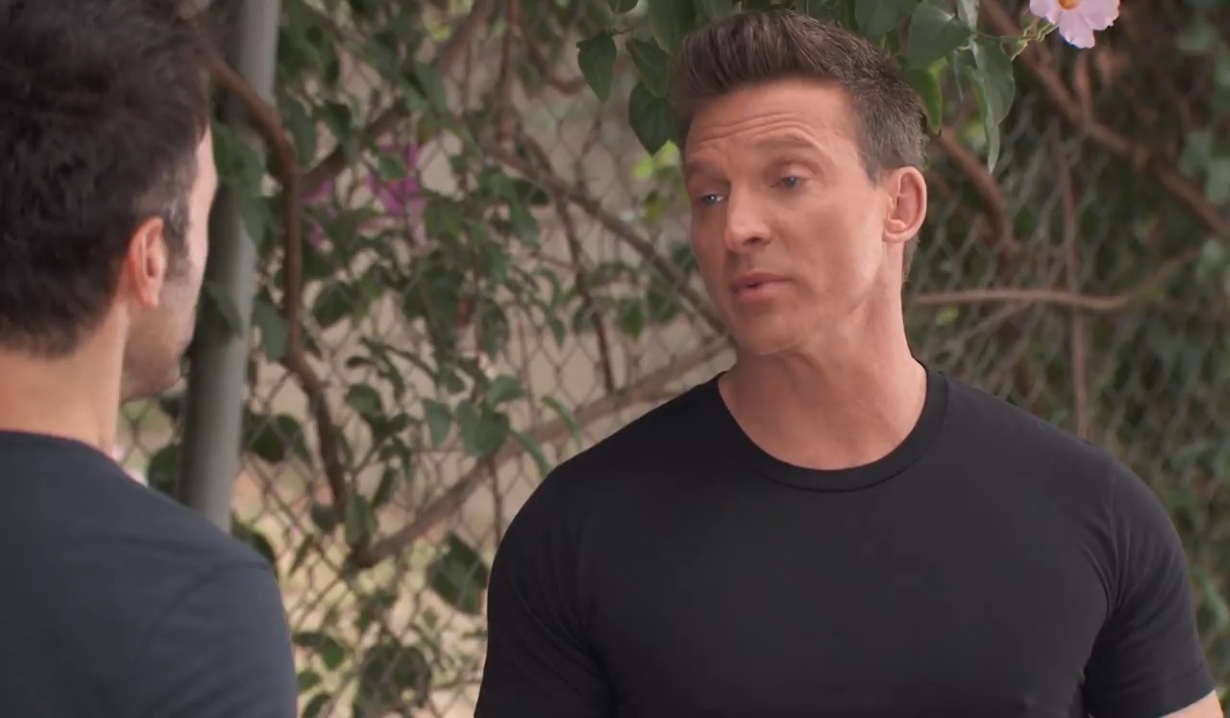 Sam, Jason, and Danny go to the park. The parents discuss motorcycles while the kid kicks a ball around. He runs into Shiloh. Jason immediately runs over, sends Danny to Sam, and warns Shiloh to stay away from his family. Shiloh promises to tell his lawyer about his threats and walks away. Sam tells her son that Shiloh is a bad man and Jason assures his son that he can’t hurt him. Danny goes off to kick his ball again and his parents wonder how to deal with Shiloh. Jason worries what Shiloh’s next trick will be. 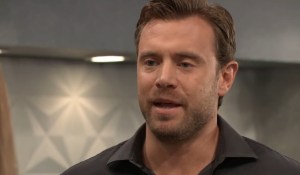 In his office, Drew shows Kim his medals, explaining that Oscar had them replaced for him. He wishes his son had been around to see them. Kim is sure his son didn’t need medals to know he was a good man. She looks at the citations to see what he did to earn them. They discuss his relationship with Shiloh. She discovers that Drew also rescued a Navy Seal and suggests he contact him for more information. 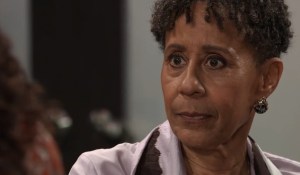 Curtis joins his wife and aunt at the Metro Court. Stella is impressed by his new security job. Jordan changes the topic to Marcus and Stella says it’s nice that they are friends but he’s still in love with his wife. Stella gets annoyed as Jordan tells her about sending the DNA results to someone in forensics. She’s learned that her relative is much genetically closer than originally thought. Curtis assures his aunt that she can tell him if there was a child she couldn’t keep. Stella yells that she doesn’t have a love child roaming around. Drew and Kim approach and inform Curtis he can get to work whenever he’s ready. After Kim and Drew walk off, Curtis and Jordan admire how tough they are. He tells his wife to stop trying to solve Stella’s mystery. After he takes off, she receives a text from forensics and tells Stella about it and that her relative lives near Port Charles.

When Curtis checks Drew’s office, he discovers that someone broke in and robbed the safe.

Shiloh wanders a lot, waiting to meet someone. They arrive and hand him the flashdrive.

Peter drops by Lulu’s to look for his wallet. He notices she’s been drinking alone. Lulu claims she’s throwing herself back into life. She goes on about how remarkable she is, even if Dante has abandoned her. He says Dante is an idiot. That riles her up and she defends Dante’s choice to leave. She insists that whatever bad there was in the relationship, was insignificant. Lulu realizes that he sounds just like her, passing out advice when he has no idea what he’s talking about. 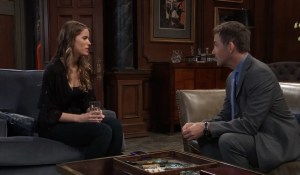 Liesl is annoyed as Valentin brings her into Wyndemere. He says she may be staying there forever. Nina joins them and thanks her aunt for giving her peace of mind. Sasha enters and announces that she is moving out to get her own apartment. Nina is thrilled to hear she is staying in town. Liesl isn’t happy. Nina pulls Valentin and her aunt into a hug. When they are left alone, Sasha and Valentin talk about her staying and how good it is for Nina. He assures her that he’s glad she’s developing a life here. Liesl is their problem and he has a few ideas about handling her. Obrecht eavesdrops on this. She and Nina return and the new sales numbers for Crimson come in. Nina wants to celebrate. Liesl is shocked to hear Hayden is coming tonight. After some banter, Nina looks forward to marrying Valentin and focusing on their happiness. When left alone with Valentin, Obrecht accuses him of trying to kill her. He insists it wasn’t him. 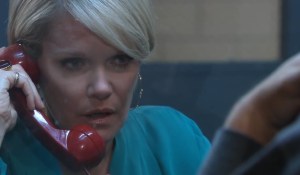 Ryan is surprised when Ava drops by the prison for a visit. He’s been missing her. They talk about her article and his fashion sense. He asks if she had a hand in stealing his kidney. She starts ranting about the cops being self-righteous hypocrites. That puts a smile on his face. He’s sure she can’t really hate him. She explains that she’s been trying to reach Kiki and wants his help putting her soul to rest. Her psychic thinks that if he lets go of her and apologizes to Kiki, she can rest. He tells her not to be taken in by a con artist and Kiki never had a soul. Before he can walk away, she insists her daughter had a soul that survived him, but he doesn’t have a soul and is nothing. He likes her passion; that’s what made him love her. She begs him to let her go so her daughter can rest. Ryan doesn’t regret killing her and says everything she did was consensual. If her psychic is right, then they are bound together eternally.

Jax tries to keep his goal in sight.