Nelle’s Shocked to Learn Shiloh Is After Her Son Wiley

Friday July 26, 2019: On General Hospital today, Franco gets a message from a new psychic, Michael visits Nelle in prison, and Obrecht learns she's moving into Wyndemere. 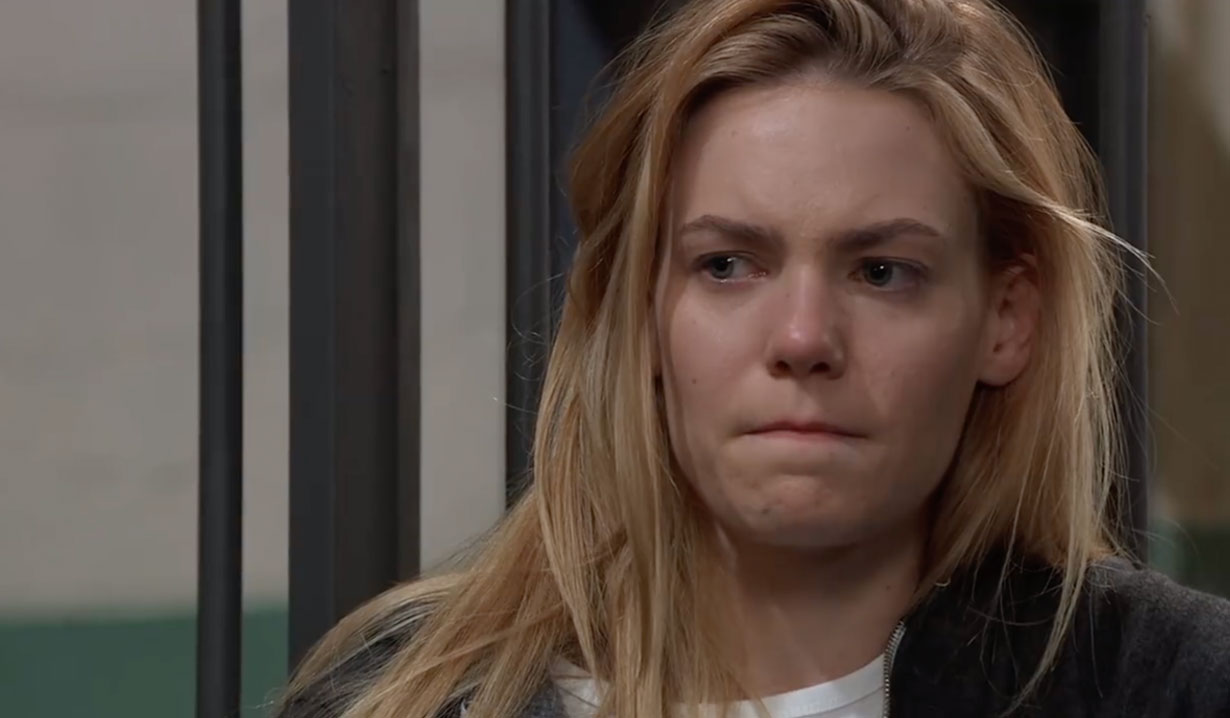 Valentin stops by the Crimson office where Nina tells him about inviting Hayden and Jax to dinner. She hopes to get some insight as to why Jax has a file on Cassandra. Suddenly, Ava storms in threatening to sue Nina for the slanderous story she ran on her. Nina reminds her every quote came out of her mouth. Valentin eventually departs, and Nina suggests Ava look at the responses to this issue, which got a record-breaking two million comments. Up in the Metro Court restaurant, Hayden finds Jax at a table and says she’s impressed that he scored them an invite to Wyndemere. Jax thinks it will make searching for what they need easier. 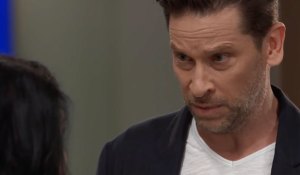 At General Hospital, Liz and Franco check up on Obrecht, who is being discharged. Chase stops by to show Obrecht the photo of the male figure from Franco and Liz’s wedding photos, but she doesn’t recognize anything helpful. Franco excuses himself and in the hall runs into Chelsea, (played by Jen Ray), who gives him a message from Kiki congratulating him on finding happiness. He realizes she’s a psychic and recalls Sibley’s message to him that soon he may not feel himself. He wonders what that means. She doesn’t know, she can only relay the messages she gets. Chelsea spaces out, hears a car racing, and then warns Franco not to take that drive. 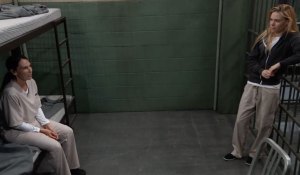 Nelle calls Michael from Pentonville on the anniversary of Jonah’s death, and asks him to come visit her to honor Jonah. He agrees. Nelle returns to her cell with Harmony and tells her that Michael is coming to see her because it’s the anniversary of their child’s birth. Harmony says her grandson was born today too, and she wishes his father didn’t know about him. Harmony details her and Willow’s history with Shiloh, who now is trying to get his hands on his son Wiley. Nelle is stunned and thinks there is no way Shiloh can get the child seeing what he’s done. Harmony knows never to underestimate him, and hopes if it looks like Shiloh could get his hands on Wiley that Brad and Lucas run with the boy.

At the Corinthos house, Carly is shocked that Michael is going to see Nelle and she’s worried. He insists it is only to feel close to Jonah. 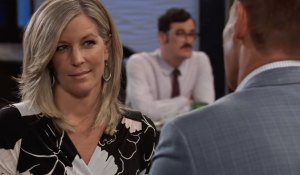 Carly returns to the Metro Court and runs into Jax. They chit chat about Michael and Nelle, and Jax feels awful he brought Nelle into their lives. Carly changes the topic to the Ava interview, and she loves seeing the world seeing Ava for who she really is. Back in the Crimson office, Ava reads the online comments, many of which are positive towards her, though she finally scrolls upon a negative one accusing Ava of glamorizing her daughter’s murder. Ava lashes out at Nina for exploiting her and says she may be on top of the world right now, but suggests she not look down because it’s a long way to fall. Ava goes up to the restaurant and finds Jax and Carly celebrating her issue. Carly ends up excusing herself, and Ava asks Jax if his revenge against her is complete. Later, Ava meets with Chelsea, who tells her that Kiki is angry with her and wants her mother to leave her alone. However, she did have a message for Franco from Kiki, who she is glad is finally happy. Ava wonders now that the world knows her sins because of the article, will she be able to finally make peace with Kiki. Carly goes to see Nina and congratulate her on the issue. Nina thanks her and asks about Jax. She wonders if Jax is too good to be true and is out to see her fail. Carly assures Nina that Jax is a good guy, and if you play fair with Jax then he’ll be fair to you. 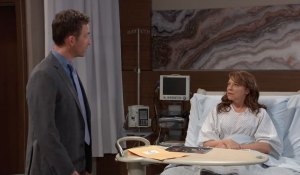 Back at General Hospital, Chelsea tells Franco she doesn’t know what the message means, she only passes on what she’s told. In Obrecht’s room, Chase leaves the doctor with a copy of the photos to study and runs into Hayden in the hall. Chase asks if they can have a do-over seeing how they met, and she is game. Chase heads back to the station, and Liz chats with Hayden and offers to have her stay with her and Franco until she finds a house. Hayden hopes it doesn’t come to that and takes off to house hunt. A frazzle Franco finds Liz and tells her about the latest psychic message he received. Valentin stops in to see Obrecht, and she wonders why he is there. Nina asked him to see her home to Wyndemere, and he suggests they learn to get along.

Back in Pentonville, Nelle is taken to a room to see Michael. Nelle admits she asked him here for another reason, but now they need to talk about their son.

Franco tells Drew whatever he did was impressive.

Ava asks Chelsea why she isn’t trying to reach Kiki.

Willow tells Julian she’d like him to be able to participate in Wiley’s life.

Shiloh is advised by his lawyer to take the plea bargain or spend his life behind bars.

Nelle tells Michael she knows something he doesn’t about their son.

Willow and Chase Profess Their Love...