Willow and Chase Profess Their Love For One Another

Thursday July 25, 2019: On General Hospital today, Robert tells Finn he's out of WSB, Carly and Sonny head to the doctor, and Joss is happy when Cam finds the lock. (This episode aired in Canada Wednesday July 24 but since the show was pre-empted, it will air Thursday everywhere else.) 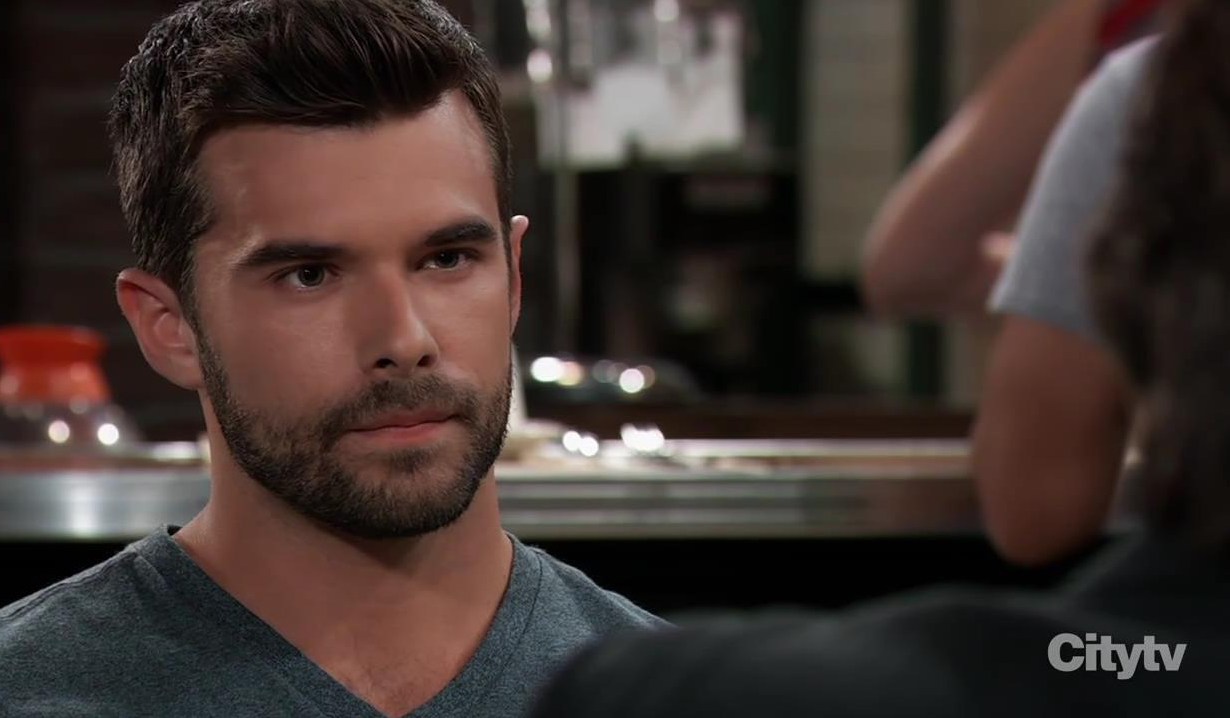 Robert runs into Sonny outside Kelly’s and taunts him about being DA. Sonny brings up Dante shooting Peter. Robert hated how this went down. Peter never should have been in that facility. Sonny notes that Robert was going to bring him home but he’s not even going to treatment. Robert says Dante acted on his own – he knew the risks.

At home, Carly ends a call when Jason gets there. 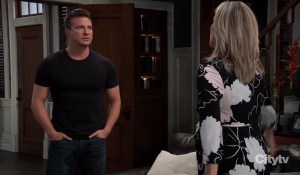 She complains that Jax is staying at Metro Court and hasn’t found a house. She has to keep moving bookings around. Jason wants to talk about Dev. Carly doesn’t have much to say and he can tell she’s keeping something from him about the baby. She confides that the baby has Spina Bifida. They’ll find out how serious it is today and she’s terrified. He gives her his support and she asks him to keep an eye out for Dev. Cam finds Dev outside. Joss isn’t around and notices he has the keys to Sonny’s speed boat. Dev admits he took it out this morning. Joss and Trina appear from a run. 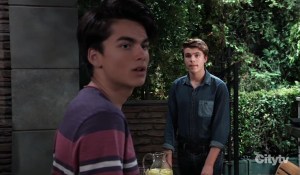 Joss needed the endorphins after finding the padlock missing from Oscar’s school locker on the footbridge. Cam flashes to cutting it off while Joss mopes. Cam finally admits he did it. His supervisor told him to cut them all off during community service. If he had known, he’d have saved it for her. The guys head out to find it.

At Kelly’s, Chase didn’t know Fin was engaged to Hayden and bitches that he didn’t like being surprised by the news when Hayden told him. He thought they were going to have a relationship but Finn’s not as forthcoming as Chase has been. Finn reveals some information on his relationship with Hayden, stating she was the first to know he was an addict. She was there for him and he loved her. He flashes to telling her he wanted to be a family with her and tells Chase she was pregnant. Later, Chase goes and Robert appears to discuss Cassandra Pierce and to tell Finn he’s out. 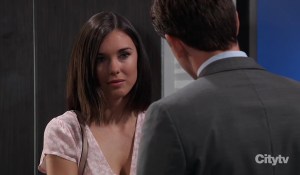 for a new job. Michael thinks his mother could hire her at Metro Court but Willow passes on charity. She tells Michael it’s Wiley’s birthday today and asks how he’s dealing. They part ways and Chase arrives. He sees Willow and fills her in on his earlier conversation with Finn. They discuss kids – both want them someday. Willow asks why he’s bringing this up and he professes his love for her. Willow’s shocked. She loves him too. They make out.

At Crimson, Nina thinks she’s earned the right to her budget. Jax laughs – she’s been right about a lot of things. Nina tries to rope Curtis into siding with her. Nina makes a few suggestions on who to next interview including Cassandra Pierce. Jax is curious about her. 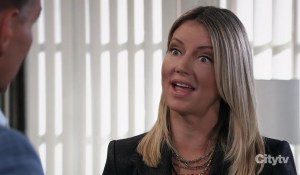 Nina thinks he knows about her already, especially regarding her complicated past with her husband. She asks him to trust her instincts and in return, they agree to dinner at her place. He goes and Nina does the happy dance while Curtis wonders “what the hell are you thinking.” She’s manipulating him. Outside, Jax calls someone to boast that they can search Wyndemere tonight.

At General Hospital, Sonny and Carly glumly await the doctor. She arrives and Carly asks if she’s a candidate for in utero surgical options. The doctor advises she’s not because of her past hypertension. Carly looks stricken as they do the ultrasound.

Outside in an alley, Dev helps Cam into a dumpster where the locks were thrown. A guard comes upon them and Cam hides while Dev covers, saying he’s doing a report for school on waste management. While they chat, Cam searches the garbage.

Michael finds Jason at Carly’s and they agree to build a Corinthos treehouse and Michael gets a collect call from Nelle. He refuses and tells Jason today’s the anniversary of Jonah’s death and Nelle is probably trying to use it to manipulate him. Outside, Dev and Cam return and admit they went looking for the lock – they found it. Joss hugs him, happily.

Nina’s got some terrible news…

Throwback Thursday! On July 25, 2008, on General Hospital, Carly turned to Spinelli for help in framing Ric while Lulu and Johnny went on the run together in New York.

Nelle's Shocked to Learn Shiloh Is...