Lulu Receives Divorce Papers from Dante And Worries About The Kids

Monday July 22, 2019: On General Hospital today, Shiloh remembers his past with Drew, Neil encourages Alexis to date, and Nina argues with Jax about Ava and Valentin. 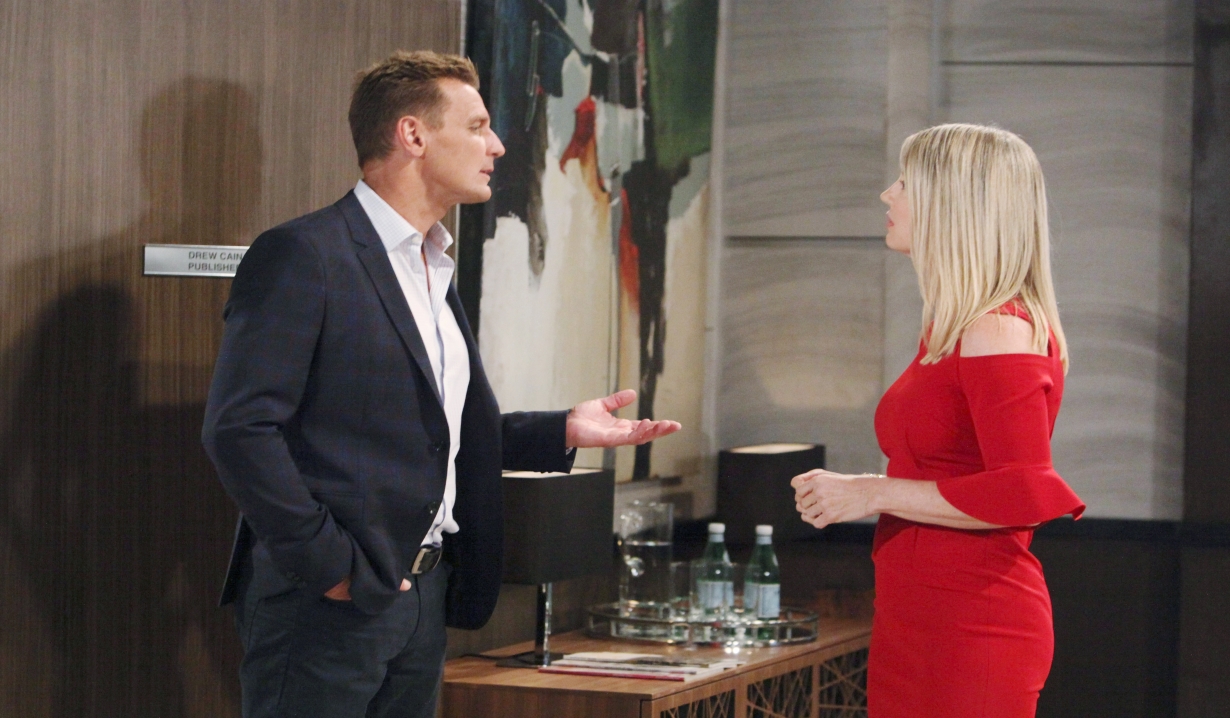 Curtis is about to leave his apartment when Jordan tells him to pick up cereal and then come back to dust and make out. 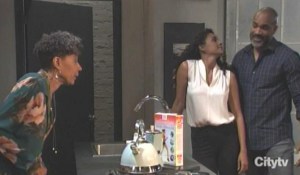 As they are kissing in the doorway, Stella interrupts with some healthy food. He jogs off and Jordan asks Stella about her mysterious new relation. Jordan would like to help her find them. Stella insists that she has no interest, but Jordan doubts it. After some badgering, Stella admits that she already paid to make contact, but the other party wasn’t interested. Jordan offers to make some inquiries.

Olivia storms into the Corinthos compound and tells Sonny that Dante shot Peter. She explains what Robert told her and they race off for confirmation. 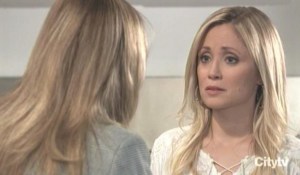 At home, Lulu looks over the divorce papers and sadly tells her mom that Dante has deserted her. Laura assumes he just wanted to give her an easy way out. Lulu sobs about what to tell the kids. Her mom says kids are resilient and reminds her she has 20 days to contest the divorce. Pacing and crying, Lulu rails about being left to do everything on her own. Sonny and Olivia arrive. Lulu confirms Robert’s story. Olivia doesn’t think her son can heal away from home. They discuss his PTSD and Liv urges Lulu to tear up the divorce papers. Sonny is sure that Dante still loves her but is trying to do what he thinks is right for her. Laura says they all need to support whatever Lulu decides.

Sonny and Olivia return to her place. She wishes they could talk to their son. He’s not convinced they could get through to him. He might be cutting himself off from everyone. 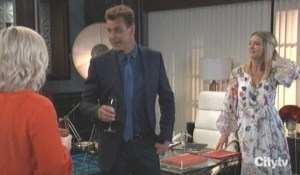 At Crimson, Jax walks in with champagne for Maxie and Nina to celebrate the ad revenue projected for Ava’s story. Maxie worries that Ava might not like how the article makes her look. Nina assures Jax she can handle Ava. Out in the corridor, Valentin and Ava step off the elevator and he asks her if Sibley is reliable. She reminds him about murdering Nikolas. He reminds her that he was defending himself. Maxie interrupts and Ava demands and advance copy of her issue. Back in the office, Jax confronts Nina for whitewashing some of Ava’s crimes. She points out how nasty the internet is. Nina is sure that Ava will get completely trashed after the story comes out. They continue to bicker, and she brings up Cassandra as the other three walk in. Nina asks Maxie to walk Ava out. Once they are gone, Valentin asks Jax about all the tension with Nina. 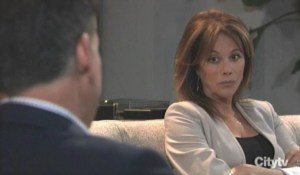 In Neil’s office, Alexis asks him if she’s passed on her masochistic gene to Kristina. He tells her it’s not always about her. When he brings up her social life, she complains about how sad it is and starts fussing with objects around the room. He’s starting to wonder if she has a real reason for being there. He’s willing to keep seeing her, but if she’s answered her own questions, he doesn’t see the point. The relationship will just get unhealthy. She asks if he’s ever had one of those and he assures her she has nothing to worry about. He urges her to test her progress by dating. She complains about how exhausting it is. Then she gets a text about Shiloh making bail.

Shiloh is drinking at the bar in The Floating Rib. He flashes back to being in Afghanistan with Drew. He realizes he can’t pay for his drink. Drew strolls over and Shiloh offers to sell him his shares in ELQ. 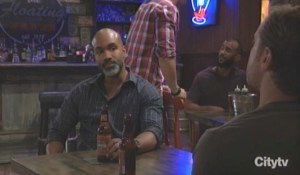 Angered, Drew lunges at him and Curtis arrives in time to break them up. They take a table and Drew wishes he’d killed Shiloh in his other life. Curtis tells him to forget Shiloh and move on. Back at the bar, Shiloh swipes someone’s cash left on the bar and buys himself another round. He remembers being confronted by Drew over selling fuel to the enemy. Shiloh offered to team up with him to take out the people he was working with and take all the money for themselves.

Curtis receives an apology from Hayden.

Sasha has a talk with Lucy.

Curtis and Jordan Visit Ryan in...

Valentin Seeks Out Finn in Order to...