Franco and Elizabeth Believe They Have Proof of Liesl’s Attacker 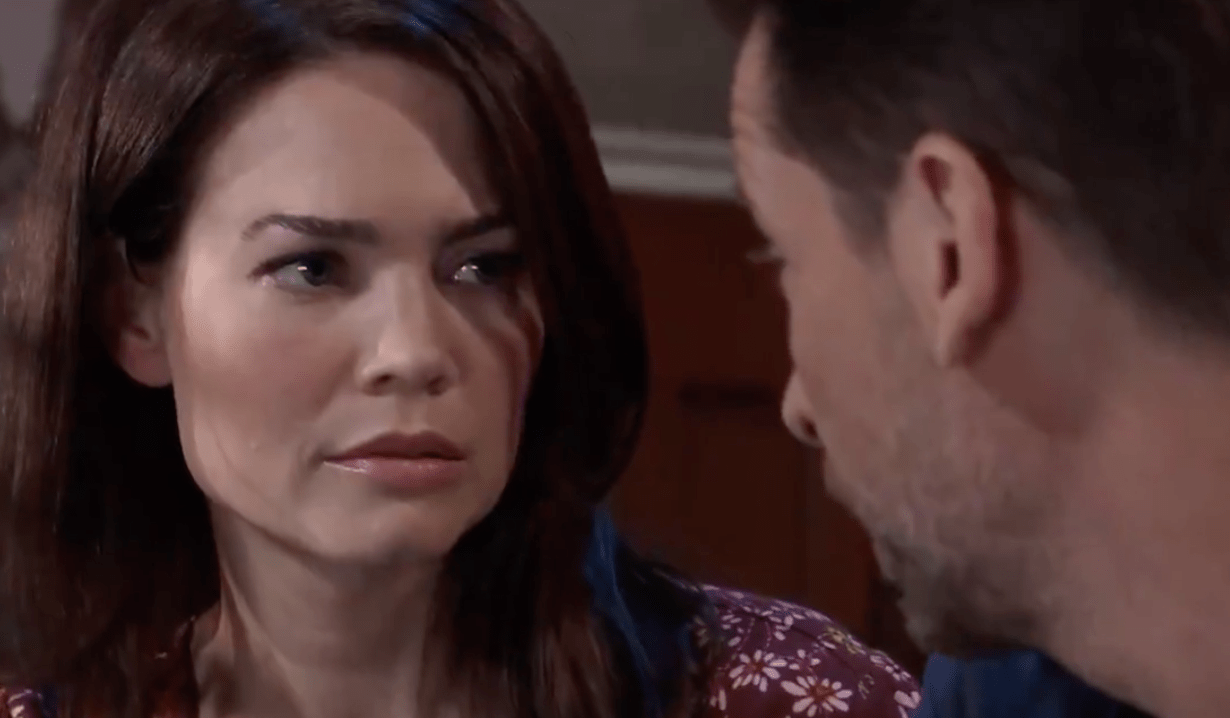 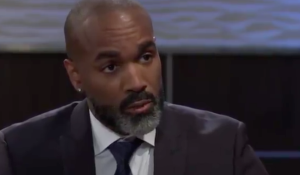 Curtis meets with an impatient Valentin at the Metro Court. He wants info on Jax ASAP, but Curtis tells him it takes time and leaves. Sasha approaches Valentin and tells him she’s moving out of Wyndemere but she’s not leaving Port Charles. He wants her gone. She remains firm, saying she’ll continue her role pro bono as Nina’s daughter, which could give everyone what they want.

Michael finds Sam and Jason at General Hospital. He fills them in on Shiloh not being able to seek custody of Wiley. Michael gets called away to a softball game ELQ is playing against the Police Department. In Liesl’s room, Nina worries she inadvertently put Wiley in harm’s way with Shiloh. Liesl cryptically asks what if Shiloh isn’t Wiley’s father. Before she can fully elaborate, Valentin enters and leads Nina out.

At home, Sam and Jason lounge in bed as she tells him she found someone to remove her Dawn of Day brand. There will be a scar left but it will be gone. He asks if she’s okay with that. She doesn’t love it but it was worth it to get rid of Shiloh. Besides, Jason is the one who has to look at it. He says, “You always look perfect to me.” Sam wants to offer her plastic surgeon’s services to Carol and Willow if it helps them feel free of Shiloh. She regrets what she put him through with Shiloh, but Jason vows to never let anything come between them. She says she will always love him. They kiss and fall back in bed.

Willow excitedly runs into Chase in the park as he’s about to play softball. She tells him the good news about Wiley and is excited to get her life back on track. First up is a job, as, despite the parents rallying around her, she can’t go back to teaching. However, she does have a job interview to be a governess. They flirt before she runs off. Michael finds Chase on the field and they engage in some friendly trash talk. Sasha turns up to cheer Michael on. Later, Sasha takes Michael home for some TLC in bed when he gets hurt.

Back at the Metro Court, Willow interviews with a representative for a family looking for help with their child. She says the parents will join them for the rest of the interview, as Valentin and Nina enter. Nina wants to talk to Willow who assumes they are the parents. Nina tries to talk to her about her guilt, but Willow says it’s best if she doesn’t continue the interview and leaves.

At Kelly’s Franco and Liz look closer at the wedding photos. Franco thinks he sees a man lurking, which backs up Liesl’s claims, but Elizabeth isn’t so sure. 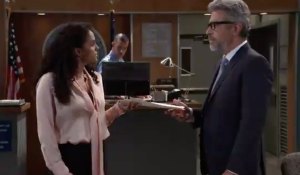 Mac and Jordan go over Liesl’s case at the police department. He defers to her, but Jordan says she’s just back part-time while she recuperates – he’s still commissioner. Curtis walks in to pick up Jordan, as Franco and Liz follow to show them the photo from their party. The Ashfords leave as Mac takes the Baldwins’ statements and download their photos. He says they’ll see if they can make any connections. Mac muses the attacker wasn’t necessarily a guest but believes Liesl knew the person. Franco is excited they threw a murder mystery party and they didn’t even mean to.

Franco and Elizabeth visit Liesl at GH to update her on their photos and how they think her attacker was a man. They ask who hates her enough to do this.

Jordan’s eating cereal and dancing around her loft when Curtis walks in. He smiles and talks about all the small things that build a life. For a time he thought that wasn’t going to happen for them. She says, “And here we are.” They kiss. Jordan tells him she’s getting better every day and her doctor said they can resume their “bedroom activities” soon. Curtis assures her he can wait because he isn’t going anywhere. They canoodle and passionately kiss on the couch.

Drew wonders why Shiloh wanted to reconnect with him.

Kristina will make someone pay.

Throwback Thursday: On July 18, 2007, on General Hospital, Sam faced Jason in prison about watching his son get kidnapped, while Lulu snuck out of the Q mansion to meet with and kiss Logan.

Curtis and Jordan Visit Ryan in...