Mac Arrests Shiloh, Who Is Stunned That Harmony Turned on Him

Friday July 12, 2019: On General Hospital today, Shiloh is arrested, Willow is released, and Maxie and Peter go to meet Dante. 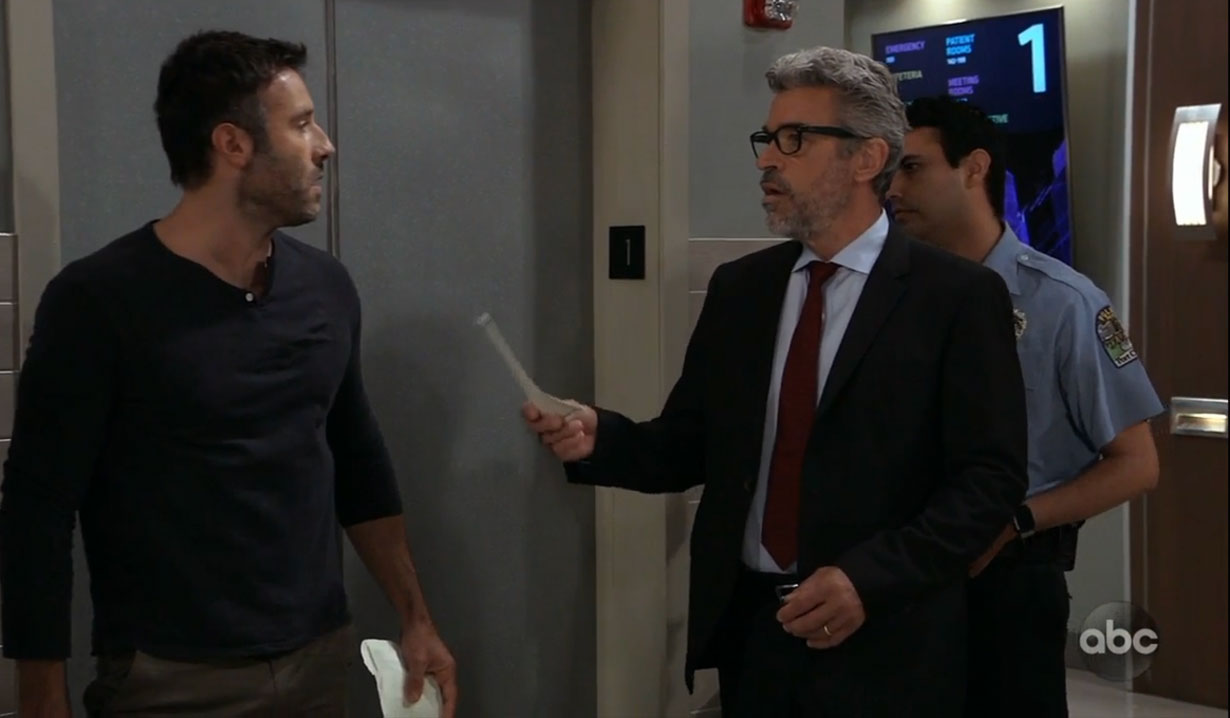 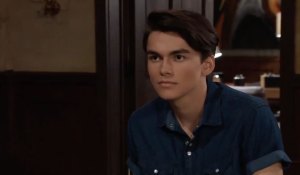 In Sonny’s office at his restaurant, Sonny fills Dev in on Joss’ father Jax, who is bound to ask questions about him. The conversation shifts to school, but Dev plans to drop out and would rather work for Sonny. Sonny won’t allow that and explains that type of trust has to be earned, and Dev should focus on school and learning his fake background. Sonny arranges for him to get a job at The Metro Court. 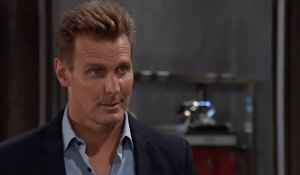 At Crimson, Nina asks Jax what is going on between him and Hayden, but then decides it is none of her business. Up in the Metro Court, Chase interrupts Finn and Hayden and explains he has to bring her in for questioning on the attempted murder of Dr. Obrecht. As they exit, Laura and Lulu enter and grab a table. Lulu admits she’s starting to feel resentful towards Dante, even though he’s only trying to get the help he needs. Laura feels they should bring Dante home for treatment because the WSB doesn’t have a stellar reputation for treating their agents well. Back down in Crimson, Valentin visits Nina and reveals he has some concerns about Jax, who has files on him on Cassandra Pierce. When he mentions an associate of his learned of the files, Nina realizes Valentin has Curtis working as a spy. 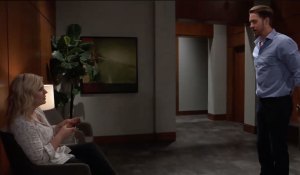 Peter and Maxie go to the WSB facility and ask an agent to see Dante. After checking with Dante, the agent reveals Dante refuses to see them. Maxie won’t accept it, rushes into the room where Dante is and screams, “Dante no!” as a gunshot rings out. 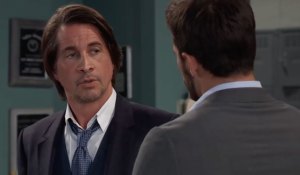 At the PCPD, Mac gets a warrant for Shiloh’s arrest. Jason informs Mac that Shiloh is at General Hospital. After they leave, Chase arrives with Hayden, who demands to call her lawyer. Finn asks Chase to go easy on Hayden. Chase wonders who Hayden is to him. Hayden calls Jax for help as Finn tells Chase that Hayden is his ex-fiancé. Later, Jax arrives as Chase interrogates Hayden about her relationship with Finn. Down in the holding cells, Willow tells Michael that Harmony turned on Shiloh and the police are on their way to arrest him. Michael breaks the news to Willow that Shiloh apparently went to General Hospital to pick up test results, which he assumes are DNA results on Wiley.

More: Brandon Barash interview on being a single dad 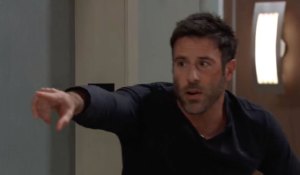 At General Hospital, Jordan and Curtis have just finished seeing her doctor and her recovery is going well. They walk around the corner and find Lucas attacking Shiloh. Curtis breaks the fight up, and Shiloh demands Jordan arrest Lucas. She says she is in no position to arrest anyone. Mac arrives, followed by Jason and Sam, and he arrests Shiloh. Sam and Jason gloat that both Carol and Loraine, aka Harmony, have turned on him. As he’s taken away, he drops the test results. Sam hands the envelope to Lucas. 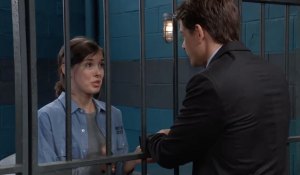 Back at the PCPD, Mac returns, and Hayden is released after Chase acquires footage from The Haunted Star exonerating her. Hayden leaves with Jax, and Mac tells Chase they just brought Shiloh in. Chase leaves to call Diane about getting Willow released. Down in the holding cells, Willow is distraught and worries Shiloh could still somehow go free and get Wiley. Michael doubts it, and he offers to go to General Hospital and find out what is going on. Later, Chase releases Willow, and Mac throws Shiloh into her cell. He assures Willow that he will get out and be a father to their son.

Back at General Hospital, Finn runs into Curtis and Jordan. He asks if she can make some calls and clear Hayden, who has been accused of trying to kill Obrecth. Later, Finn calls Anna and leaves a message asking her to call him because Hayden is back in town.

Jax and Hayden return to Crimson, and Jax confronts her about her little kiss the other night to grab Finn’s attention. He says she needs to tell him they aren’t a couple and reminds her that they have a job to do. In Nina’s office, Valentin worries to Nina that Jax’s real motives involve her somehow and may relate to Cassandra’s near-fatal drug overdose. Jax enters with Hayden, and he introduces her as the new CFO. Back up in the Metro Court, Laura gets a call from Mac and she leaves her purse at a table to move to a quieter location. Dev arrives and is about to snatch her purse, but he’s stopped by Jason.

Lulu stops by Sonny’s restaurant and asks him to find and bring Dante home.

Michael arrives at General Hospital and learns from Sam and Lucas that Shiloh was arrested, and he never got to open the DNA results. Michael suggests they destroy the results, which Lucas does.

Laura talks with Hayden about Valentin.

Ava tells Julian she needs this more than anything.

Jason warns Carly that if he dies it will mean trouble for everybody.