Wednesday July 10, 2019: On General Hospital today, Sam gives Carol's statement to the PCPD, Kim apologizes to Drew, and Oscar's will is read. 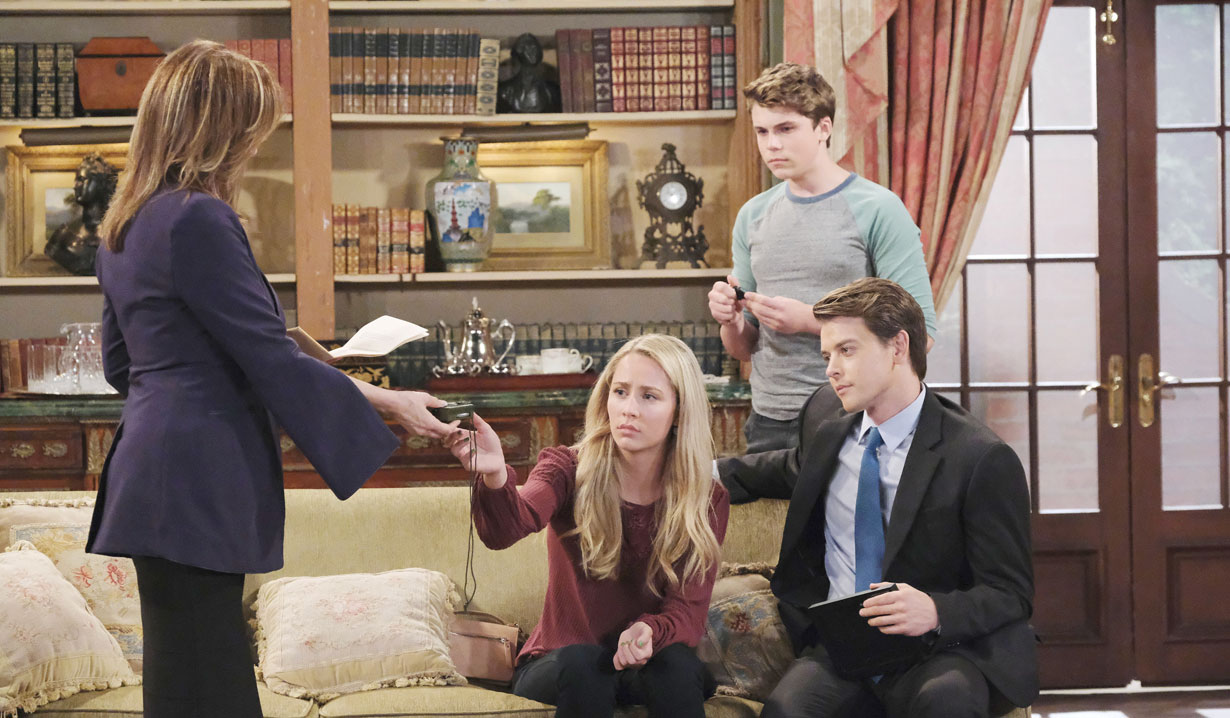 Sasha sits at a table at the Metro Court and looks at her tablet and tries to decide whether to renew her membership to Sonny’s gym. Shiloh introduces himself and feels she appears to be struggling with something. Michael arrives, shoves Shiloh to the ground, and warns him to back off. Shiloh leaves, and Sasha suggests to Michael that they skip breakfast and go order room service. Michael would love to but explains he has to go to the reading of his cousin’s will. 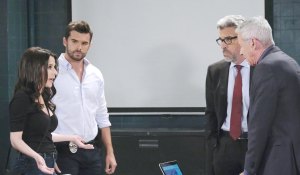 At the PCPD, Sam meets with Chase, Mac and Robert and gives them Carol’s statement on Shiloh. Sam explains Carol’s situation with an ankle monitor and that they’ll need to subpoena her to Port Charles to testify. Robert doesn’t think it will be that easy because a judge may consider this all hearsay, or that she was coerced into making the statement. Robert and Mac excuse themselves to discuss matters, and Chase fumes.

At Sonny’s office, Brick stops by with the forged document for Dev. Jason is shocked to learn Sonny is going to pass Dev off as a distant cousin, and that he’s going to live with them.

Cam arrives at the Corinthos’ place to pick up Joss for the reading of Oscar’s will. Carly offers to go with her, but she insists she’ll be fine.

At the Quartermaine mansion, Monica cleans up and gets ready for the reading of the will. Alexis, Ned and Olivia offer to help, but she wants to stay busy.

Kim finds Drew in the park and apologizes for what she did to him. She is disgusted with herself and is ready to deal with the consequences if he wants to press charges. Drew just wants her to get help. She reveals she has made an appointment with Dr. Massey for professional counseling.

Back in Sonny’s office, Jason voices his concern over Sonny’s helping Dev just as Carly drops the boy off on her way to work. Carly heads out, and Sonny gives Dev the file with all the documents officially making him Dev Corbin, which he is to memorize. Brick and Dev leave to go over everything, and Jason continues to voice his concerns of having Dev living in Sonny’s home. They don’t know anything about this kid’s background, his family, or his loyalties. Sonny sees potential in Dev, and he owes the kid. Jason gets a call and has to leave. Brick returns with Dev, who thanks Sonny for all he’s done for him. 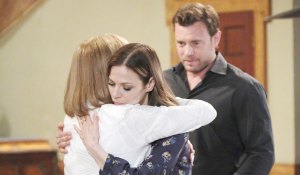 Joss and Cam arrive at the Quartermaine mansion, followed by Drew, Kim and Michael. Alexis begins the reading of Oscar’s will. Oscar wanted to leave some personal mementos to his friends and family. He thanked Ned and Olivia for welcoming him into the family and left them his keyboard, which he wants to eventually go to Leo. He leaves Michael a photo he took of him and Wiley when he wasn’t looking. To Monica he leaves a book on his hometown of Cleveland in which he flagged several important spots as a way to show her his hometown, just as she showed him around Port Charles. To Cam, who he was jealous of for getting his license first, he leaves his car. And to Joss he gifts the compass she once gave him for all his adventures. Joss exclaims, “I can’t do this” and runs out.

Back at the Metro Court, Carly stops by Sasha’s table to chat. Sasha gushes about Michael, and Carly would like to get to know her better. Sasha explains she and Michael are keeping things casual because her plans are up in the air right now. Carly sees no reason Sasha can’t make a home here in Port Charles. Sasha thanks her for the advice. Carly gets to work and Sasha chooses to renew her membership to Sonny’s gym on an annual plan.

Cam finds Joss at Oscar’s meadow. She tells him that she gave Oscar the compass so he’d never get lost, but he’s not going to find his way home this time. 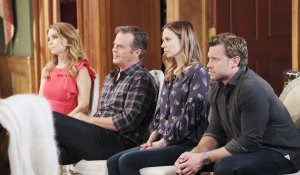 At the Quartermaine mansion, once Michael confirms with Cam that Joss is okay, the reading continues. Oscar leaves Drew the glass he and Joss swiped to run a DNA test on to prove he was his father. To Kim he leaves his Mr. Bear doll and tells her that she was the best mom a kid could have. As for Oscar’s ELQ voting shares, Alexis is stunned as she reads the shares are being left to someone who helped him out when he needed it the most and will use them to help others. Shiloh walks in and asks if he’s missed anything. 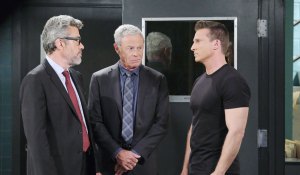 Back at the PCPD, Robert explains to Sam and Chase that he can’t subpoena Carol without a collaborating witness. Jason enters and states he has a witness to bury Shiloh.

Hayden suggests to Finn that they move on.

Franco visits Obrecht in the hospital and asks what she was trying to tell him about Wiley’s father.

Chase visits Willow and vents he might as well turn in his badge and go work for Sonny.

Harmony sits down with Mac and Robert and agrees to tell them the truth. 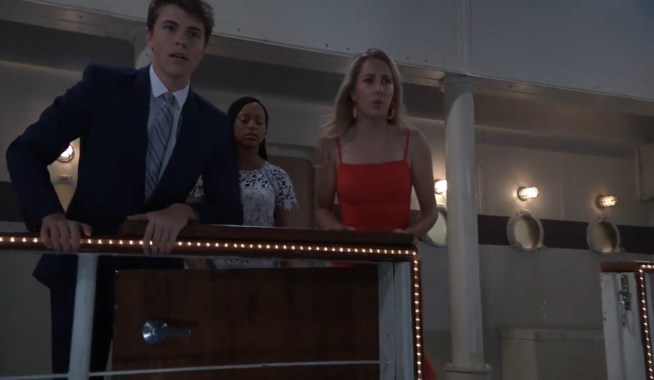 Obrecht Accuses Hayden of Pushing Her Off the Haunted Star 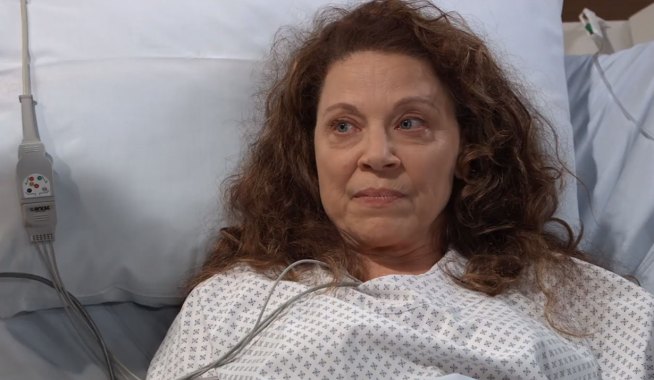