Kristina Reveals Her Pledge Contents to Alexis and Neil 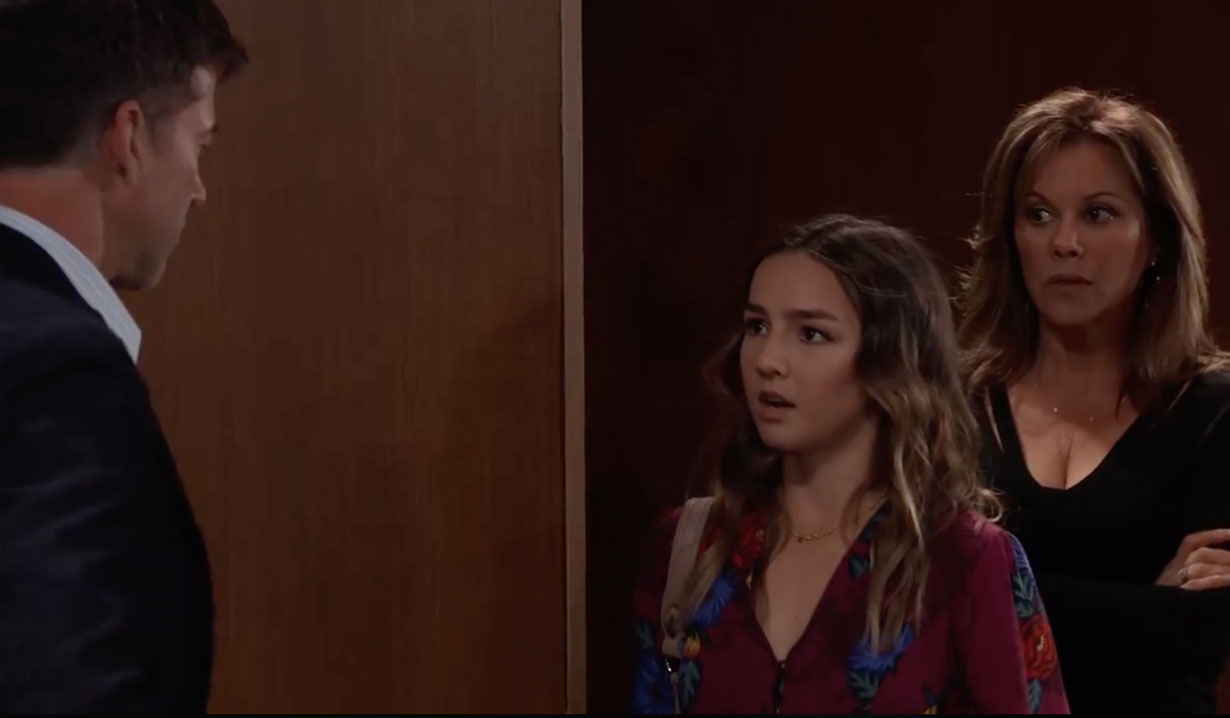 Jason visits Harmony in Pentonville by pretending to be her lawyer. He explains he’s investigating her husband’s murder, but she states her husband overdosed. He feels she’s deluded herself of the truth about Shiloh for so long to avoid facing the truth about what she’s become. 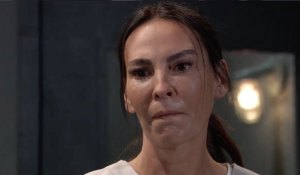 Harmony recalls Willow had doubts about her initiation, and she wanted to be with her dad, but she pressured her to go through with it, knowing she was sending her to Shiloh’s bed. Harmony cries she thought that was why Doug killed himself. Jason tells her that she can still protect her daughter from Shiloh. He works with Harmony to establish the order of events the night of Willow’s initiation and Douglas’ murder. Harmony reveals that Shiloh escorted Willow to her initiation, left at 9:30 and returned at midnight to bed her. Jason figures Shiloh had plenty of time to kill Doug. Harmony admits she was the one who took Carol Lockhart to the jail to see Shiloh, and later she confessed to giving Doug the drugs. Harmony admits though that Carol was at Willow’s initiation. Jason wonders if anyone had access to the drug that killed Doug. She and Shiloh did as it is the same drug that they put in the tea for the initation, and Shiloh had a prescription for it.

More: Interview with James Patrick Stuart on his music 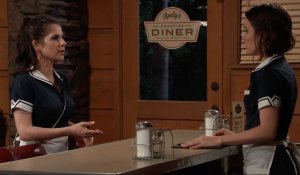 Sam poses as a new waitress at the diner that Carol works at in Beechers Corners. Eventually, she tells Carol that she’s really there to get her statement about Shiloh. After a run-in with Officer Billy, who doesn’t know who Sam is and invites her to stop by Dawn of Day, Carol tells Sam it’s time she told the truth. She writes down her statement and signs the document, while also giving a taped version to Sam that Shiloh asked her to claim she gave the drugs to Douglas. 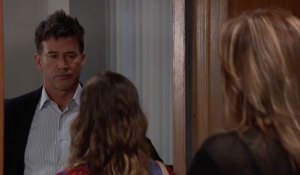 Kristina knocks on Neil’s office door and explains she needs to tell her mom the truth about the pledge. He invites her and Alexis in, and Kristina reveals that she lied to Shiloh and told him that Alexis ran over Kiefer on purpose because she was so desperate to impress him. Kristina asks if her mom can forgive her. Alexis says she’ll always forgive her, and they hug. Later, Alexis privately thanks Neil for his help with Kristina, and she apologizes for crossing lines and she regrets it. She tells him that she thought of him not just as a therapist, but a friend, and she’ll miss him. She goes to leave, but he stops her and agrees to continue seeing her.

More: Watch a spoiler video of Franco and Liz’s reception 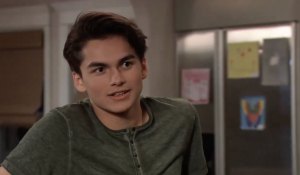 At Sonny’s place, Michael walks in as Cam asks Joss if she’ll go to the wedding reception with him. Michael introduces himself to Dev, and Joss introduces Sonny’s cousin to Michael. Michael is puzzled but has to go. Joss is unsure about the wedding, and Dev goads her about not wanting to have fun. Trina enters and wonders what all the yelling is about. After introductions, Dev tells Trina about the wedding reception invite that Joss doesn’t want to accept. Joss admits to Cam that she doesn’t think she’s ready. Trina has to head home and offers to share an uber with Cam. He accepts so they leave. As they wait for their ride, Trina tells Cam that she’ll be his date to the reception. 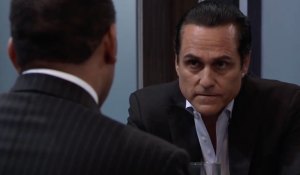 At the Metro Court, Sonny meets with Brick about doctoring some records to make Dev a member of his family. Sonny spots Shiloh with his lawyer at the bar and excuses himself. He introduces himself to Zara, and offers her double whatever Shiloh is paying her to quit his case. Zara passes, so he gives her his card in case she changes her mind. Sonny returns to his table and explains to Brick the false story he’s created for Dev. Brick can do what Sonny needs. Michael interrupts and asks about cousin Dev. Sonny fills him in. At the bar, Shiloh tells Zara that he’s found his son, but she says they need to prove Wiley is his son. 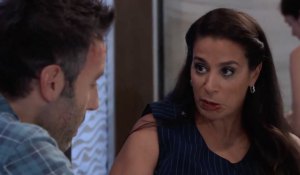 He turns over the cloth that Brad used to wipe the baby’s mouth that they can use to run a DNA test, but she notes it will be inadmissible. Meanwhile, Kristina enters and is glad to see her family, but then spots Shiloh. She decides to confront him and Zara. Kristina warns Shiloh that if he manages to get a custody hearing that both she and Sam will be happy to testify against him as a sexual predator. He subtly refers to her pledge and suggests she not make problems, so she informs that her pledge was a lie and her mother knows what was in it. Kristina storms off, and Zara warns Shiloh that she’ll make a compelling witness.

Curtis calls someone to let them know that Jax has a file on them.

Bobbie lashes out at Julian.

Ava meets with a psychic to discuss Kiki.

Obrecht gets drunk at Liz and Franco’s reception.

Relive July 5, 2018 on General Hospital when Drew and Sam finalized the end of their relationship and a photo of Kiki with Griffin threatened to derail her case against Dr. Bensch.