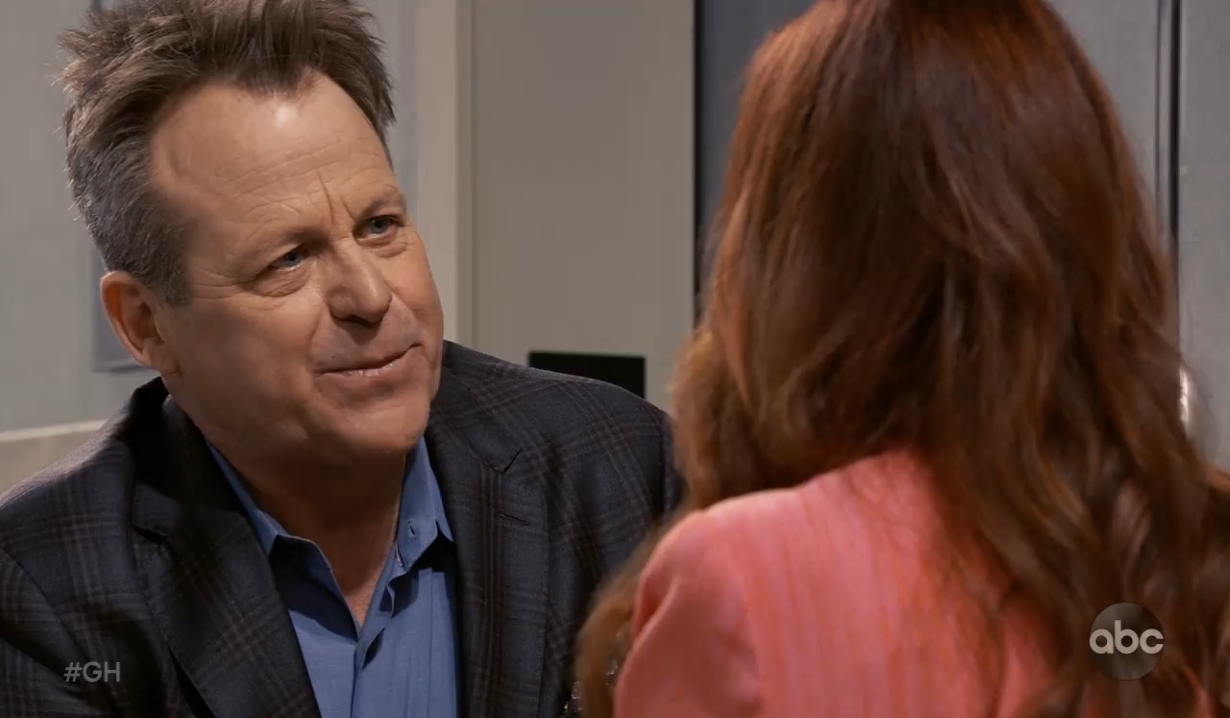 At Charlie’s, Jordan, Curtis, Stella, and TJ sit at a table eating breakfast. Finn walks over to check on his former patient. Chase arrives and Jordan asks him about the new commissioner. Curtis leaves for work and the doctor and the detective cross the room. The Ashfords joke about TJ becoming a doctor. He ruins the mood by saying he’s not going back to med school in the fall. 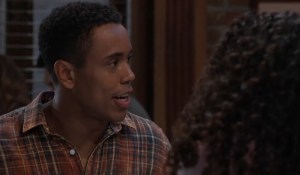 He will finish eventually but wants to work to help pay his mom’s medical bills. Jordan says that’s not happening and Stella piles on. She gets a message from the genealogy website she contacted. Stella doesn’t care about following it up. Across the room, Chase asks Finn to talk him out of breaking Willow out of jail. The cop fills him in on what happened. His brother tells him about Anna hunting for her sister. They rehash the things he’s been through with Anna, particularly thanks to Cassandra.

Scott corners Ava at Metro Court and she tells him about her cover story for Crimson. She’s hoping for catharsis. Scott needs a friend. They sit down and he beats himself up about not spending more time with Gail. She assures him that having a mid-life crisis is perfectly understandable and he should do something self-indulgent. Ava urges him to buy a Ferrari and have some fun then bustles off. Scott shakes his head and huffs. 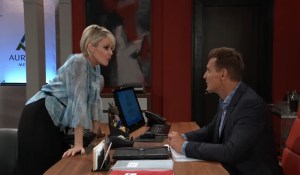 Jax calls Carly from his new office at Aurora and asks her out to lunch. She can’t. He senses something is wrong, but she won’t explain. Soon, Ava arrives and tells him the interview is off. She needs it rescheduled. A security alert goes off. It’s just Curtis testing the new system. He comes in and apologizes. He tests sensors as Ava and Jax bicker. The alarm keeps going off, so they leave and Curtis snoops around, finding a folder on Valentin and one on Cassandra. Down the hall at the elevators, Ava explains to Jax that she needs to delay the interview because she has to meet her late daughter with the help of a psychic. Joss gave her the idea. Jax is annoyed but lets her reschedule. Jax returns to his office and finds Curtis is still there. 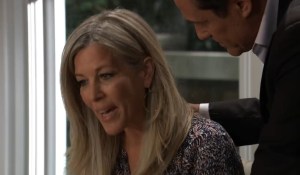 At the Corinthos compound, Sonny stops Carly from reading about spina bifida on the internet. She’s worried that they won’t be able to deal with a baby with a severe birth defect. Sonny is sure their family can handle it. She’s not sure she’s strong enough to give the baby what it will need. Her husband reassures her again and tells her they just need to be honest about this. They compare this to the situation with Mike. Sonny is grateful for all the happiness he’s finally found with his father, no matter how hard it has been. He promises her that they are all in this together, even if they are scared. 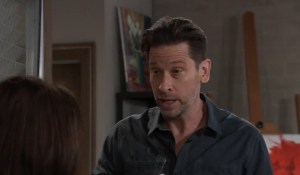 At General Hospital, Liz surprises Franco in his studio. He tells her she can’t be there and needs to go because he’s working on something. Franco starts covering up his painting and they chat about the wedding party plans. As soon as she’s gone, he makes a call. Soon after, Scott arrives and his son asks him to the wedding party. Scott doesn’t have a date to bring. He just wants a woman who can drink martinis and quote Jaws. Franco thinks he should be talking to Ava. Scott says that won’t work and he’s not having a mid-life crisis. He wants to feel needed. His son tells him that life is full of surprises. Down the hall, Bobbie and Epiphany talk about diabetes. 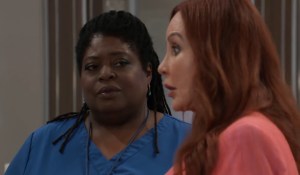 Liz joins them and invites them to the party. Bobbie tells her about her diabetes and how much it has reminded her she wants to stick around. Liz says she is irreplaceable. She heads back down the hall to see Franco. He kisses her intensely and tells her how lucky they are. He feels like they will finally get their happy ending. Meanwhile, Scott corners Bobbie by the elevators. She thanks him for all his help. He tells her she doesn’t have to face diabetes alone. She’s eager to go. Scott reminds her that they were more than friends once and wonders if they can recapture it again. To her shock, he proposes. Back down the hall, Stella chats with Epiphany about the genealogy site. Epiphany says there are fascinating things you can find out.

Somewhere, a woman buys an airplane ticket to Port Charles.

Franco is concerned about Cam.

Someone has an invitation for Joss.

Neil Refuses to Treat Alexis After...