Carly and Sonny Learn Their Baby Has Spina Bifida 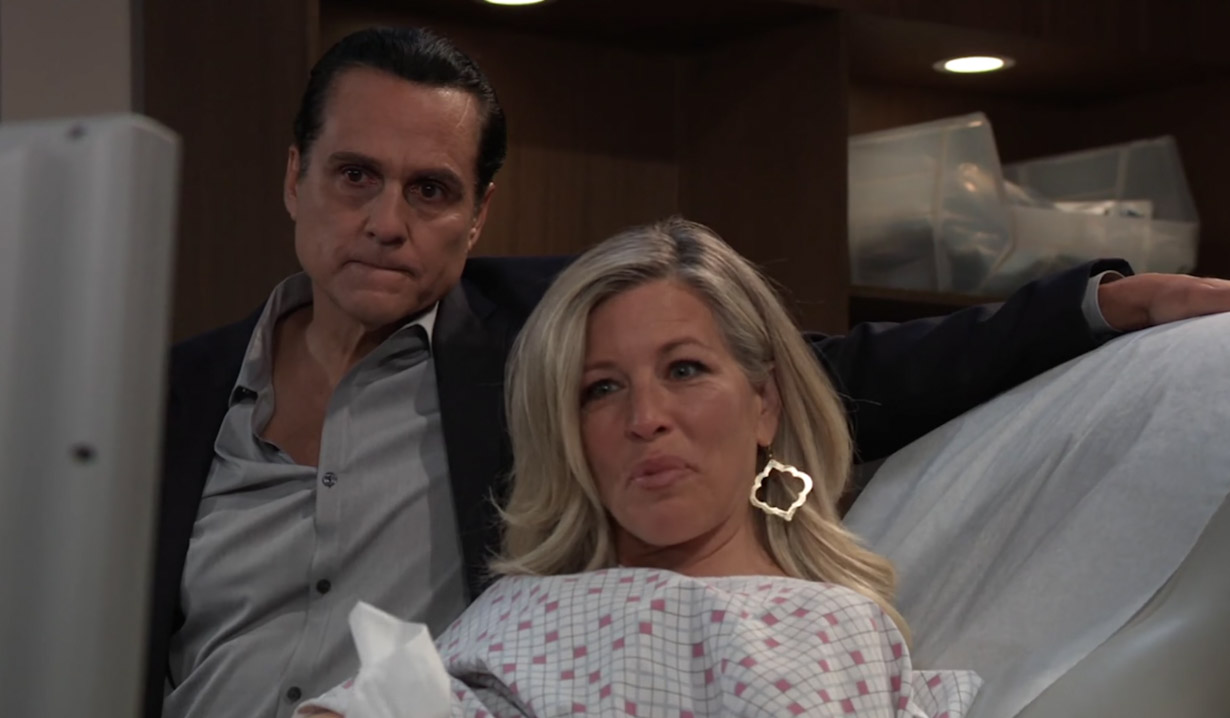 In the Aurora offices, Nina drops by to see Drew and goes on a tirade about the sale of Crimson to Jax. Jax walks in during her rant, and Nina tells him that he needs to give her room to work. Down in the Metro Court, Curtis meets with Valentin and gives him what he’s found on Jax, but its information Valentin already knew and he needs something new. Curtis leaves, and Valentin finds Sasha waiting at a table. 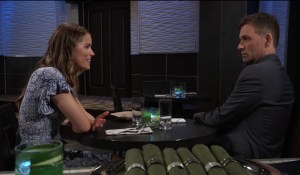 He tells her that he and Nina are marrying in September and after the wedding, she’s free to leave. She explains she’s going to make Port Charles her home. He worries she’ll be exposed, as will he. He also warns her about Michael’s family, who will eventually investigate her if they become serious. He advises her to get out now. Back in Aurora, Curtis arrives to begin the new job, and Nina welcomes him to the company. Nina departs, and Jax followers her. He congratulates her on how well the ad sales are doing on the Ava piece. 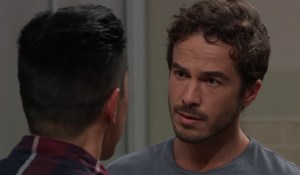 Michael meets his parents at General Hospital. He fills them in on the drama at Beechers Corners and what he learned from Carol. Michael’s phone dings and he forgot he had dinner plans with Sasha and has to run. Sonny and Carly meet with their doctor for the ultrasound. Dr. Navarro notices something during the procedure and tells them she needs to consult with a colleague and will be right back. She returns later and explains their child has Spina bifida, a birth defect involving an improperly fused spinal cord. They won’t know the severity until closer to birth, and while many children go on to live full lives, some have complications that can include cognitive development issues. Carly will have to deliver by cesarean, and they will continue to monitor the child. Elsewhere, Brad tells Lucas that they should take Wiley and run. Lucas refuses because they would become fugitives and if caught they would never retain custody of Wiley. He feels Alexis is right and they need to come forward with the truth about Wiley’s father. 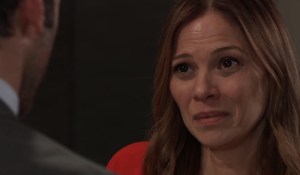 At Kim’s, she tells Shiloh she needs his help to bring Oscar back and that she needs to be a mother. He thinks she wants him to father a child with her, but she explains she wants a baby with Drew, but he won’t do it. She needs him to teach her how to persuade Drew to have a child with her. She admits she first asked Julian, and he turned her down, but it was for the best. Besides, Julian is having some custody issue with his son and grandson. Shiloh asks about the trouble, but she doesn’t know much. She tells him that apparently they are worried the baby’s father will make a bid for custody. Julian arrives as Shiloh is leaving, and he warns Kim not to trust Shiloh. He explains that Shiloh is a sexual predator, and Kim is in shock. Julian asks why he was there. Kim just wanted help. Julian is worried about her and so is Drew. She thinks Drew told her about wanting a baby with him. Drew didn’t, but he put things together. He understands why she wants a baby with Drew, but believes she may need professional help. 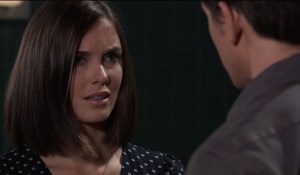 In the PCPD interrogation room, Chase tells Willow that her best chance is to come clean about Wiley, but she refuses. Michael arrives and gives Willow the news that her father didn’t commit suicide, he was murdered. He informs her about Shiloh’s arrest for the murder, and how he convinced Carol to take the fall for him. Shiloh killed her father to keep him from taking her out of Dawn of Day. Carol is willing to talk, but Jason was stopped by the police trying to get her out of town. Willow wonders if her mother knew of the plan. Michael doesn’t know, but maybe if she knew this then she’d stop protecting Shiloh. Michael leaves, and Chase instructs Willow to keep remaining quiet about Wiley because it will buy them time to get Carol’s statement.

Brad stops by Charlie’s to see Julian, but he’s not in. Shiloh finds Brad and asks him if he is okay because he appears stressed. Brad yells at him to stay the hell away from him and rushes out. Shiloh recalls past conversations with Brad about Wiley and the birth mother becoming a problem.

Michael shows up at the Metro Court to meet Sasha. He apologizes for being late and explains things have been hectic with his family. Nina arrives to meet Valentin and spies Sasha with Michael. She thinks they are perfect together. Back in Aurora, Curtis briefs Jax and Drew on his suggestions form ramping up security.

Maxie expresses to Lulu that this is a terrible situation.

Drew admits his heart is broken.

Brad tells Michael that keeping Wiley might be easier said than done.

Shiloh makes a call to someone and says he knows where his son is.

Lucas Attacks Shiloh and Warns Him...