Friday, June 21, 2019: On General Hospital today, Willow holds an award ceremony on the kids last day of school, Nina and Jax argue over Crimson, Sonny seeks Roberts help, and Shiloh has his day in court though Willow is a no-show. 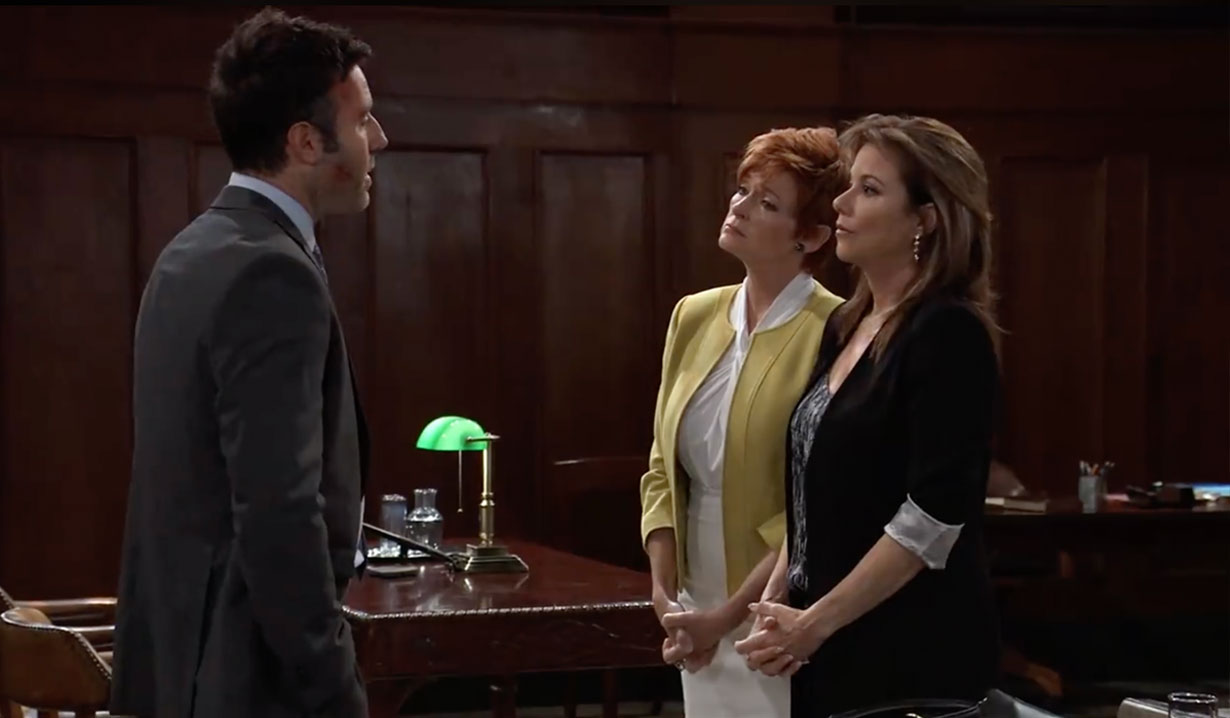 At Sonny’s, Dev devours his breakfast and Joss asks how he knows Sonny. He says it’s complicated. Sonny tells Dev that he has some things to do and promises when he returns everything will get sorted out. 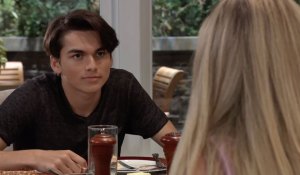 Dev cleans the dishes, and Carly asks Joss to clean up Avery’s toys on the deck before they blow away. Joss exits, but under the window to eavesdrop, and learns about Dev and Sonny’s connections from Turkey. Later, Dev catches Joss at the window spying. After he heads to his room, Joss admits to Carly that she eavesdropped and knows everything about Dev. Carly doesn’t want her to worry and indicates they will figure things out when Sonny returns.

More: Donnell Turner in Amazon’s Too Old to Die Young

Curtis meets Valentin at Kelly’s to discuss a job. Valentin wants to know more about Jax and if there is anything about that could cause a problem for Nina or Crimson. He promises to compensate him handsomely for whatever he uncovers. 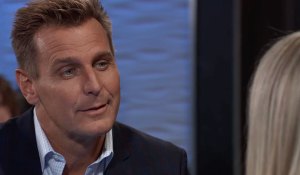 At the Metro Court, Nina meets with Jax to discuss Crimson business. He believes if Crimson is to be successful then they need to trust one another and work as a team. Nina suggests she could quit and go elsewhere. Jax warns her that she won’t have it half as good anywhere else if she walks. Robert enters and says hello to Jax. Nina uses it as her cue to depart, and Robert sits down and asks about Jerry. Jax swears he has had no contact with him since he escaped Steinbower. Robert spots someone and says his date is there, so he leaves. Curtis then swoops in to discuss Drew’s job offer to head up security at Aurora. He explains to protect his clients that he needs to know everything about them. Jax has nothing to hide, but Curtis produces a giant file on Jax containing all the dirt he dug up. Robert meets Sonny at the bar, and Sonny tells him the WSB needs to help with Dev. Robert explains he’s been forced into retirement, but he knows that Dev rejected the WSB’s initial offer and ran, so now they view him as someone else’s problem.

Liz, Lulu and Franco stop by Willow’s class for the last day of school and the kids’ awards ceremony. Diane calls to make sure Willow will be in court today. Willow replies that she’ll be there. Later, Valentin and Nina arrive, and Willow tells the parents to all get ready for the big ceremony. After the ceremony, Charlotte and Aiden present Willow with flowers and a book of memories they made for her. They hope to see her around next year. After the kids leave, a woman tells Willow that the principal needs to speak with her, but Willow explains she has a pressing appointment she cannot miss, and as of today he’s no longer her principal. Liz and Lulu beg her not to leave yet because there is one more surprise, they have for her. 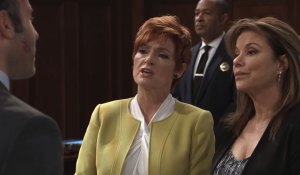 In court, Alexis asks Diane what her plan for Shiloh is. Diane tells her friend to trust her and leave before Shiloh finds them together. Shiloh walks in and tells them, “Too late.” Diane excuses herself when she gets a call, and Alexis warns Shiloh that he can’t beat Diane. Shiloh tells Alexis that he pities her and even more so her daughters, who have learned their lack of faith from her. He taunts her that the bond between him and Kristina won’t easily be broken, and nothing will erase the pledge she made to him and Dawn of Day. He realizes Kristina hasn’t told her mother what was in the pledge. She notes that Kristina’s pledge had to have been old news or he would have used it by now, but he says the pledges aren’t to be used for blackmail. He realizes he can’t give up on her or her daughters because they have so much work left to do. Alexis tells him not to go near her daughters. Outside the court, Diane runs into Shiloh’s lawyer, Zara Amir, (played by Maysoon Zayid). Zara and Diane return to court, and Diane scolds Alexis for still being there. Alexis tells Diane that her family isn’t going to be safe until Shiloh is behind bars, or in the ground. She can’t believe Alexis just threatened a man to an officer of the court and tells her to either call her sponsor or her hunky therapist and get her head on straight. The judge arrives to begin proceedings and notices that Diane’s client is absent.

Sonny returns home and fills Carly in on Robert’s firing and the WSB washing their hands of Dev. Joss and Dev walk in and Sonny explains Dev is staying for the summer and they will tell people he is his cousin Devin.

Joss, with Jax, asks, “What is she doing here?”

Curtis asks Jordan what in the hell she’s doing.

Franco worries to Liz that it won’t happen.

Diane is on the phone frantic because Willow is late to court.

Nina asks Willow if she has somewhere better she needs to be.

Carly realizes Brad and Lucas haven’t told Bobbie what is going on. 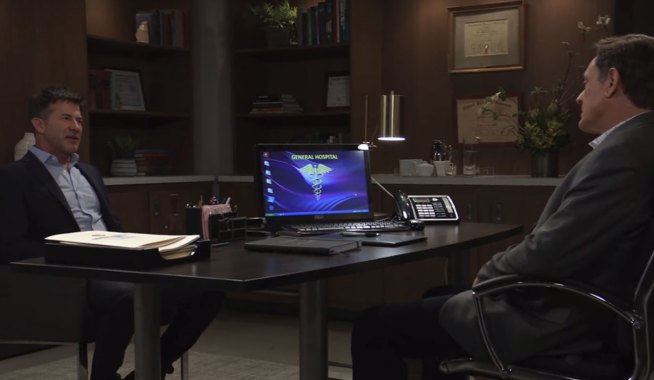 Shiloh Gets His Ruling in Court, Shocking Willow 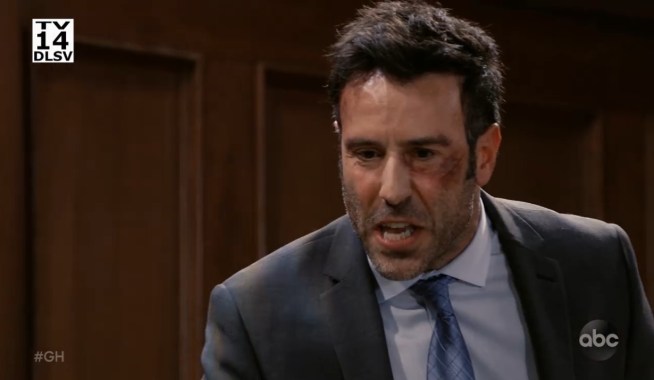