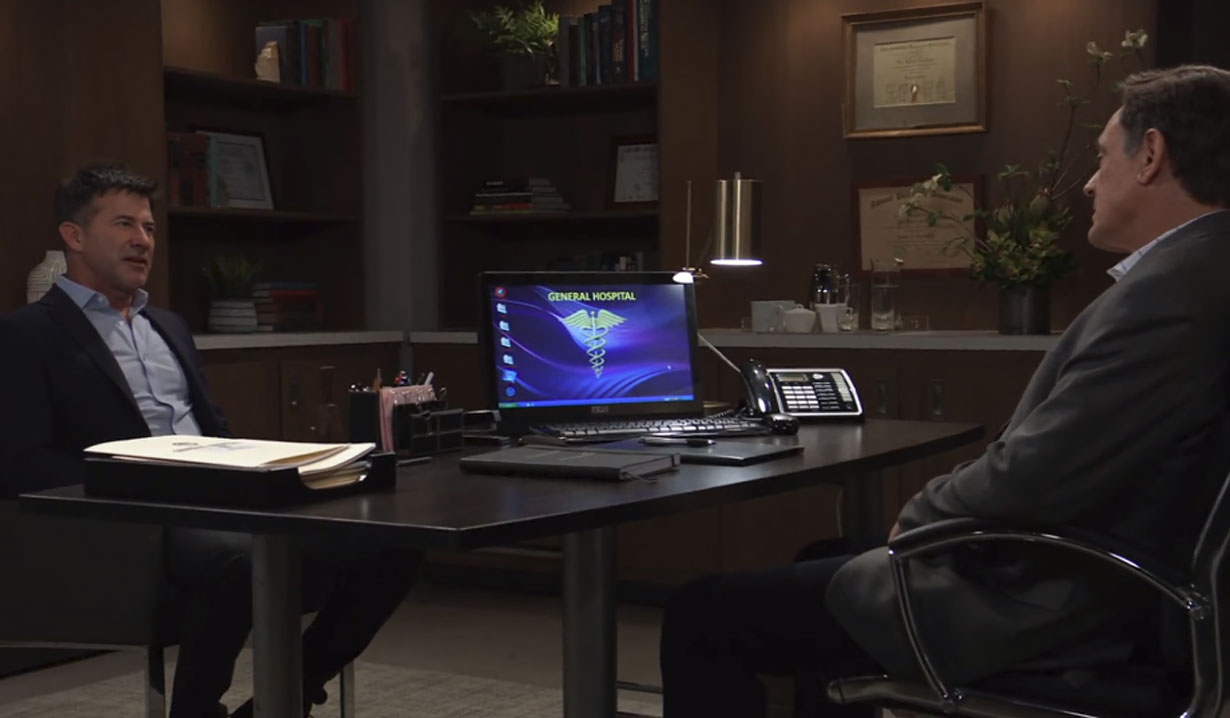 Neil bumps into Alexis on his way out of Kelly’s. They make some awkward small talk before he leaves. Diane takes note of the flirting from her table and cackles at her friend. Alexis explains Neil is a therapist treating both her and Kristina. Diane 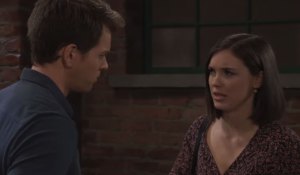 suggests Alexis get a new therapist so she can enjoy some romance. Alexis details all the qualities that make him a good therapist for her, but Diane counters they also make for the best relationships. Alexis admits she did some online research on him but she didn’t dig too deep in order to respect their boundaries. Diane whips out her tablet and says she doesn’t need to. She finds a death notice for Neil’s daughter. Outside, Willow tells Michael she didn’t directly kill her father, but it feels like it. She explains how when her father starting having concerns about Shiloh, Harmony drove him out of Dawn of Day. He would reach out every few months, but she ignored him. The last time he called, he was very upset. Shiloh was nearby listening and encouraged her to meet with him. When she was about to leave for their meeting, Harmony presented her with her initiation ceremony. That meant she had to choose between her dad and DoD – she chose the cult. When she finally got to his hotel, she found her father dead on the bathroom floor from an overdose. She knows he wanted to die and it’s all her fault, but Michael assures her it’s not. Now, Willow’s worried Shiloh will find Wiley.

Neil drops by Kevin’s office at General Hospital. The former colleagues catch up before Neil explains he’s there for a session. He confesses conflicting feelings he’s having regarding a patient. He’s respecting their boundaries, but he wants to commiserate with her over their shared experiences, but he hasn’t. Kevin doesn’t see anything wrong with using his experience as a road map to help. Neil admits he’s still dealing with those issues, which prompts Kevin to remind him he can’t involve his patients in his personal life. 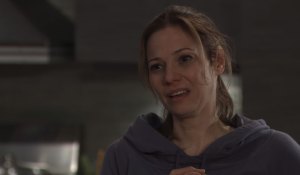 Elizabeth stops by Kim’s place with a lasagna before she goes to work. Kim invites her in and talks about the trip and Oscar. Now that she’s back, she doesn’t know what to do and admits to asking Julian to have a baby with her. Kim insists she isn’t trying to replace Oscar, but being a mother is who she became and she doesn’t know who she is now. Elizabeth assures Kim she will always be a mother because Oscar will always be part of her. She urges her to feel what she needs to feel and to give herself time. 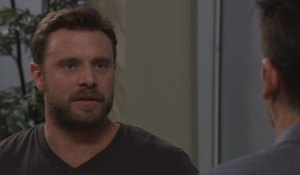 Franco finds Drew on a bench in the hallway at General Hospital. They talk about Tanzania and Drew says it hurt like hell, but he might have gotten a sense of closure. Franco offers to help in any way he can. Drew says he might need a friend to vent to once in a while and asks him to try and be the brother he once was to him. Franco assures him he is there for him. He then cautiously shows Drew the invitation he’s drawing up for his and Elizabeth’s wedding celebration. Drew knows life needs to go on and people need to keep living so he will be there. When Drew walks away, he gets a call from Kim. She looks at a photo of them with Oscar and says she has something to discuss with him. 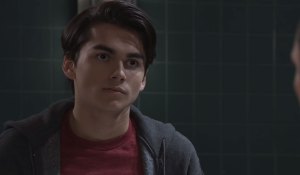 At the PCPD, Sonny demands to know what Dev is doing in Port Charles. Dev explains he didn’t trust the WSB to protect him so he stole some of Raj’s money to buy a passport and plane ticket. However, the passport won’t hold up and he fears being deported. He needs Sonny’s help because If he is sent back to Turkey, he’s dead. Sonny returns to the squad room and asks to talk to Lulu in private. Sonny explains how Dev helped him and Dante and now they need to help him. Lulu tells Chase that she was wrong, Dev isn’t the burglar. Sonny adds that he’s a friend of the family.

Carly continues to fret in her kitchen about Joss but then moves onto worrying about Jason going to Beecher’s Corners. He declares if there’s evidence against Shiloh there, he needs to get his hands on it. They go back to talking about Joss and Carly tells him about the séance. She’s worried Joss can’t move on if she keeps doing those types of things. So, maybe being at the PCPD is giving her something new to focus on. After Jason has left, Joss returns to a freaked out Carly who then sees Sonny enter the house. He announces Dev will be staying with them.

Nina eyes are on the bigger prize.

Sonny tells Robert its time to pay up.

Dev Is Arrested for Breaking Into...

Shiloh Taunts Alexis and Refuses to...