Dev Is Arrested for Breaking Into Lulu’s House 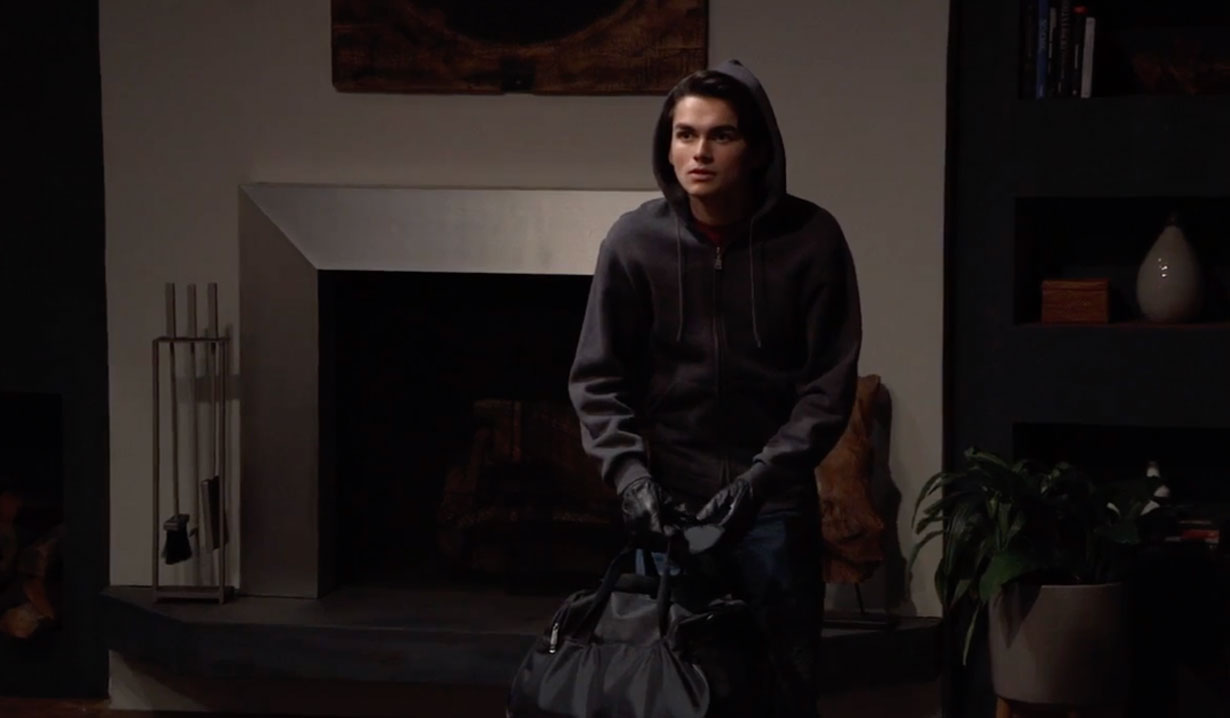 Kevin and Laura arrive at General Hospital to meet Finn, who asked them there. They wonder if it is about Ryan. It’s not, but Finn says that Ryan is doing well, and nobody is paying attention to his claims that his kidney was stolen. Finn asked them to come in because of Kevin’s suspension. 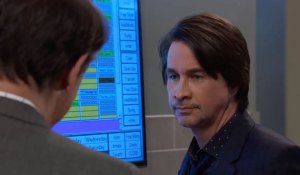 Normally Monica would give him this news, but she’s dealing with family matters. Finn explains the board met today in what was a very heated discussion, and it was a close vote, but Kevin has been reinstated. Kevin thanks him for the news, and thanks Laura for still loving and supporting him. On their way out to celebrate, Laura gets a call from her assistant, who needs her to come into the office and deal with a snag in the budget. Kevin understands and suggests they’ll celebrate later tonight at home. 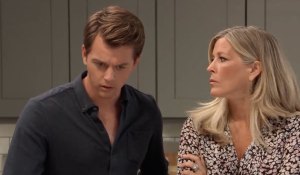 At Sonny’s place, Michael brings dinner for his parents when Jason arrives with information from their former DA. He tells them about the suspicious death of Douglas Miller at the Beecher’s Corner Dawn of Day house. Harmony’s real name is Lorraine Miller and was his wife. He wants to head back to Beecher’s Corner and do some digging, but Michael realizes Harmony could be Willow’s mother and asks them to hold off because he may have more information but needs to confirm it. Michael leaves, and Sonny assumes he’s gone to meet Willow. 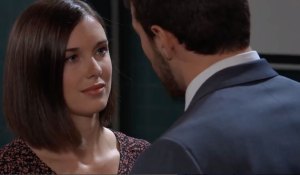 At the PCPD, Willow and Chase kiss, and he offers her the use of his place to stay at any time she needs. He also tries to assure her that Diane Miller will do everything she can to keep Shiloh from Wiley, but Willow worries it might not be enough. He reminds her that Sam and Carly are Wiley’s Aunts, and they are married to Jason and Sonny, and they are a force to be reckoned with. He points out that Wiley has an army looking after him. They hug and she leaves to meet Diane.

At Kelly’s, Lulu calls her friend and tells them to get back to her house immediately because her date never showed, and they could be breaking into her place. Later, Willow meets with Diane at Kelly’s to discuss the hearing tomorrow. Diane informs her that Shiloh has hired an attorney with a nasty reputation for being ruthless, so she needs to remain calm and collected or they’ll sense her fear. Diana plans to present her as a more upstanding person in comparison to Shiloh, and they will focus on Shiloh having a harem of tattooed women he controls. She tells her to go home and get a good night sleep. Willow gets a text from Michael, and later meets him outside the restaurant. Michael has some questions about Shiloh and a suspicious death in Beecher’s Corner, a man named Douglas Miller and Harmony’s ex. He asks if this was her father, and Willow confirms it but can’t discuss it. He asks why. She blurts out, “I killed him.” 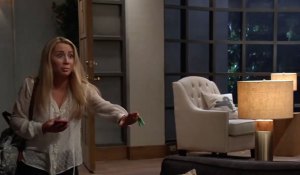 Lulu finds Dev, dressed a black hoodie and holding a bag in the middle of Lulu’s living room. She snaps his photo with her cell and warns him that he better hope the cops arrive before her step-father does. Dev takes off as Lulu calls the cops. Lulu arrives home and finds Joss giving a statement to the cops about the robbery. The police don’t think the guy got far. After they leave, Lulu tells Joss that it doesn’t appear he took anything, and wonders what Joss was thinking walking into the house when she saw it had been broken into. She lectures Joss on the fact that she could have been killed. Joss gets it, and Lulu apologizes for yelling given what she’s going through with Oscar. Lulu thinks they should call her mother, but Joss asks her not to because it will just stress Carly out.

Back at the PCPD, a cop brings in Dev, and Chase calls Lulu that they may have the guy who broke into her house. Lulu and Joss arrive, and Joss identifies Dev. Dev explains there has been a misunderstanding. He claims he caught the man robbing the house and scared them off because he’s friends of Sonny’s. Dev is taken to the interrogation room, and Lulu explains the story she’s been working on to Chase involving the dating app burglaries. Meanwhile, Joss calls Sonny and tells him that she’s at the police station and there is a kid with a middle eastern accent here who says he knows him. Sonny heads to the PCPD, and Joss leads him to the interrogation room window. Sonny remembers Dev from Turkey and tells Chase that he may have made a mistake and asks to speak with Dev. Chase allows it. Sonny heads in to see him.

Willow explains she had to choose DoD or her father.

Diane meets with Alexis and asks if she’s done any digging.

Neil discusses with Kevin the fact that he has feelings for a patient of his.

Kim admits to Liz that she asked Julian to have a baby with her.

Jason stresses to Carly that if there is evidence then they need to get their hands on it.

Diane Discovers a Death Notice For...