Tuesday June 17, 2019: On General Hospital today, Carly shares her concerns with Sonny, Kim asks Julian to have a baby, and Margaux says goodbye to Drew. 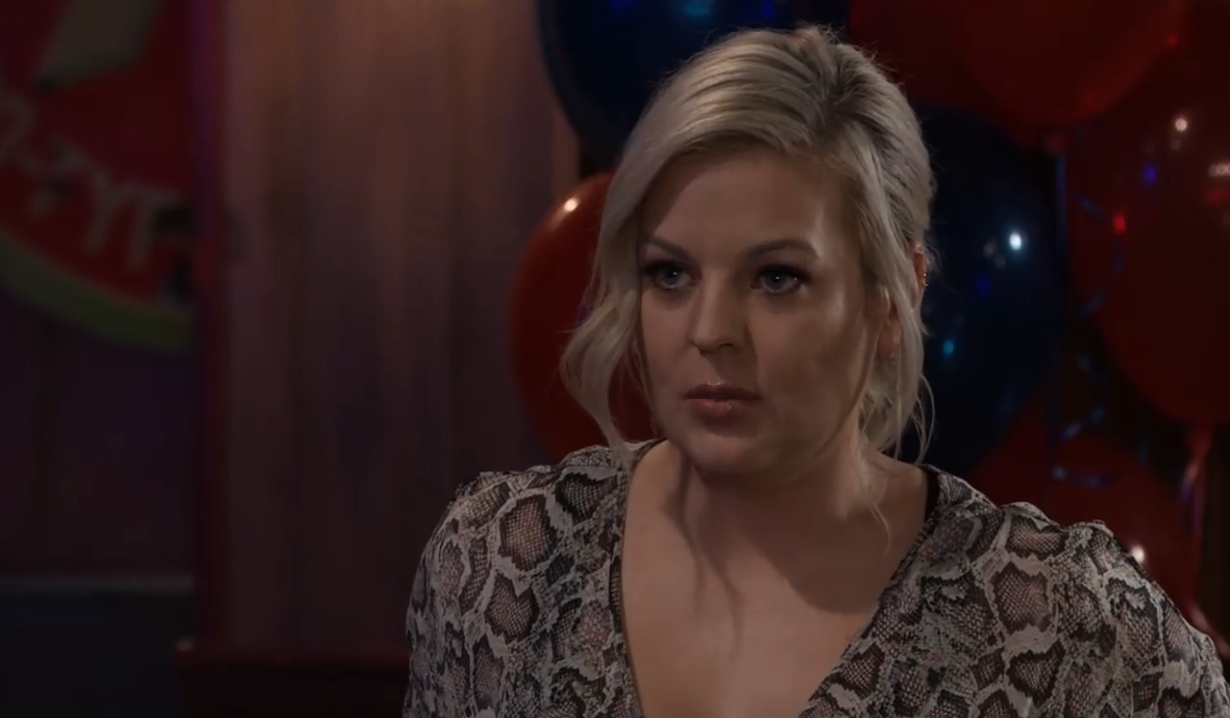 Joss goes outside at the Corinthos compound and wonders if Oscar’s spirit is there. When she goes back inside, Sonny sends Rocco off to watch baseball. Carly notices her daughter was trying to contact the dead boy’s spirit. Joss isn’t sure the séance worked. She tells them not to worry. They reassure her that Oscar knew she loved him. 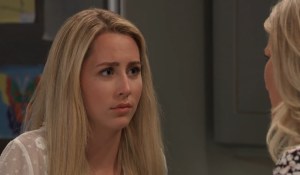 Joss reminds them she was sleeping when he died. Rocco runs in to say the Yankees won. Sonny takes him upstairs and promises waffled. Joss worries about all the time Dante is missing with his son. Carly suggests her daughter get counseling. Joss says she has plenty of people to talk to already. Sonny returns and says that Rocco needs his baseball glove to sleep with. Joss insists on going to get it. After she’s gone, Carly tells Sonny that she had a blood test which showed elevated protein. There could be some kind of birth defect. Sonny says the baby will be perfect, no matter what happens. 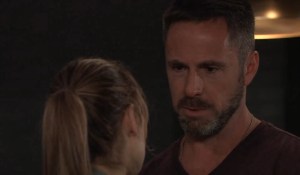 At her place, Kim tells Julian that she wants them to have a baby so she can have a sense of hope again. He could be a father like he’s never been to his other children. Julian reminds her that he doesn’t have a good reputation as a father. It would be a dream come true for him to raise a child, but he can’t do it. He points out that she’s not ready yet and no baby she has will be Oscar. That offends her. Julian tells her she needs to grieve and promises to be with her every step of the way. After she’s had time, they can discuss this again. Kim decides he’s being wise. They talk about his relationship with his kids and how he’s working to help Lucas keep Wiley. That only convinces Kim he’s a good dad. Once he’s left, she looks at a photo of her with Drew and their son. 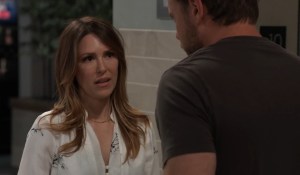 Margaux drops by the hospital with flowers for Jordan. She runs into Drew and pays her condolences for the loss of his son. He tries to avoid her. She reminds him that she is leaving Port Charles and there’s something she needs. The lawyer tells him about getting wrapped up in Dawn of Day and compromising her position as DA. She’s joining a firm out west and hopes he can forgive her for using him. A nurse listens in as he tells the lawyer that he’s contemplated the flashdrive but nothing on it is worth what he would have to give up by getting his memories back. Drew forgives her for what she did. They discuss his past with Shiloh, which Drew doesn’t recall. When he admits that Shiloh asked about the flashdrive, she says the cult leader has a vested interest in his memories. They say their goodbyes. 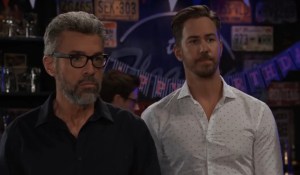 The party is winding down at the Floating Rib. Lulu is about to leave for a date, so Felicia asks if she’s broken up with Dante. Lulu explains she is just researching an article on burglaries and try to find the perpetrator. Mac isn’t happy that Peter seems to be allowing Maxie to use herself as bait. Everyone piles on but Lulu insists on ignoring them. Once she’s left, Maxie insists they bring Dante home fast. Mac explains that Dante is being treated for severe PTSD. Maxie thinks he needs to come back anyway. Robert saunters in, looking for a drink. He explains the WSB is forcing him to retire. Maxie asks him where Dante is. Robert knows but can’t say. Besides, Dante needs to heal. He leaves to take a call and Maxie eavesdrops on him mentioning the clinic where Dante is. 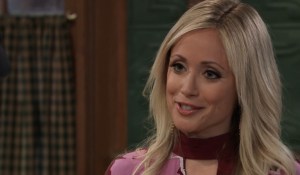 Lulu goes to Kelly’s and meets a guy for a date. While he’s at the counter, she calls her friend Stevie to stop watching her house. After Lulu chats with the guy for a while, she tells him she’s a reporter working on a story. It soon becomes apparent that he’s not the guy she arranged to meet. Lulu immediately calls Stevie to get back to her house.

Someone breaks into Lulu’s place. Moments later, Joss arrives. When she turns on the light, she finds the robber, Dev, (played by Ashton Arbab).

Michael pays his father a visit.

Kim Wants a Baby With Julian, and...

Dev Is Arrested for Breaking Into...