Brad Visits Nelle, Who Wants to Be a Part of Wiley’s Life 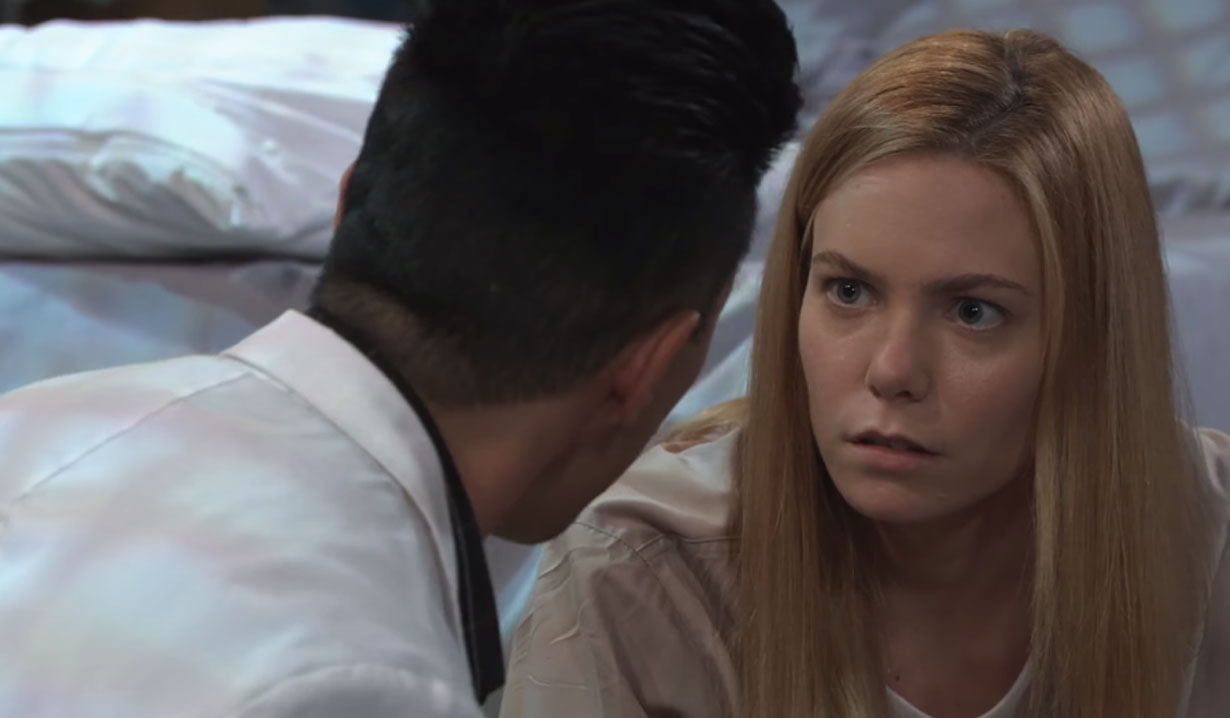 Sam and Jason go to the Metro Court where they meet up with Carly. They discuss Shiloh, whose reputation has been tarnished, and people are beginning to come forward about The Trust and the pledges.

At General Hospital, Willow and Michael spy Shiloh staring at them right after Willow was served with a court order. He walks away, and Willow fears that Shiloh knows the baby survived. Michael assures her that if he gained the information illegally then Diane will have it thrown out. Willow calls Diane and lets her know she’s been subpoenaed. Diane’s words calm her down, and she tells Michael that she knows what she has to do. 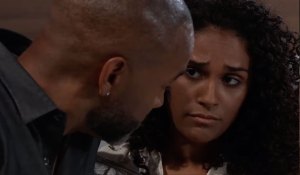 In Jordan’s room, Curtis finds her looking at paperwork and assumes she’s working, only to discover she’s going over medical bills. They look over the astronomical charges, and Curtis promises her that they will get through this.

Brad drops supplies off at the clinic in Pentonville and visits with Nelle. She can see he’s nervous and asks if something wrong with the baby. He assures her that Wiley is fine, but the birth mother of the child they were supposed to have adopted has been poking around in their lives, and now the biological dad has come into the picture. He’s worried what will happen if the truth comes out. He wants to make sure that her wishes are to have the baby with them and not Michael. Nelle asks about Michael and who that trash was she saw him with on the red carpet at The Nurses’ Ball. Brad tells her that she needs to forget about Michael. Nelle reveals she’s been on good behavior and could be up for early parole and asks Brad if he’d be open to letting her be a part of her boy’s life. He thinks they should not get ahead of themselves, but Nelle believes Wiley will need a strong female role model. She promises she’s no threat, and the only thing that matters is that Carly never gets her hands on the boy. Brad leaves and whispers, “God help me.” 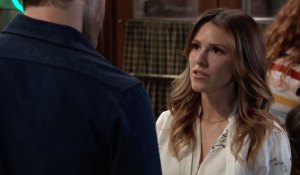 At Kelly’s, Margaux meets with Lucy to sell her place. Lucy gets on it and departs as Shiloh enters. Margaux tells him that she can’t believe he convinced Harmony to take the fall for him. He claims she was guilty, and he had no part in her antics. She realizes he’s more delusional than she thought, and he’s setting himself up for a colossal fall. He promises her that one day she will see that DoD was her salvation, and he will welcome her back to his flock. Outside, Joss runs into Lucy and asks for her help contacting someone who has passed on. Lucy feels her loss is too fresh for this, but Joss needs a chance to say goodbye. Michael interrupts and asks Lucy if he got her text. 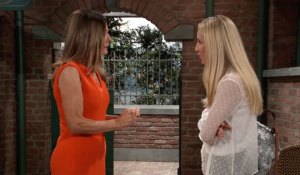 She did, says it’s done, and the person he may be looking for is inside. Michael enters and taunts Shiloh about his lost followers. Shiloh gloats he will gain new ones soon. Shiloh decides he needs to get back home, so Michael reveals he just bought the house Shiloh is renting. He is turning the house into a refuge for abused women. Shiloh points out he has a lease and wishes him luck trying to break it. Back outside, Lucy tries to convince Joss that Oscar would want her to live her life without him. Lucy leaves, and Joss researches seances online.

Willow visits Harmony at the PCPD after pleading guilty at her arraignment. She’s being transferred to Pentonville. Willow begs her mother to wake up because Shiloh will let her take the fall for him. She asks her mother to team with her and stop Shiloh and suggests they can start over and be a real family again, all she has to do is tell the truth. A cop enters to take Harmony away, and she says goodbye to her daughter. 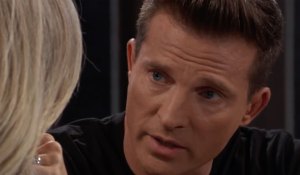 Back at the Metro Court, Margaux interrupts Jason, Sam and Carly and asks to speak with Jason privately. They excuse themselves, and she gives Jason some information on a DoD member in Beecher’s Corner who died of a mysterious drug overdose after a dispute with Shiloh. Even though the case was closed, she suggests there could be evidence left behind that Shiloh overlooked because he thought it was settled. Back at the table, Carly opens up to Sam that the baby has high AFP levels, which could mean birth defects or chromosomal issues. Sam thinks she and Sonny can work through this, but Sonny doesn’t know and she isn’t going to tell him until she knows for sure.

Back in Pentonville, Nelle meets her new roommate, Harmony.

Curtis worries how they will pay Jordan’s bills.

Trina and Cam urge Joss to go through with her plan.

Laura goes to Mac for help.

Kim tells Julian that she doesn’t know who she is.

Valentin offers to buy Jax’s half of Aurora.

Kim Wants a Baby With Julian, and...