Ryan Wakes up in Pentonville and Learns His Kidney Was Stolen

Wednesday June 12, 2019: On General Hospital today, Ava is reluctant to tell her story to Crimson, Kim becomes ill in Tanzania, Ryan accuses Finn and Kevin of stealing his kidney, and Jordan begins to figure things out. 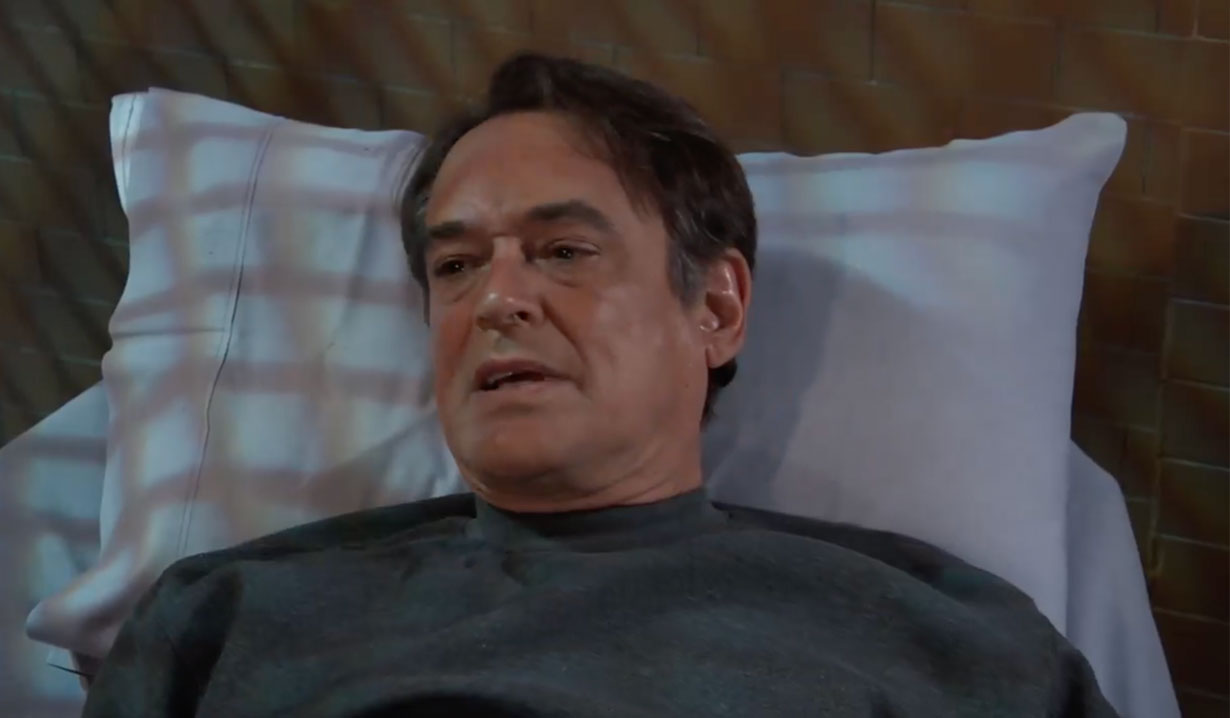 Jax brings Joss to Crimson, and she’s happy he is going to be sticking around Port Charles. In Nina’s office, Nina, Ava and Maxie brainstorm about the article and photos for Ava’s piece as Jax enters. He asks Maxie if she could show Joss, who is in the outer office, around. Maxie leaves, and Ava demands to be able to tell her story, her way and in her words. Jax can’t believe she’s so obsessed with preserving her integrity and lashes out at her for killing Connie and Morgan. Nina apologizes to Ava and suggests they take a breather. Ava refuses to give her story to Crimson and storms out. Nina orders Jax, who admits to losing his temper, to go to Ava and convince her to sign the contract. 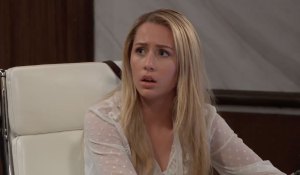 In the outer office, Joss sends a text to Oscar and is surprised when it is received. Maxie finds Joss in a troubled state. Joss explains someone is reading Oscar’s texts, which Maxie admits is eerie. It turns out to be Drew, who found Oscar’s phone in Kim’s suitcase. He explains in a reply that they put Oscar to rest. Joss recounts that Oscar died when she had fallen asleep, and she feels she missed her chance to say goodbye. Maxie suggests they bring him back with a séance. 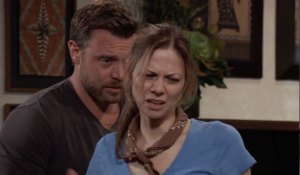 In their hotel room in Tanzania, Kim is wiped out from the trek up and down the mountain, becomes dizzy and passes out. Drew gets her into bed, and when she wakes up, she is confused. He tells her to rest. Later, Kim finds Drew sitting next to her crying. He apologizes, but she only sees Oscar and tells her son never to apologize for showing his feelings. Drew explains she has altitude sickness and the meds are confusing her. She insists she’s not confused and apologizes to Oscar for not telling his father about him. Drew plays along as Kim begs her son to forgive her for failing him. Drew tells her that she did reunite him with his father, and she needs to get some sleep. After some rest, Kim wakes up and is in a better state of mind.

At General Hospital, Curtis, Stella and Liz check on Jordan. Later, Jordan admits to Liz that she still doesn’t understand why Ryan chose to help her. Kevin and Franco enter to see how Jordan is doing. 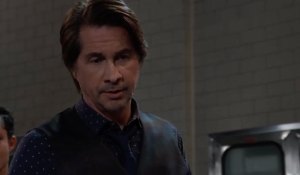 Ryan wakes up in a Pentonville hospital room as Finn tends to him. Valerie explains where he is. Ryan’s confused as to how he got there and why his abdomen is in so much pain. Finn checks the incision site and explains it’s where they removed his kidney. After Valerie leaves, Ryan rants that he never would have agreed to donate a kidney. He realizes Finn and Kevin conspired to steal it. Ryan rants that no prison has ever been able to hold him, and one day he will get out and come for all of them. Finn leaves, and later someone enters. Ryan recognizes them from somewhere. 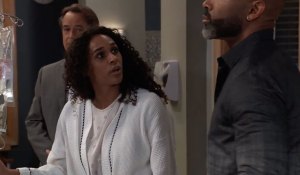 Valerie arrives at General Hospital, and Curtis asks about Pentonville. Back in Jordan’s room, Jordan continues to wonder why Ryan gave her his kidney and wants to speak to him. Kevin tells her Ryan fell into a coma after the surgery and has been taken to Pentonville. Jordan asks Kevin to help her out of her hospital bed, and she goes out into the hall and finds Curtis, Stella and Valerie there. She demands to know why they didn’t tell her Ryan is in a coma. Valerie reveals that Ryan is awake and been ranting like a crazy man and said he never consented to the operation. Kevin suggests Ryan is faking it and playing crazy to lay grounds for an insanity defense. Jordan won’t let that happen. Stella suggests they let Jordan rest. Once back in her room and alone, Jordan calls Chase and asks him to look into something for her. Later, Curtis returns to check on Jordan, who explains she believes Ryan was forced into giving up his kidney. As she explains her theory to Curtis, Curtis has flashes of how it all played out. Finn poisoned Ryan to put him in a coma, while Valerie watched his back, so he wasn’t caught. Kevin took his place and signed the consent form. Liz and Finn stashed Ryan in Franco’s art therapy room, which he closed down after claiming he spilled hazardous paints in it. Curtis remembers it was him who pitched the idea to all involved. He asks if she plans to look into this, but she states if the mastermind is who she thinks it is, then she knows there will be no evidence to be found. At the nurses’ desk, Franco reminds Liz they need to have a proper celebration of their marriage and family. She agrees.

Ava tells someone to take her as she is.

Shiloh tells Harmony, who is in jail, that he needs to find his son.

Sonny and Julian meet with Brad, and Sonny promises nothing will happen to Wiley.

Carly vents to Jax, “That bitch is still walking around and my son is dead.”