Shiloh Finds Evidence That Willow Had His Son 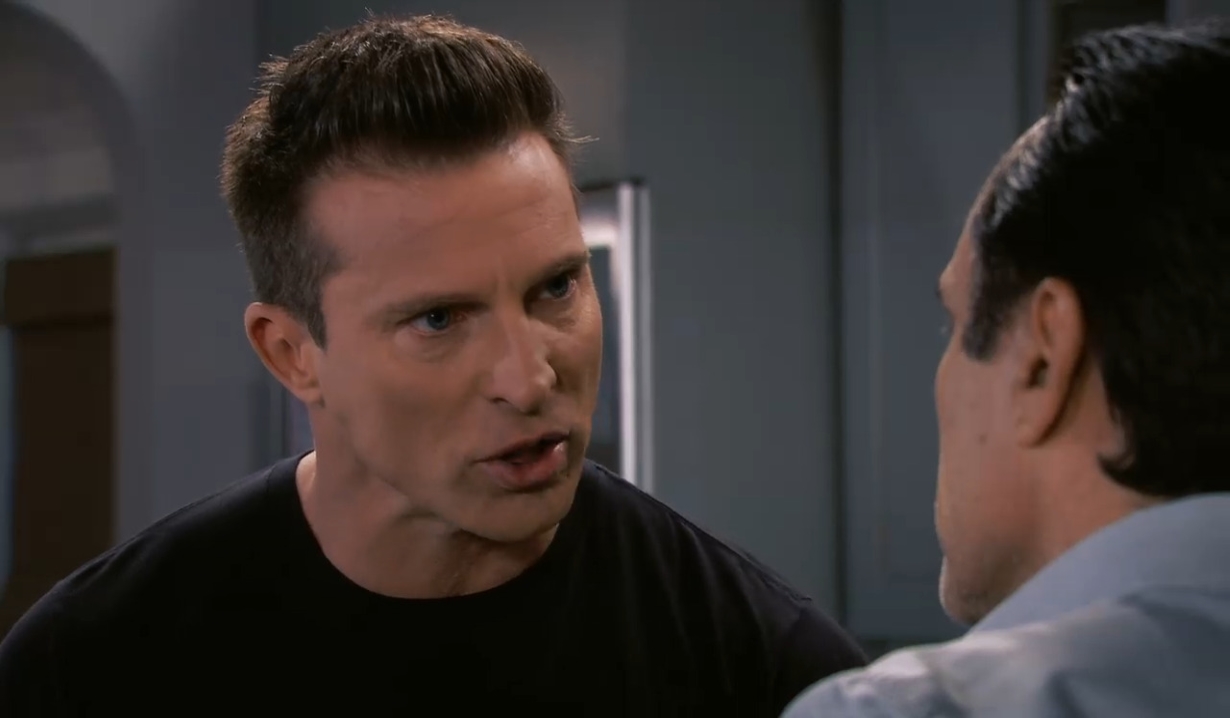 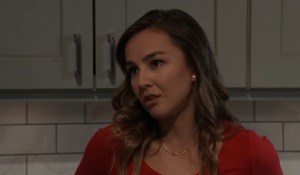 At the Corinthos compound, Sonny tries to keep Jason calm when he hears Shiloh is on the loose. Stone Cold doesn’t want to wait and needs to kill the cult leader now. His boss tells him that doing this on impulse will land him in prison. They need to wait. After Jason exits, Kristina runs in, hyperventilating about Shiloh. Her father promises that she doesn’t need to be afraid. She doesn’t want Shiloh to die for what he did to her; she needs to own her own stupidity. Sonny says he believes in her. His daughter asks him to stop fixing things for her. She repeats that she doesn’t want Shiloh’s blood on her hands and wants her father to respect this choice. 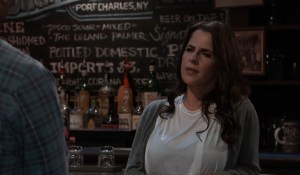 Shiloh sits at Charlie’s and orders a coffee. He goes through some paperwork and calls the birth records office. Arriving outside, Sam gets a call from Jason who warns her Shiloh is free. She walks in and tells Jason the man in question is there. Shiloh corners her and apologizes. He explains that Harmony drugged her and Sam insists that she still didn’t consent. Sam admires his capacity to run a long con. As she taunts him, he grabs her hand. Jason arrives and warns his next move could be his last. Shiloh mocks them and reminds them that the cops will come for them if anything happens to him. After he leaves, Sam tells Jason that things went too far and he promises that Shiloh will never touch her again. As they hold hands, he admits that he still can’t shake when Franco had her captive and has nightmares about it. He won’t ask her to change when she does things that scare him. Sam loves him and he makes her feel safe. Sonny calls and orders him to put their Shiloh project on hold. 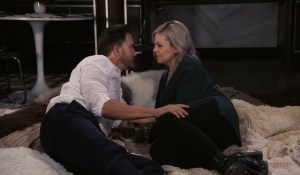 Peter visits Maxie at Crimson and they try to make plans. She checks her schedule and sees his birthday is coming up. Maxie claims she’s booked. He gives her longing glances, so she changes the topic to Dante. She’s worried that he might never come back and that could be bad for Lulu. Peter suggests she give him the time he needs to heal. Maxie insists that Dante and Lulu need to be together to help each other. She feels the need to make sure they know how much they love each other. Later, they relax and kiss. He says she taught him what love is. She thinks he’s getting the hang of it. 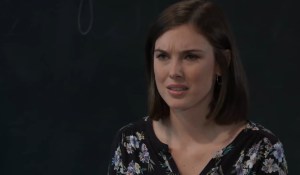 Chase drops by Willow’s classroom. She tells him about looking for work and her meeting with Diane. He breaks the news that the charges against Shiloh have been dropped. The teacher is perplexed but soon realizes her mother must be behind this. She tells him that Harmony has always been like this. Willow explains that her dad was more skeptical, but Shiloh talked him around. After Harmony slept with Shiloh, she drove her dad out of the cult, and he died. Harmony pushed her daughter into the trust but then got angry when Shiloh favored Willow over her. The cop repeats that she can protect Wiley. She’s determined to make sure no evidence that he’s her son will emerge. She takes out the one memento she has, a medical bracelet, and decides to destroy it. The cop offers to hold onto it until Shiloh is behind bars. 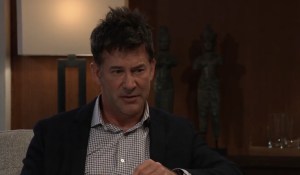 Alexis is in Neil’s office, filling him in on Shiloh and Willow’s baby. She explains that Julian came to her to help his son keep Wiley. The lawyer talks about how ‘morally complex’ Julian is. They discuss Alexis not having a lot of moral high ground and she vents about her ex probably being right. She mentions her manslaughters and various public embarrassments before wondering if her daughter thinks she’s more ‘ethically challenged’ than Sonny. When she asks him what he would do if his daughter had something on him, he ends the session. Talking about his private life is not part of her treatment. She starts apologizing for invading his privacy and he repeats they need to honor their professional boundaries.

Shiloh visits Charlotte at Mercy Hospital. They talk about Dawn of Day. She’s a big fan. He asks for information about his ‘sister’ Willow, claiming he’s worried about her. Charlotte shows him there is a record of Willow being admitted and having a baby boy.

Jordan has questions for Curtis.

Shiloh is Freed After Harmony...

Ryan Wakes up in Pentonville and...