Shiloh is Freed After Harmony Confesses

Monday June 10, 2019: On General Hospital today, Chase asks Sonny and Jason for a favor, Diane tries to reassure Willow, and Nina begs Ava to be on the cover of Crimson. 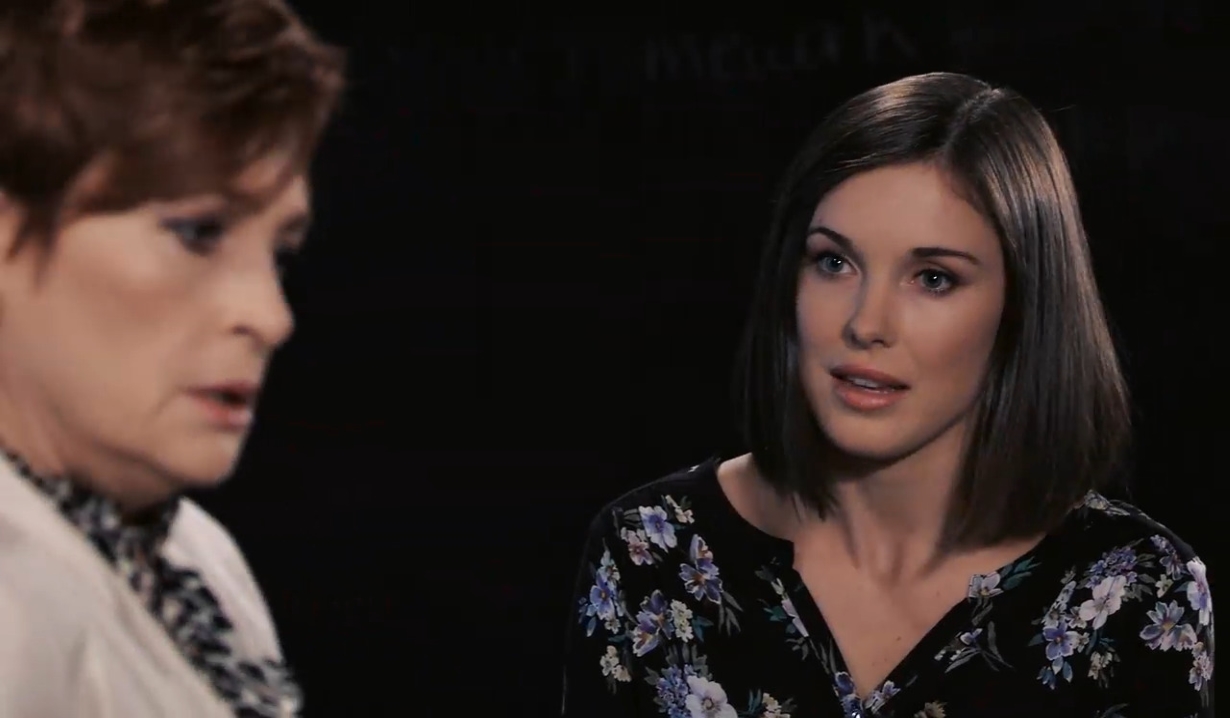 Bobbie bumps into Jax at the Crimson office and is happy to hear he’s sticking around Port Charles. Excited, she asks what’s keeping him there. They chat about Carly and he worries that she isn’t taking it easy while she’s pregnant. Then they talk about Michael dating Sasha. He tells her he’s working with Sasha’s mom. 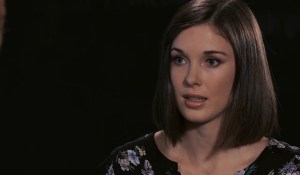 Diane joins Willow in her classroom. The teacher tells her she’s worried that Dawn of Day is watching her. The lawyer gets a call about Shiloh being arrested. Willow admits that she’s the one who told her mom Shiloh was the father. Diane says he will never get his hands on the proof the child is alive. Willow explains that the records in Albany have been replaced and Diane has the last copy. The lawyer isn’t about to intentionally lose the document and insists that legally Shiloh can’t get the evidence he needs. Besides, Sonny always gets what he wants, one way or another. 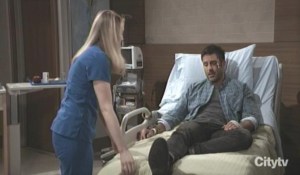 At the hospital in Beecher’s Corners, nurse Judy checks on Shiloh. She’s sure that he’s innocent. He’s just focusing on his child and asks her about tracking down a birth certificate. After he tells her that he’s estranged from the mother, Judy offers to track down the information he needs. Down the hall, Jason checks with Chase on the charges against Shiloh. The cop tells him charges are on the way. Margaux is hitting him with every possible felony. She’s also resigning as DA. Chase thanks him for not killing Shiloh. After Jason departs, Shiloh is brought out. Harmony arrives and announces that she’s the one who drugged Sam and Kristina. She offers to give a full confession. Shiloh acts angry and lashes out at her. Harmony keeps repeating she is the guilty one. She’s taken into custody. 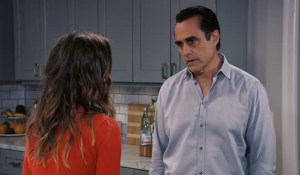 Kristina finds her father making a salad in the kitchen of the Corinthos compound. She gives him some herbs and they hug. Kristina thanks him for standing by her and helping her see the truth about Shiloh. Her father assures her that Shiloh will grow old in prison. She feels like she’s been a fool and she’s just lucky her family is so good to her. As Jason arrives, she leaves. Sonny tells him his daughter’s thanks made everything worth it. Jason confirms that Shiloh is Wiley’s father and they talk over the situation. Sonny hopes that Shiloh going to prison will solve things. Chase arrives and informs them about Harmony’s confession. They can’t arraign Shiloh. Margaux let him go as her final act. The cop asks them not to take matters into their own hands. Once the cop leaves, Sonny tells Jason that whatever happens to Shiloh can’t be traced back to them. 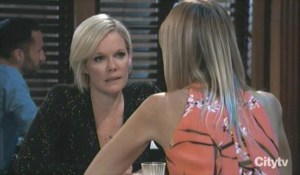 Nina and Ava meet at Charlie’s. Nina wants her on the cover of Crimson for September with a detailed interview about her life. Ava refuses to talk about Ryan. They rehash their past arguments. Nina assures her that she didn’t deserve what happened to her. Ava doesn’t want to share her pain, but Nina keeps trying to sell her on this. Jerome says plenty of tabloids have come after her. It doesn’t matter if a woman with a 20 dollar or 500 dollar haircut is reading her story, they’ll still be judging her. Nina suggests an expose would help women be empowered. Ava still shoots her down. Reeves keeps pushing and promises her final approval. Getting the public on her side could help at her trial. Meanwhile, Carly joins Lucas at the bar and they talk in hushed tones about Shiloh being Wiley’s father. She’s annoyed that he turned to Julian for help instead of Sonny. Julian interrupts and reminds her he’s Lucas’ father. Carly says Shiloh will be arrested and he needs to stay out of this. They bicker. Lucas assures her that Willow is already on board with them. Julian suggests Carly is just upset that Lucas came to him rather than her. Kristina arrives and makes them drinks. They toast to her being back and she quizzes them about what’s happening. They keep mum until she’s gone. Carly goes back to lecturing Lucas. They are shocked when Shiloh wanders through the door and announces he’s been cleared of all charges. After he’s thrown out, he calls for a birth record.

Nina goes up to the Crimson office and tells Jax that Ava has agreed to be on the cover.

Shiloh gets under Sam’s skin.

Chase is shocked when he discovers that Harmony is Willow’s mom.

Jordan's Life Is Saved and Ryan's...