Jordan’s Life Is Saved and Ryan’s Taken to Pentonville

Friday, June 7, 2019: On General Hospital today, Maxie pitches a shocking Crimson cover, Kevin comes to a decision about Ryan, and Jordan's surgery is a success. 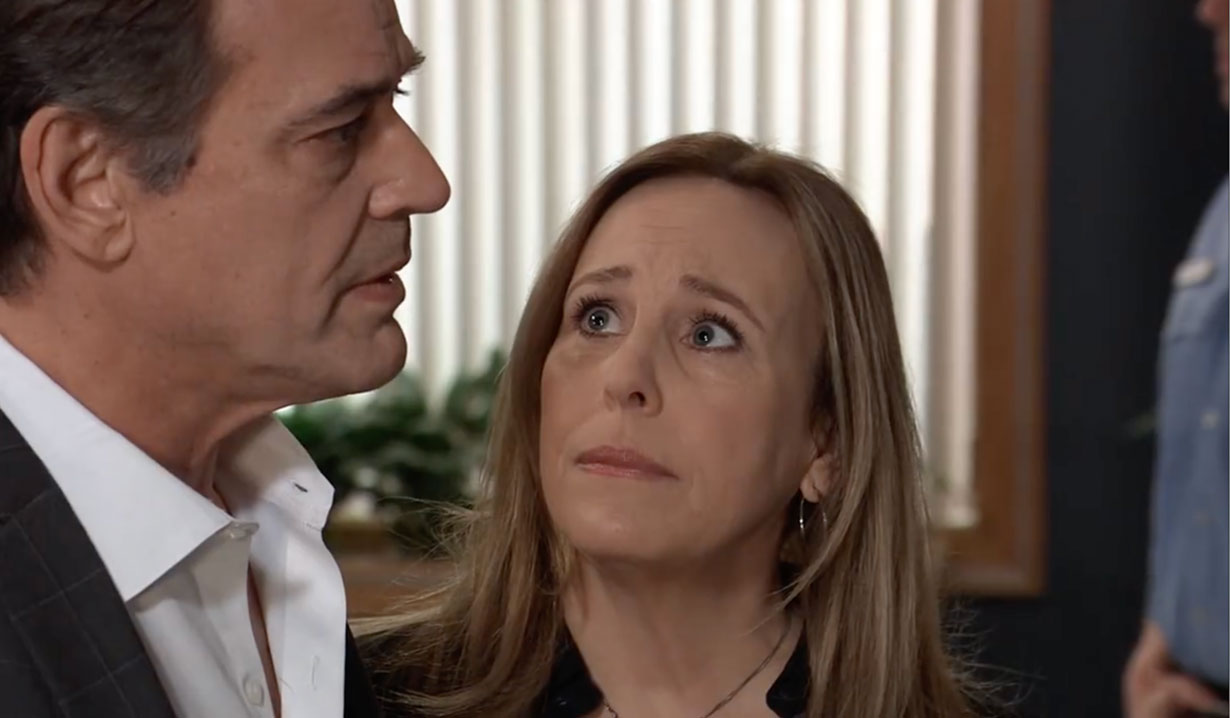 Jax stops by Sonny’s place to see Joss and has a surfboard. Carly says she’s at Oscar’s meadow. He knows their daughter has to process her loss, but she also has to keep living in the moment, so he thinks getting back to surfing will help her. 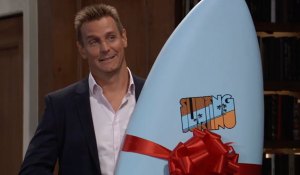 Jax gets a message that the revised budget for Crimson is in, and he tells Carly about his purchase. She congratulates him but wonders if Joss knows he’s planning to stay in town. He was going to tell her this weekend. Carly is happy he is there, and hopes the spirit of mutual cooperation between him and Sonny continues. He agrees to coexist with Sonny for her. Jax puts the board in Joss’ room and departs. 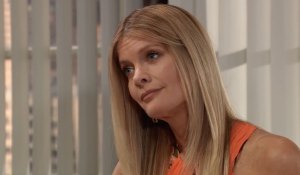 At Crimson, Maxie, Nina and Sasha discuss who to put on the cover of Crimson. Maxie suggests Ava. Nina asks why they should put her on the cover seeing she’s a grasping, poisonous, bitch. Maxie says because that’s what sells magazines. Sasha gets a text from Michael suggesting they meet, and Nina pushes her to go see him. After she’s gone, Nina tells Maxie she won’t exploit Kiki’s death, which is just what Ava will do if they give her a medium. Maxie sees it as using Ava’s weakness, her vanity, against her to make money. Nina likes it and rushes out to find Ava. Jax arrives, and he asks Maxie why Nina was ranting about Ava on her way out. She explains they are working on something that not only will bring in revenue but lead to Ava getting exactly what she deserves. 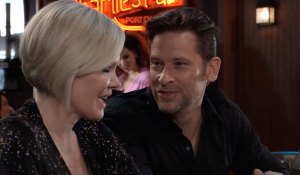 Franco meets Ava at Charlie’s and tells her that Ryan has fallen into a coma. He thinks he’ll be off to Pentonville the minute he wakes up, and the best thing they can do is move on and forget Ryan. The topic switches to her gallery and Franco pushes her to get back to work and not let Ryan take anything else from her. Later, Sasha meets Michael at the restaurant. Michael surprises her with a spontaneous trip to Martha’s Vineyard. She gushes that Martha’s Vineyard is her favorite place on earth and accepts. Back at the bar, Ava calls a client when Nina approaches her. She offers to put Ava on the cover of Crimson.

At General Hospital, Laura tells Kevin that if Ryan doesn’t wake up, at least he did something decent on the way out. Kevin is sure he will wake up because Ryan is hard to kill. Laura asks Kevin how he feels. He feels fine, and he has no remorse over what they did because Ryan wouldn’t have given a kidney voluntarily to save Jordan. He plans to cut off all contact with him and is finally done with his brother. He vents that his brother’s life isn’t a total loss because he did save Jordan. Laura knows what happened to Ryan was tragic, but what happened to him has happened to other kids and they don’t all grow up to be serial killers, so the abuse doesn’t excuse what he became. 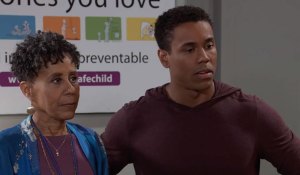 Elsewhere, Finn and Liz give Curtis, TJ and Stella news that Jordan’s surgery is going well. Curtis sees Liz holding paperwork, and she explains Jordan signed a DNR. TJ assures him this is standard protocol, and he knows mom will make it. Later, Finn and Liz return with the news that the surgery was a success and Jordan is in recovery. Curtis, Stella and TJ hug. Later, Curtis goes into Jordan’s room as she is waking up. He welcomes her back and says the nightmare is finally over. Meanwhile, Stella finds TJ decompressing, and tells him how strong and brave he’s been through this whole ordeal. They go in to see Jordan, and later when Curtis is alone with her, Jordan admits she finds it hard to believe Ryan gave her his kidney. Curtis simply says, “The lord works in mysterious ways.” Back in the hall, Franco arrives, and Liz tells him, Laura and Kevin that Jordan is doing well. Kevin thinks they pulled it off, and Franco says the did. Laura chimes in that technically Ryan did with a stroke of the pen. Officers arrive to transport the still comatose Ryan to Pentonville as everyone watches. Elsewhere, Carly meets with her OGBYN for another round of tests.

Nina tells Ava she wants to give her the opportunity to tell her story.

Julian asks Carly why she’s warning Lucas to stay away from him.

Jason asks Chase for an update on Shiloh.

Kristina asks her father if the cops have enough evidence to keep Shiloh locked up.

Shiloh asks someone how he goes about tracking down a birth certificate.

Flashback Friday! On June 8, 2015, on General Hospital, Laura caused Luke to end his engagement to Tracy as Ava introduced herself to Michael as Denise.

Ryan Slips Into a Coma as Jordan's...

Shiloh is Freed After Harmony...