Monday Jun 3, 2019: On General Hospital today, Valentin and Sonny have something in common, Nina has a request for Valentin, and Franco tries to keep Ava away from destruction. 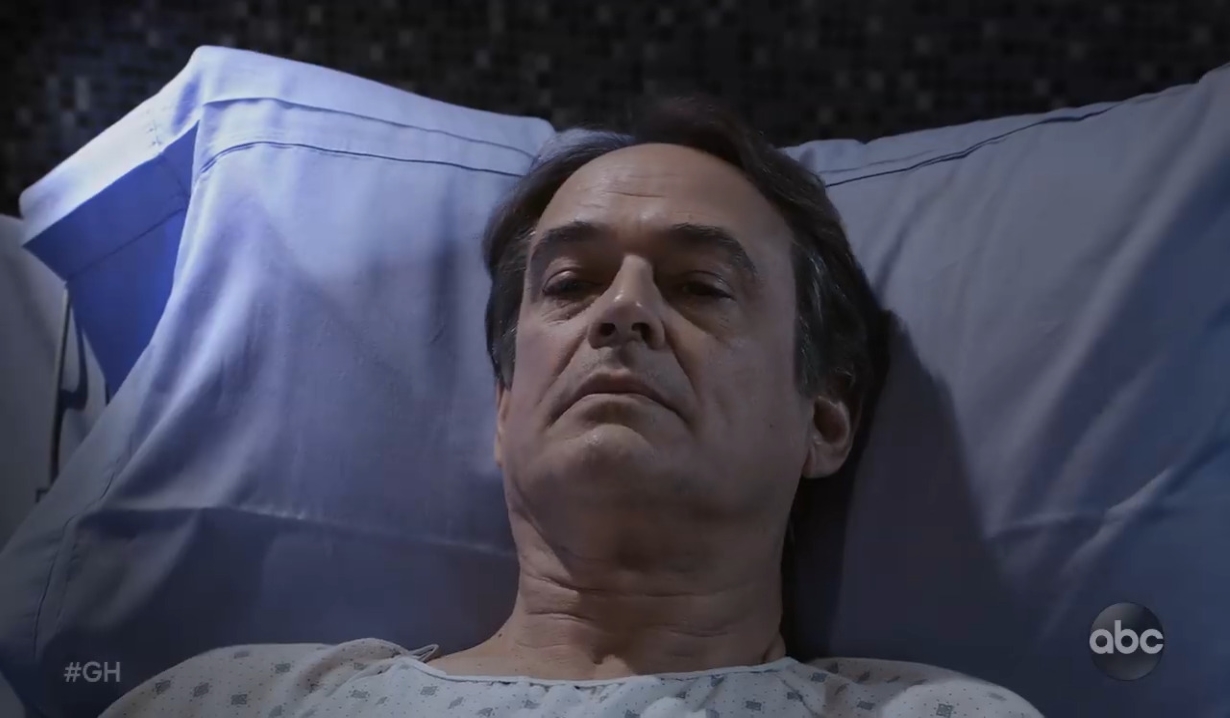 Sasha and Nina are working at Crimson. Sasha is ready to reschedule her date, but Nina assures her it’s okay and she’s sure she’ll love working with Jax. Valentin arrives in time to hear this. After Sasha takes off for her date, Valentin tries to tempt Nina away from her meeting. She says he’s incredible, but she can’t be whisked away today.

Michael startles Sonny at the Metro Court bar. Sonny says Jax has been getting on his nerves. Jax strolls in. Michael is surprised when Sonny asks him to get Jax out of town. Sasha arrives and Michael tells his father to do what he has to for the people he loves. 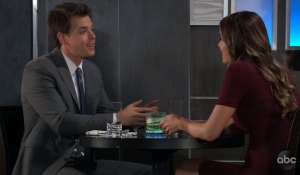 When Michael joins Sasha, she asks about Jax and fills him in on his purchase of Aurora. Michael doesn’t think this will end well because of the friction with Sonny. She’s noticed that Michael seems like a combination of the two men. He admires how perceptive she is, and she admits he’s intriguing. She asks him to her room for a drink. Meanwhile, Jax joins Alexis across the room and she informs him he’s now the half owner of Aurora. She tells him it’s on the house, but he refuses the offer. The lawyer warns him that Valentin is an evil billionaire and he’s not crazy like the other Cassadines. Jax isn’t worried. Neil shows up and Jax takes off. 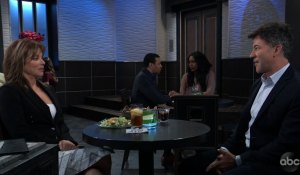 The doctor admires how well she gets along with her ex. She explains that they never consummated their relationship and they still think the world of each other. They discuss Kristina and Alexis admits that the pledge was about her. She’s disturbed that her daughter would betray her before Sonny. She notices how much Neil seems to care about Kristina. He changes the topic and leaves. The lawyer searches for him on the internet and discovers his book was dedicated to his wife and daughter. 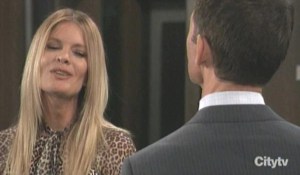 Back in the Crimson office, Jax walks in on Valentin and Nina making out. The Cassadine exits, listening by the door for a moment before departing. Nina and Jax get down to debating budget cuts and he doubts she can turn the magazine around in three months but agrees to let her try.

Valentin joins Sonny at the Metro Court bar. He wants to discuss Jax and tells Sonny about the purchase of Aurora. Valentin thinks they would both be better off if Jax was sent to the other side of the globe. Sonny smiles. Later, Sonny and Jax share an awkward moment talking about family summer plans.

Valentin returns to the Crimson office and Nina tells him about the deal she made with Jax. She needs them to postpone their wedding so she can turn the magazine around. That doesn’t put a smile on his face. She insists they can have a September wedding and he promises to make it happen. 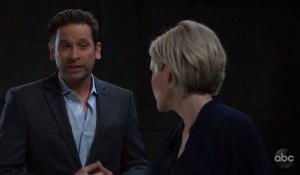 Ava and Franco visit Kiki’s grave with flowers. They discuss Ava getting out on bail. She says that she won’t fail the next time she tries to kill Ryan. He admits that hearing her talk like this makes him tingle, but Ryan can’t die until he saves Jordan’s life. He’d like to see something good happen for Kiki’s sake. Kiki once pulled him out of a self-destructive spiral and he wants to pay that forward. Ava can’t let go of her desire for revenge. 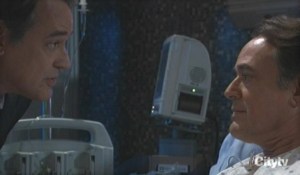 Kevin drops by Ryan’s hospital room. They banter about who has messed up more. The shrink is determined that his brother pay for what he’s done. After some threats, Ryan points out how boring his brother is without him. Kevin wants him to live to see how little he’ll be remembered. In the office, Curtis tells Finn they can forge Ryan’s signature. Finn warns that if they do that, they can’t let him wake up and doubts Jordan would want that. Curtis is willing to do whatever it takes. Later, Finn sits in the hall. 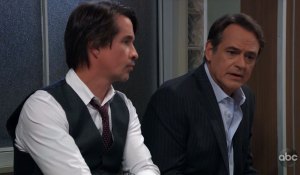 Kevin joins him and beats himself up for trying to find the humanity in his brother. The shrink thinks this makes him a lousy doctor. Finn isn’t sure that doing no harm and doing everything you can to help are necessarily compatible. Ava shows up and checks in with Kevin. They ‘officially break-up’ and he offers to speak to a judge on her behalf. She won’t forget all he’s done. Meanwhile, Valerie drops by Jordan’s room. The commissioner doesn’t know how to say goodbye. Valerie tells her not to give up hope. She walks out and gives Curtis a hug. He joins his wife and she tells him she has no regrets about their life together. Finn joins them and says there is a still a chance for her. Meanwhile, Kevin makes a mysterious call, and someone sneaks in Ryan’s room to inject something into his IV.

Stella Convinces Ryan to Donate His...