Thursday, May 30, 2019: On General Hospital today, Curtis is desperate, Julian turns to Sam for help, Jax and Nina get acquainted, and Franco pays Ryan a visit. 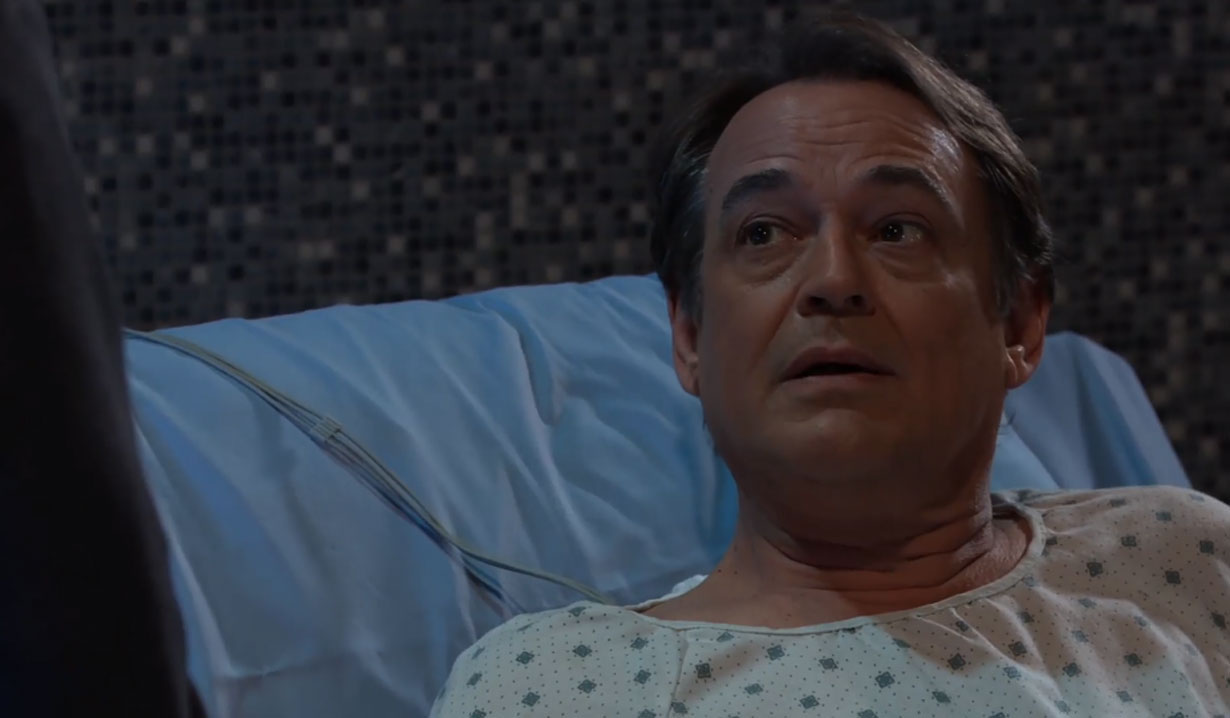 Lulu finds Franco and Elizabeth outside Jordan’s hospital room. They watch through the glass as Jordan struggles with Curtis by her side. Curtis thinks they should postpone her meeting with Franco, but she declares she’s still the commissioner and she can do this as long as he has her back. He assures her he does and vows to get her that kidney. Franco and Liz enter Jordan’s room, as Lulu stands outside writing her story about Ryan. Jordan presents Franco with an award for his role in catching Ryan. Once that’s done, Curtis helps Jordan back into bed, urging her to take it easy. She agrees but wants her phone to call the station. Out in the hallway, Lulu tells Franco she and Laura are very grateful for what he did. Liz and Lulu head out but Franco splits off to pay Ryan a visit. In Ryan’s room, Franco says today would have been Kiki’s birthday. Ryan calls her insipid and dull. Franco, in turn, taunts him about being so predictable that he walked into Ava’s trap. Now he’s left with nothing but his sad pathetic self. Franco tells him to enjoy prison – it couldn’t happen to a nicer guy. Back in Jordan’s room, Finn shows up and says Ryan is healthy enough to donate his kidney, but they can’t do anything without his consent. Curtis and Finn go out to the hallway and Curtis takes off to make sure Ryan’s donation will be a slam dunk.  Curtis visits Ryan and says he saved his life, now it’s his turn to save Jordan. Ryan says it’s a big operation so he’ll have to think about it. Curtis spits, “The answer is yes!” 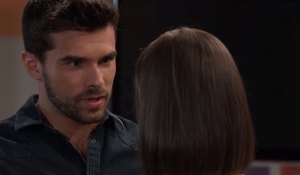 In her classroom, Willow gets off a call with someone as she holds on to her pledge. Chase walks in with flowers. She says she was talking to her lawyer. They talk about Shiloh and Chase promises to help her deal with him. They kiss and he leaves to follow up on something. Liz and Lulu show up with a petition for her to keep her job. She’s appreciative but doesn’t think it will make a difference.

Chase finds Finn at General Hospital. He wants to throw him and Anna a party, but Finn wants to wait until after Jordan is better. 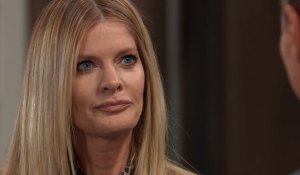 In Nina’s office, Jax tells her he is the new owner of Crimson. He made a deal with Drew to acquire 50% of Aurora Media, which includes her magazine. They talk about his relationship with Joss, Carly, and Sonny before he lays out his ideas for Crimson. He wants chic and cutting edge, but not pretension. He just wants to make the brand more recognizable and needs her to cut production costs. She doesn’t think that’s possible because she can’t read a balance sheet. He offers to teach her and they get to work. She says his ideas look great, but also like a lot of work, noting that she’s getting married. He tells her to do what she can and he’ll pick up the slack. Valentin enters and Jax congratulates him before leaving. When Valentin asks what’s going on, Nina enthusiastically tells him Jax is her new boss. Nina rattles on about how excited she is about Jax joining Crimson, as Valentin reservedly smiles. 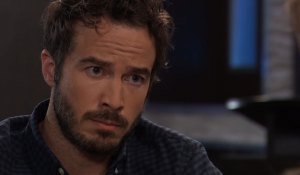 At the Metro Court, Lucas worries to Julian that Shiloh could challenge Wiley’s adoption. Julian promises to do everything in his power to make sure he holds on to his son. After Julian has left, Lucas heads to a meeting with Alexis. He updates her on Shiloh being Wiley’s birth father. Alexis is shocked but says they will fight like hell and work on a contingency plan in case they lose. She encourages him to go home and she’ll work on it. After Lucas has left, a waiter brings over a bottle of sparkling water. He says a gentleman sent it over and would like her to wait for him. Jax eventually shows up. Alexis says, “I knew it!” He updates her on Crimson and Alexis notes Crimson means Nina, which also means Valentin. She warns him Valentin is trouble with a capital T. Jax smirks as they toast. 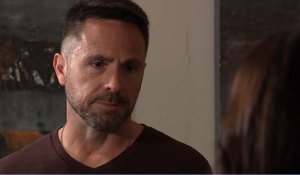 Julian greets Sam as she’s about to enter her place. He tells her Lucas needs her help, but he doesn’t know he’s there. He can’t give her all the details but asks for her help in destroying any paper trail of Wiley’s adoption. Sam isn’t ready to do anything illegal suggesting the situation might not be as bad as he thinks. Her ears perk up though when Julian makes references to a cult. Sam realizes the birth father is Shiloh and says she will do whatever it takes to keep Wiley away from him.

Jason asks Sam and Julian if everything is okay.

Robert tells Anna she is the love of his life.

Ryan asks what his kidney is really worth to Curtis.

Throwback Thursday: On this day, May 30, 2014, on General Hospital, Morgan kissed Olivia in reaction to Sonny sleeping with Ava, who told Sonny she was pregnant.